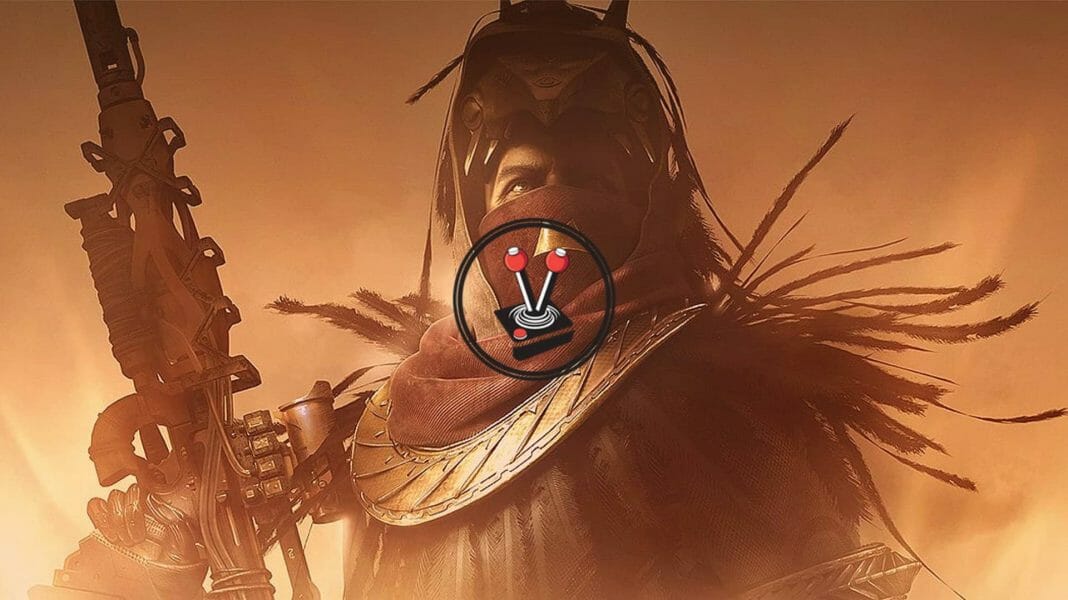 Destiny 2 (2017) may have been a surprise hit among both fans of Destiny (2014) and newcomers like myself, but one thing is for certain: it spawned two camps of people. One camp consists of players who absolutely hate the game, think of it as just an incremental update and nothing more. The other camp likes the game for what it is and thinks of it as a means for Bungie to make up for the critically lacklustre first game.

Since launch, Destiny 2 has managed to surprise and disappoint. Its first expansion, however, is quite clearly — and very simply — just one thing: a major disappointment. It is a brief two-to-three hour campaign that takes you to Mercury, offers a few new locales and adds one new Raid. On paper, this sounds alright, until you take into account what it actually offers.

Short, but not sweet [Story]

The overarching narrative was Destiny 2’s saving grace. Not only was it a decent fare into a science-fiction future-version of our solar system, it also acted as a heroic story of finding one’s self and liberation. You see, instead of answering questions players were left with in the previous game, Destiny 2 opted to scrape certain aspects under the rug (the darkness, anyone?), and created a much more focused and story driven campaign.

Destiny 2: Curse of Osiris is supposed to extend the narrative of the main game by addressing the much talked about legend of the Guardian Osiris. It is always nice when developers go back into old lore and answer underlying questions with a new lick of paint. Well, only as long as they do it justice. Alas, they did not. Bungie created a very short, very rushed campaign around Osiris. One that does not warrant the cost of either the game’s season pass or the add-on as a separate purchase. The story itself is alright, but hardly long enough to spend decent time on. My time with the downloadable content totalled no more than four hours, including one or two rounds with the extra adventures tacked onto the end. It starts off with the player-character being tasked to hunt down the “most powerful Guardian ever”. The player must join Ikora and travel to Mercury. There, they must uncover what Osiris has been doing with the Vex. Curse of Osiris introduces time travel into the game, and this is done well for the most part.

Vex, for instance, are one of the most interesting parts of the content. This is simply because they are tied to the story in such a way that it compliments the eight or so odd new missions. Half of which do not even take place on the expansions new locale, Mercury. For the most part, it works well. Osiris’ investigations into the Vex, the Vex time travelling and even the fancy new location players get to visit; they are satisfying, but only briefly.  As great as the very short story is, there is simply not enough extra content to satisfy players. In fact, the entire “expansion” feels like a series of tiny extra missions, a bit like doing extra work for Ikora or Cayde. There is no real meaningful addition to the game, not even from a story perspective.

Leading right off from the campaign, I can say that it takes you to the brand-new locale quite fast. The Infinite Forest area of Mercury is a decent little explorable site. That is until you figure out how small it actually is, and how little there is to do.

The Infinite Forest was one of the most hyped locales I have ever seen. All over Reddit and Twitter fans were going on about how Mercury would look and what it might offer. In the end, all players got was a single open-world event, two new Strikes, and a total of nine missions. I mentioned above that half of these missions do not even take place on Mercury. That may be somewhat of an exaggeration, but after you complete the missions and are left wanting more, you cannot help but wonder if this was really worth the cost.

The Strikes are arguably the better part of the downloadable content. I played it with a few groups of strangers who simply rushed the content, but it was fun, nonetheless. They offer an extended look at the very brief glimpse into multiple timelines players received in the campaign. Full disclosure: because of rushing teammates, I could not go through the Strikes as thoroughly as I would have liked. With that said, I am pretty sure that even if not rushing, a Strike would not last more than 45 minutes. Everything about the content screams short… and definitely not sweet. 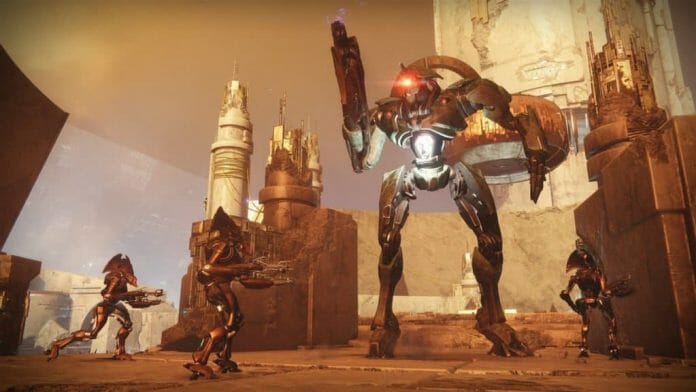 Curse of Osiris also introduces two new bosses. Bosses that simply go to waste. While they feature nice mechanics and are far from pushovers, soloing the campaign made me feel like I was overly super-powered. Seeing as I quit the grind pretty much after my first review on Destiny 2, it means that even novice players will not find the expansion a challenge.

The same feeling extends into the last moments of Curse of Osiris. The final boss that you must face, as a Guardian, and the one you have hunted throughout the “expansion”, meets its demise easily by simply emptying a clip into a vulnerable area, repeatedly. In total, the fight took me maybe ten minutes, most of which I spent figuring out what the arena looked like and what it had to offer.

Apart from a disappointingly short campaign, and a handful of missions and strikes, Curse of Osiris also features new weapons and equipment. There are also several awards players can get from collecting and dismantling things, and fancy new shaders that have been added to the Eververse.

Completing the three adventures that the Curse of Osiris introduces gives the player the ability to begin working on Lost Prophecies. These reward the player with unique new weapons from Osiris on Mercury. Perhaps the only gripe about this is its weird dismantling and collecting system, but that is a nitpick. Given the grindy-nature of the game, I have actually not finished any of the three, and I have no inkling to do so. 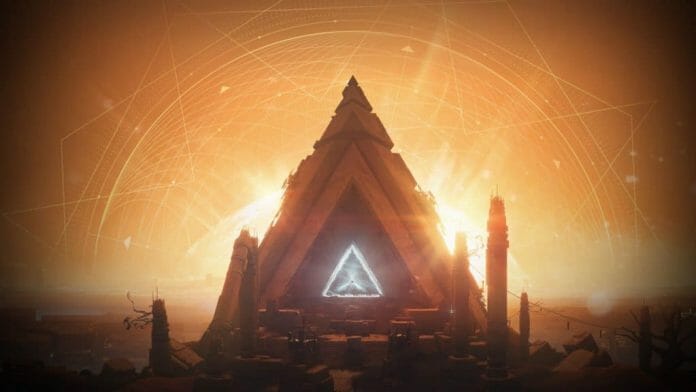 Curse of Osiris also came with a new level cap of 25. While it may not be much, there are hundreds and thousands of players who value level cap increases such as this. In the end it is all about power level, however, and that system has not changed at all. Naturally, there is a minimum power level required to do the Raid — this light level currently sits at 310. With that said, Curse of Osiris did seem to raise the soft cap on power levels to around 330. That makes it around 30 more than it was before the content released.

At Least It Works [Performance]

Performance in Curse of Osiris has seemingly been left unchanged from my initial review. The game runs as smooth as it always has, and loading felt just as long as always. The one public event in the Infinite Forest was so small that I never even experienced the same frame drops I mentioned in my review.

As usual, loading into a locale usually took a minute or two. Loading a new map entirely had me wait double that amount. With that said, I can attest to the fact that I never felt like I waited unnecessarily long.

In my initial review, I spoke about how unpredictable the Destiny 2 servers can be. Those problems seem to have been ironed out. I still receive the “Contacting Destiny 2 Servers” message now and then, but I no longer have lag or connection drops.

Curse of Osiris marks my second major foray into the Destiny universe. One of my complaints about being a newcomer to Destiny 2 was that the game threw too much at the player at once. Curse of Osiris throws way too little!

Apart from spending a few hours in-game figuring out what both Osiris and the Vex’s motives are, there really is not much else to do. Sure, you can do one of the strikes, and join in one of the three adventures, but that is almost, quite literally, all there is to do.

There are few things that I liked about Curse of Osiris. This includes the pretty cool time travel mechanic that gives you a glimpse into different timelines; and how Osiris was hyped to be one thing, but ended up being something wholly different (staying away from this topic, because we all hate spoilers); and Infinite Forest being pretty neat — but just because it is new.

In the end, Curse of Osiris is not worth paying for. Perhaps as part of the Season Pass, Bungie will release content that feels worth it, but at the moment, and especially as a standalone experience, I would not recommend buying it. Not unless you are a fan of measly content releases that last no more than a few hours. A pity, since the mere lack of new content enforces the feeling that the grind may not be worth it after all.