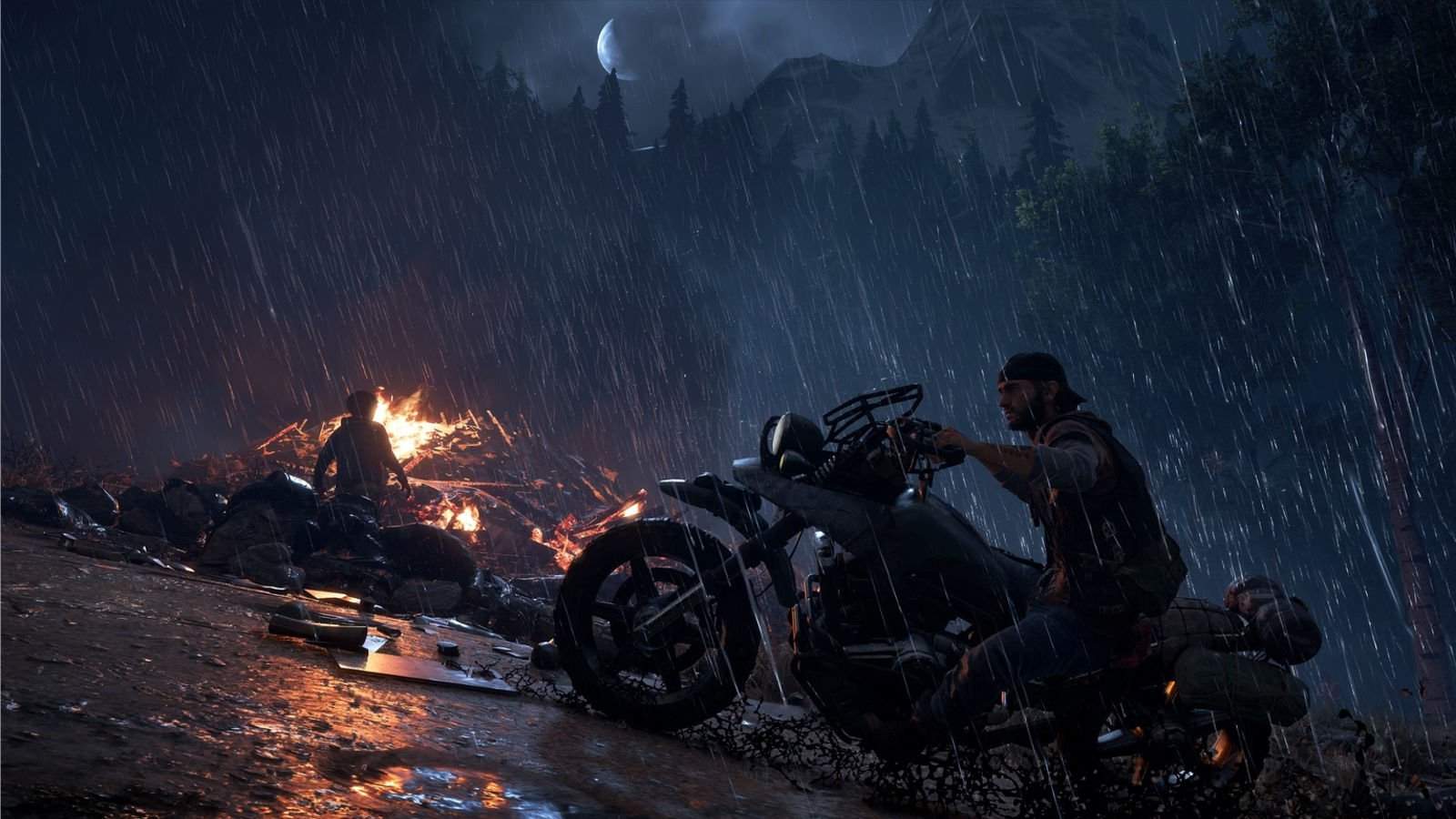 While Sony’s E3 2017 presser was a little less than great, it still delivered a couple of stellar gameplay demos. One of those is Days Gone, a new open-world action adventure from first party developer, Sony Bend. It was first announced at Sony’s 2016 E3 briefing, and for 2017 the game has received a seven minute long gameplay demo… and it honestly looks fantastic.

Days Gone follows Deacon St. John, a motorcycle club officer (and enthusiast) as he makes his way through the wilderness of the Pacific Northwest. As you can probably tell, a zombie apocalypse has ravaged the world. Now it is up to Deacon to save his friends… at least, that it as much of the story as we could figure out from the footage.

The new footage showcases Deacon riding during the night to save his friend. He stops short of a hostile outpost where he uses stealth to sneak by the unknowing survivors. It shows how players will be able to use traps and create diversions, but all does not go well: A huge horde of zombies (called Freakers in this game) befalls the camp. Deacon uses the new opportunity to sneak past, where he finds his friend somewhere in the camp. Thanks to the Horde, and a well-placed explosive against a destructive wall, Deacon saves his friend… or does he?

The seven-minute demo shows off a seemingly robust stealth system featuring distractions and traps; to sicking “freaker” hordes on hostile survivors, blasting through walls, and riding bikes… and even a hint of an Arkham-like “detective mode” as well! It really looks like Days Gone has it all. With that said, we really do not have a lot more to go on, other than the fact that it has been in development since early 2015.

As with most games shown during Sony’s E3 2017 briefing, Days Gone has no release date. It is a first-party game developed by Sony Bend, and as such, will only release on PlayStation 4 and PlayStation 4 Pro.