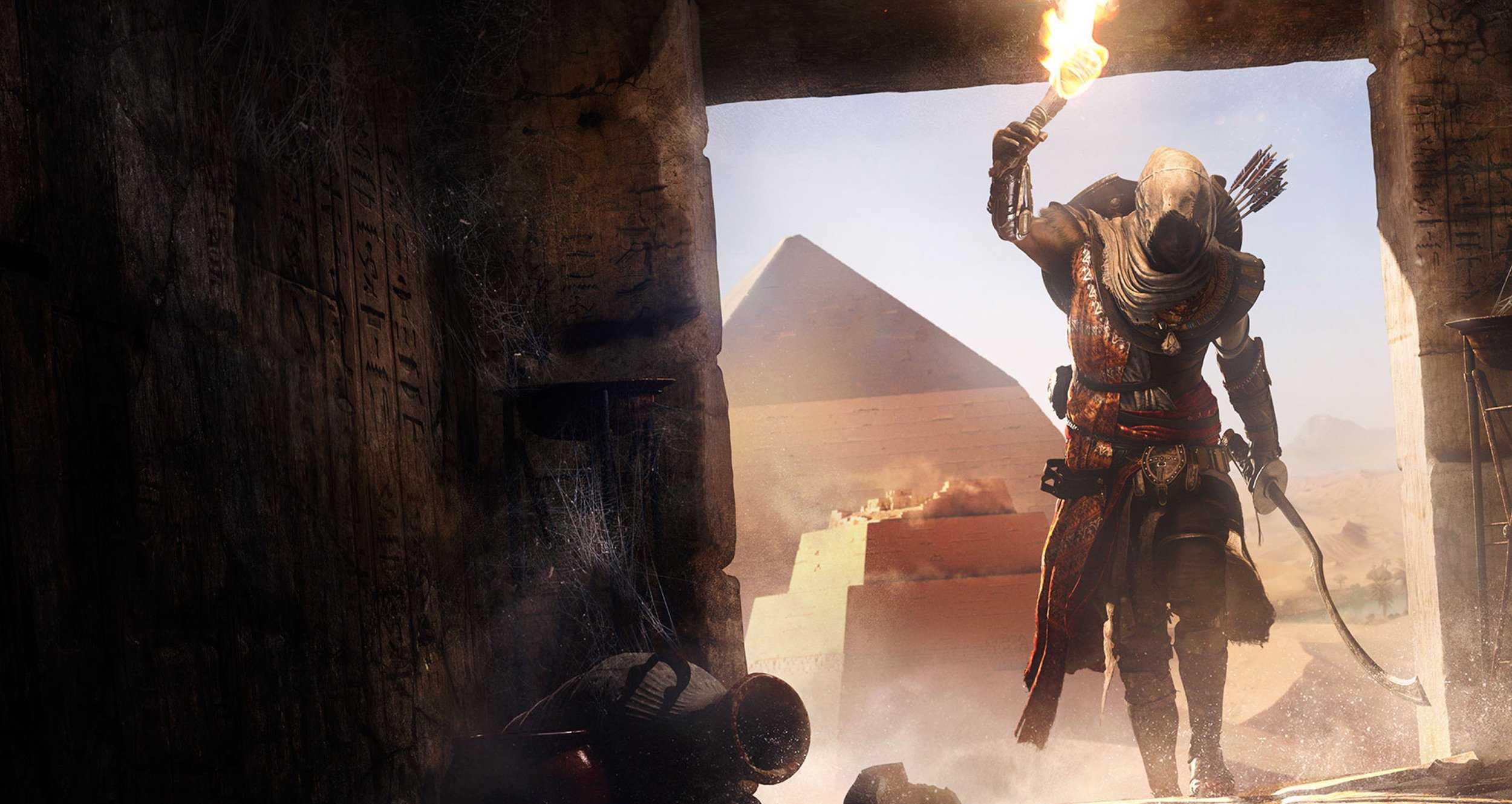 Over the past year or so, the Assassin’s Creed franchise has seemingly dropped out of the limelight. After Assassin’s Creed Unity tainted the world with bug-riddled gameplay and, even worse, disappearing face memes, its successor, Syndicate, struggled to reach its sales target. As such, Ubisoft announced that the franchise would take a break. This would allow the franchise to recuperate, and hopefully, return in the future with a nice strong comeback that everyone would love… enter Assassin’s Creed Origins (2017).

Origins takes players back to ancient Egypt, with a strong focus on the ‘origins’ of the first people who called themselves Assassins. In the game, players take on the role of Bayek, an Egyptian Marshal (the equivalent of a modern-day Sheriff). Bayek’s personal story is one that leads to the creation of the Brotherhood of Assassins. On his journey, he will have an eagle that he uses to get a tactical advantage over his opponents. He is also capable of using many weapons, such as whips, bladed weapons, throwing knives, other strange objects, and even shields.

In the gameplay demonstration embedded below, we are treated to a few scenes that will undoubtedly be explorable within the game upon release. The video then takes us to Siwa, Bayek’s hometown where he rides on horseback to one of the temples taken over by the corrupt Masked Ones – the game’s equivalent of Templars. Bayek is shown using his short bow in mid-air as he makes his way through the temple, unseen like a ghost.

About halfway through the Assassin’s Creed Origins demo, we get a glimpse at the game’s revamped character progression system. Here, Bayek picks up a new bow off a corpse and equips it. There are also slots for melee weapons and apparel. I may have my reservations about this game, but these are definitely welcome additions. As the video continues, we see Bayek use a few skills that are specific to his bow. One such skill is where he aims and then lets the arrow loose… except the arrow can be controlled. He then uses his bow to shoot three arrows in quick succession. It is a bit hard to see, but he carries the three arrows in the hand that holds the bow – this allows him to loose the arrows very quickly. I suspect that both skills can be upgraded.

Assassin’s Creed Origins is confirmed for release on 27 October 2017 for PlayStation 4, Xbox One, and Microsoft Windows. The game has also been confirmed to be an Xbox One X Enhanced game.

I am certainly intrigued to see what happens in the game’s story going forward.