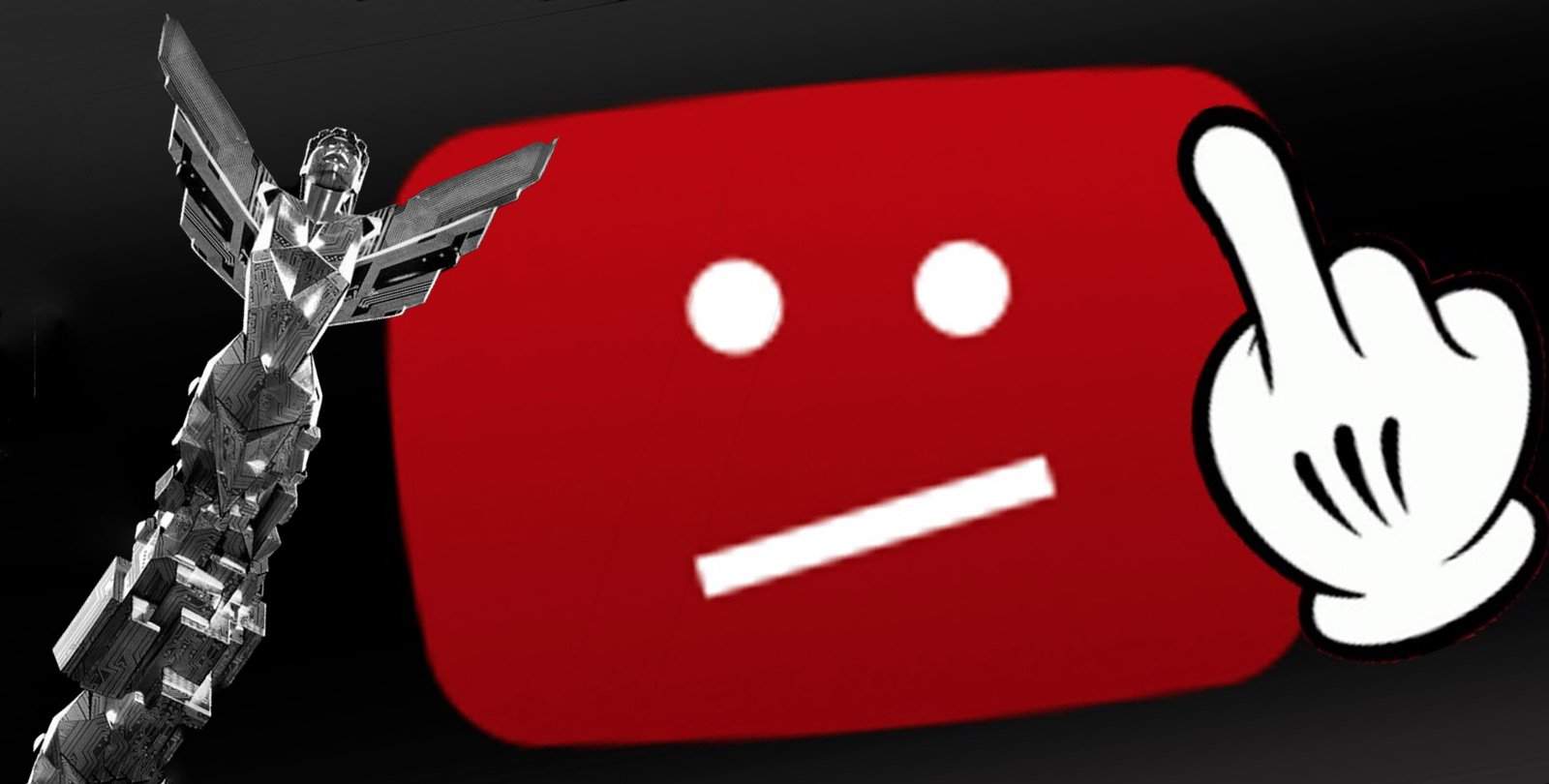 The Game Awards 2016 took place in the wee hours of this morning (04:00 local time), and was streamed worldwide on YouTube, Twitch, Facebook, Twitter and even Snapchat. Millions of gamers tuned in to celebrate the best games released in the last twelve months (24 November 2015 – 24 November 2016). For most people, YouTube is the best platform to stream and watch videos. Alas, YouTube’s robotic and incredibly frustrating copyright system has once again struck without impunity. Many unhappy gamers are reporting that, right now, YouTube has muted The Game Awards 2016 recorded stream.

We tried it out for ourselves, and we can confirm that this is indeed the case. Edward and I were actually planning on watching it together, via YouTube, and have had to change our plans. Thankfully The Game Awards 2016 was also streamed via Xbox Live and the PlayStation Network. As such, we have managed to watch it via the Xbox Live Interactive App. 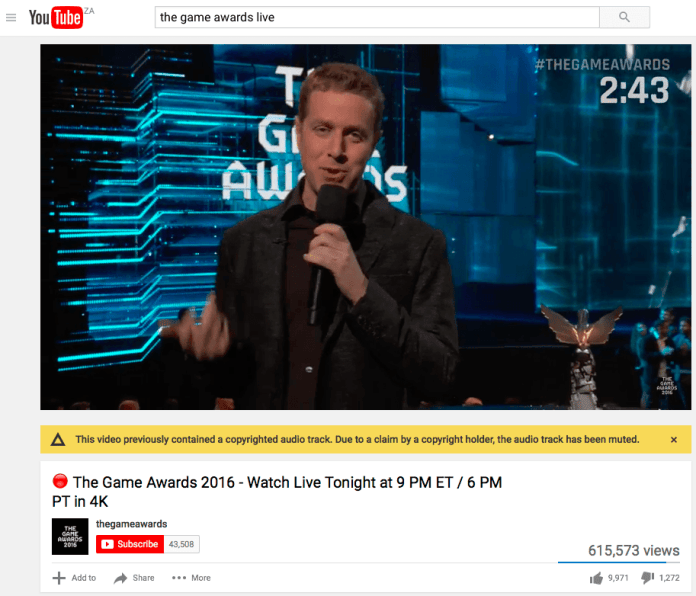 The fact that YouTube have muted The Game Awards 2016, a large and public event, is just another strike against the platform. There is no doubt that the event had all of the correct licensing agreements in place in order to air the relevant content. What is concerning is how YouTube’s copyright system functions.

It is understandable that a platform like YouTube, which has millions of minutes of video uploaded to its servers daily, must have some sort of automatic system in place for copyright. Logically, it would not be economically feasible to employ actual humans to analyze every single minute of video. Using machines is quicker and cheaper, but doing so is not without its issues. Case in point, how the system muted The Game Awards 2016. Having said that, surely there must have been some sort of indicator that this massive live event, which takes place annually, should not be flagged by the system? Considering how YouTube has an active interest in gaming, a la YouTube Gaming, how did something like this happen? The short answer is a lack of human intervention in the copyright vetting process. The system works… a bit too aggressively.

YouTube will probably fix the error fairly quickly and might make a few adjustments to its copyright sifting algorithm. Until then, content creators, big and small,  will simply have to be far more cautious with the content that they upload.