Netflix is arguably one of the best on-demand and streaming services currently available to the Internet. It is also no stranger to competition. Like the new streaming service from Kim Jong-Il called ‘Manbang’.

Manbang is a set-top box that allows North Koreans to watch on-demand video. The box connects to a dedicated streaming service that boasts on-demand videos such as documentaries and television broadcasts. It even has newspaper articles available per request!

The service is said to have limited availability and poor quality streams. In fact, Manbang’s entire existence comes as a surprise. It has a bad, pixelated interface and jumpy animations; poor connection to the already badly connected North Korean Intranet; and not to mention a totalitarian government relaying your every move on the service. 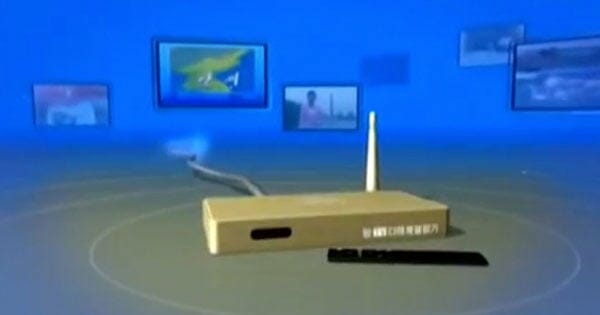 What makes it even more questionable is the fact that North Korea is one of the least connected countries on Earth. It is unknown whether most of the population will be able to use the service. According to Paul Szoldra from Business Insider, some North Korean watchers are not even certain how the service really works. This is a big indication of how badly Manbang has been implemented.

Interestingly, North Korea country runs its own version of the Internet. The country’s Intranet connects directly to the North Korean government servers where traffic is then filtered and tracked. According to The Register, the North Korean Intranet only consists out of around 5000 websites.

How Netflix handled the brand new kid on the block is quite funny too. According to Business Insider, Netflix is not worried at all. In fact, the Netflix US Twitter account even changed their Twitter bio. Simply put, the bio reads: “Manbang knockoff.” It is a funny poke at the new service.

Who knows, maybe we will all have Manbang accounts in another five years or so!