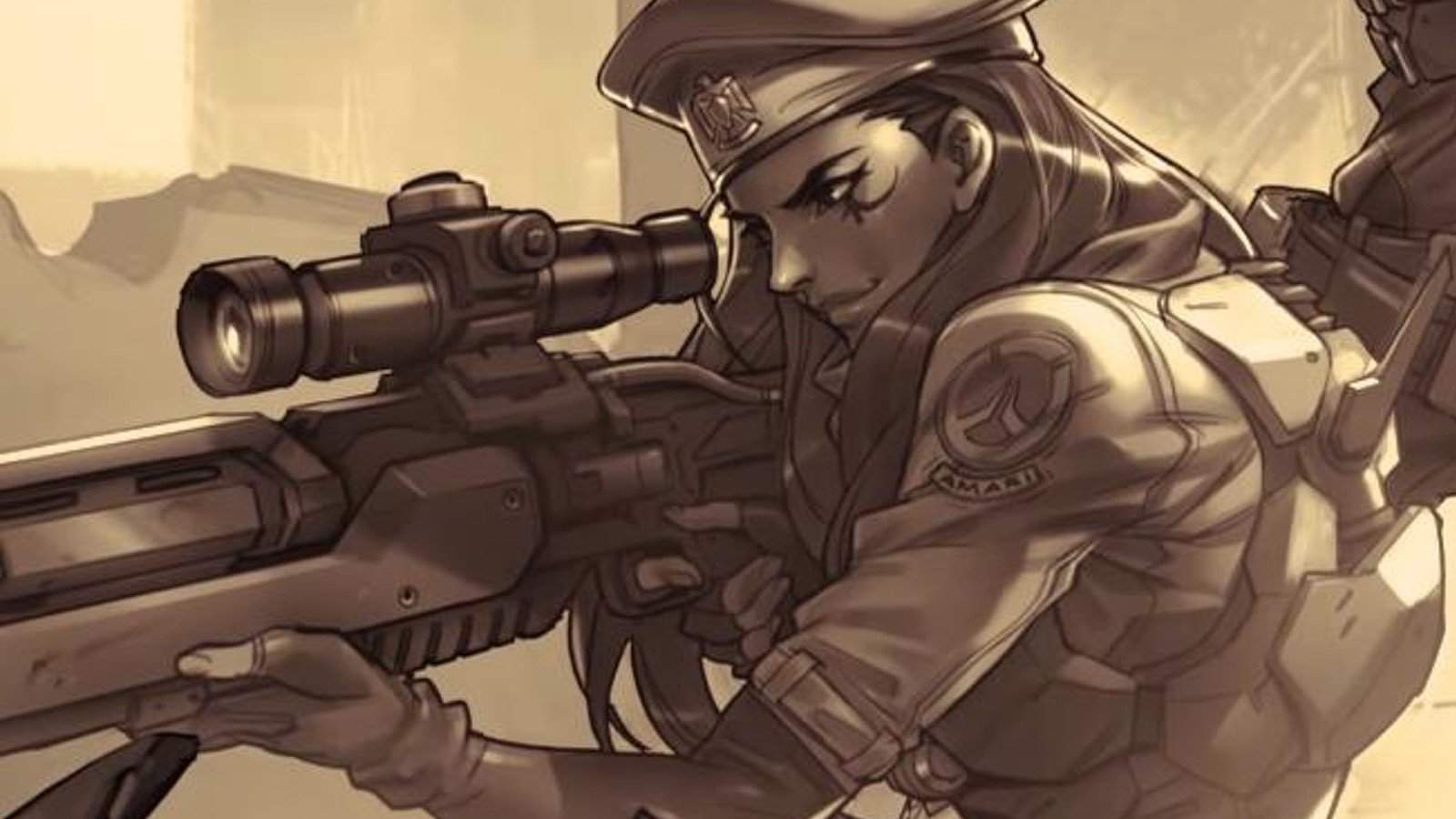 Overwatch’s Ana is the very first post-launch character for the game. She is also mother to fan-favourite Pharah and the arch nemesis of Widowmaker.

Considered to be the world’s best sniper, Ana was a member of the original Overwatch and served as Strike Commander Morrison’s right hand, and second-in-command.

The origin video briefly summarises the events of Ana’s past, with a particular scene showing us how she lost her eye: a shot through her scope by Widowmaker, the game’s powerful Defensive Sniper. Ana is also described as a patient and ruthlessly efficient killer who shows neither emotion nor remorse. Yikes!

Widowmaker’s role in attempting to silence Overwatch’s Ana for good is still a mystery. However a comic penned by Andrew Robinson, best known for his work on Hawkman and various Star Wars comics, offers insight into Ana’s origin story and the exact way in which she received her eye patch. It seems as if Blizzard has developed and designed Overwatch’s Ana to be the polar opposite of defensive sniper, Widowmaker.

Previous comics have covered McCree, Reinhardt, and Torbjorn; so it is only a matter of time before we are shown the reason why the two Snipers of Overwatch are at odds with one another.