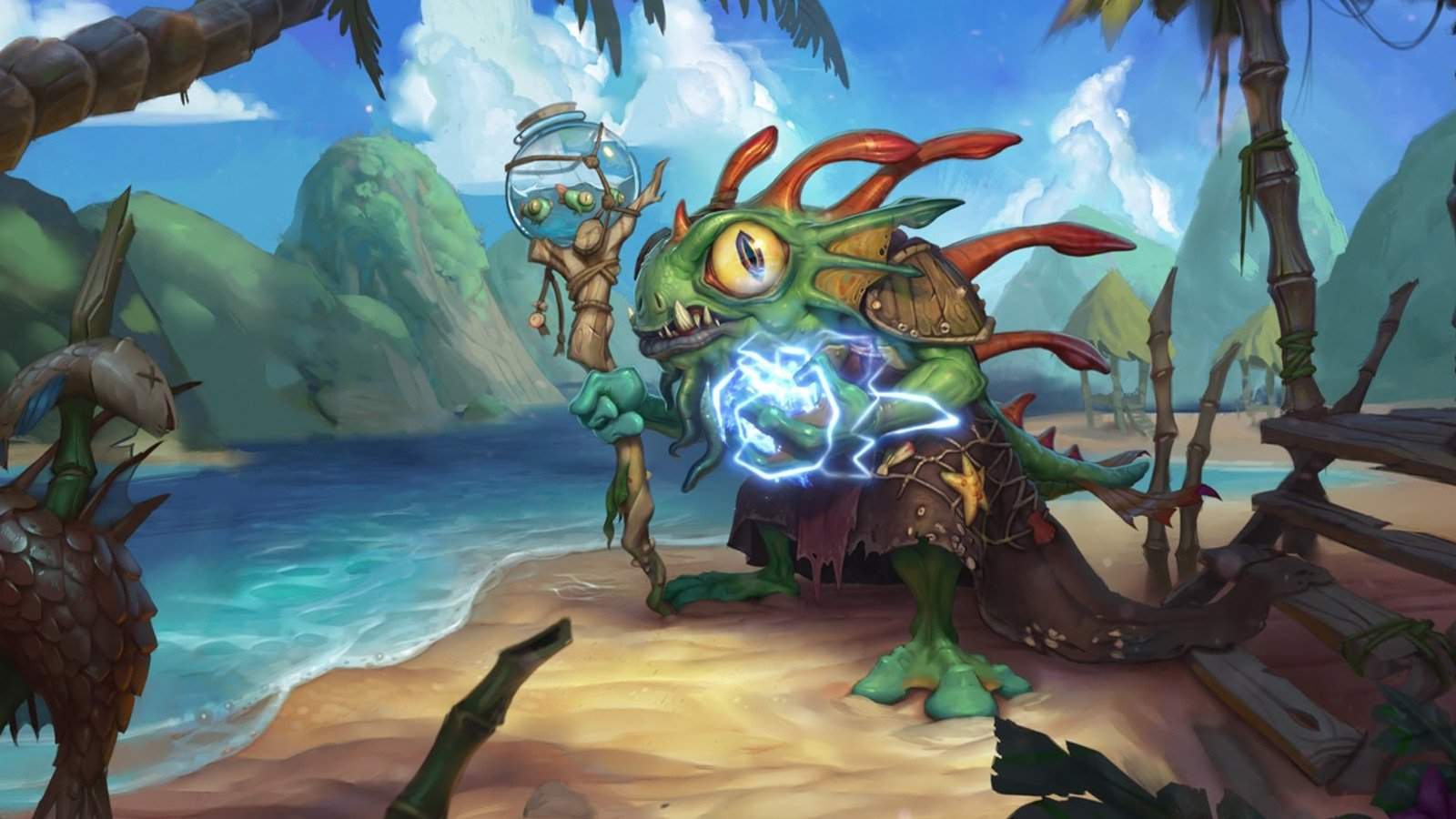 Blizzard’s wildly popular trading and battling card game, Hearthstone, just got a brand new hero added to its arsenal in the form of Morgl the Oracle. Even better, Blizzard is giving away this hero for free, as long as you can get a brand new friend to play.

Hearthstone: Heroes of Warcraft has only increased in popularity since its launch in 2014. Since then, the game has received major overhauls in its competitive modes, as well as a huge number of cosmetic card backs; which are rewarded to players for many reasons, like winning a bunch of games and gaining rank 20 per season, buying new expansions, or playing one of Blizzard’s  other games, such as World of Warcraft.

Along with a couple of heroes available via in-app purchases, Blizzard is offering Morgl the Oracle for free in the place of Shaman.

If you are interested in adding Morgl the Oracle to your list of heroes, all you have to do is get a friend to download and then play Hearthstone until he/she reaches level 20. Morgl the Oracle will then be given to you for free.

In addition to the news of Morgl the Oracle, Blizzard has also offered Khadgar, the mage from the Warcraft movie, as a reward for anyone who decided to pay the $3,99 USD price for him on Earth Day, back in April. It is also worth nothing that Lady Liadrin, a Paladin, will also be given as a free reward when players reaches level 20 in World of Warcraft, on any new character.