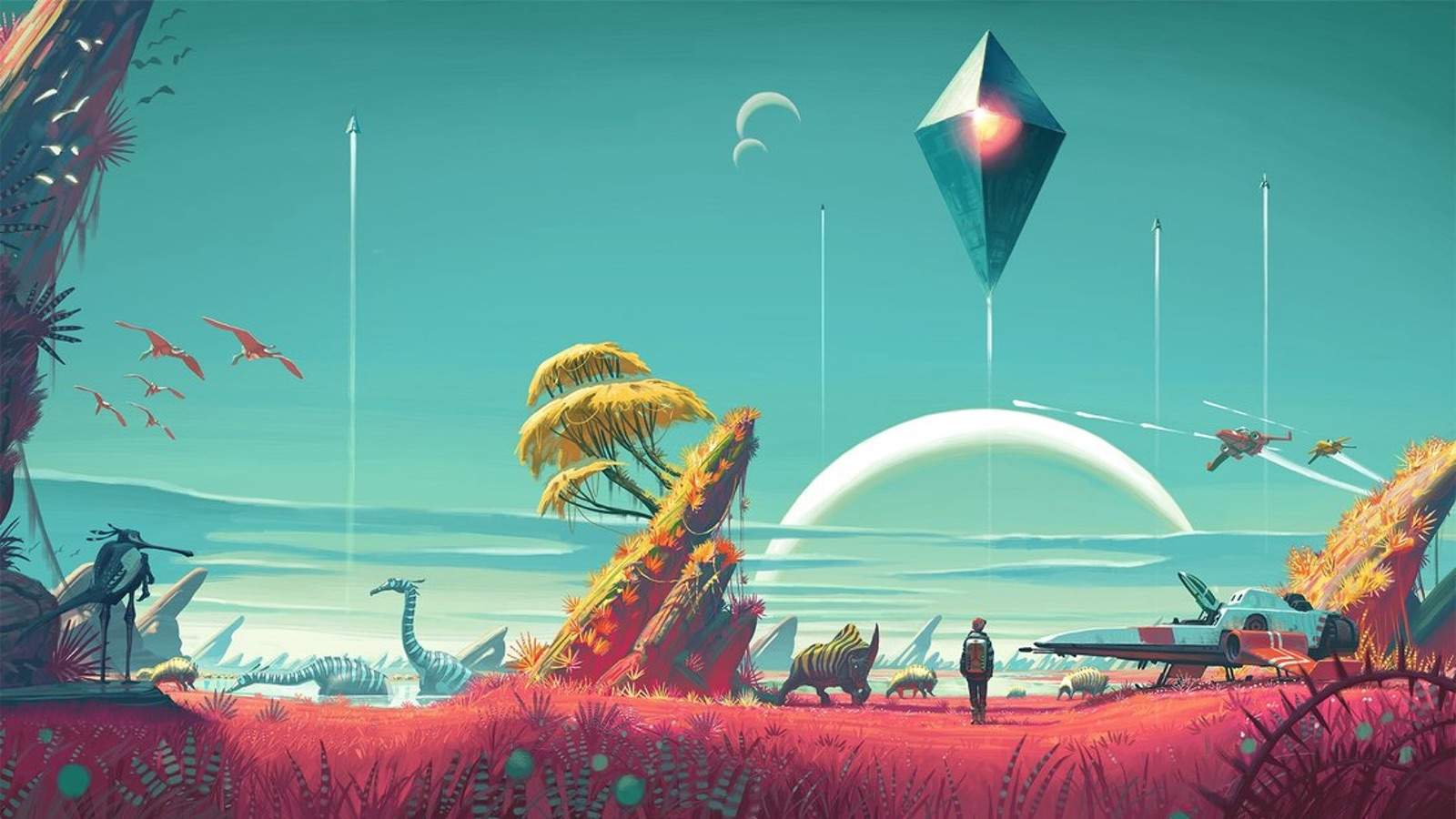 Out of the three big space exploration games that I have my eyes on, No Man’s Sky is definitely the most unique in terms of aesthetic and gameplay. It is said to be an unsettlingly huge game, with billions of planets that a player can travel to, with its own lifeforms and geographical nuances that can be explored, tagged, and if you so wish, destroyed.

Using extremely complicated algorithms, the majority of the game will actually be procedurally generated. In this sense, every single planet that the player will encounter will most likely be a planet that no other player has, or possibly will, ever see… even if they are playing on the same server.

Given these unique gameplay features and the astronomical size of the procedurally generated universe that will feature in No Man’s Sky, one would think that the game itself would also be huge. One would not be remiss to think that the data size of the game would near, or surpass, that of a game like Grand Theft Auto V, which clocked in at over 50GBs. However, this is simply not the case.

Courtesy of the complicated and sophisticated algorithms that procedurally generate the universe that players will explore in No Man’s Sky, and the fact that the game will rely on only a small library of shared assets, the game will, rather surprisingly, only require an installation of around 6GB on your hard disk drive.

It's happened. No Man's Sky just went gold. I'm so incredibly proud of this tiny team. 4 years of emotions pic.twitter.com/YJoI6JVgxq

Earlier this week, No Man’s Sky creator and Hello Games founder, Sean Murray sent out a tweet in reply to a bunch of questions being posed to him about the size of this massive game. Boldly, Murray announced for all of those asking, that the size of No Man’s Sky on disc is just 6GB, most of which is actually audio. The revelation of size has come as quite a shock to many gamers, but makes perfect sense given the procedurally generated nature of the game. Even so, it is a heck of a lot smaller than anyone anticipated, bordering on the fringe of the sizes attributed to ‘indie’ games.

No Man’s Sky was initially set for release in June, before being delayed. Despite the negative reactions surrounding the delay, the revelation of the disc size of No Man’s Sky was accompanied by a wonderful image of Murray and the rest of the team over at Hello Games who celebrated the game going gold. Murray can be seen holding a BluRay disc with the name of the game scribbled onto it.