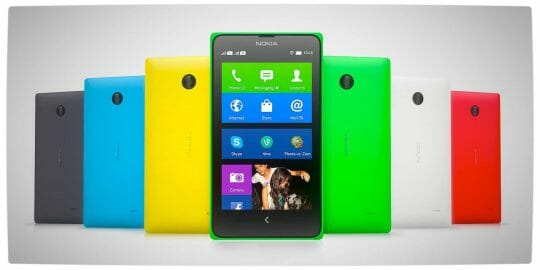 The Nokia X series lineup consists of the X, X+, and XL smartphones. It is worth noting that the Android Nokia X bears a striking resemblance to the Windows Phone driven Nokia Lumia 520. In fact, Nokia have even skinned the Nokia X’s operating system to resemble that of Windows Phone – a similarity that Nokia is, no doubt, going to use to exploit less tech-savvy customers.

The Windows Phone 8 skinned Android operating system that the Nokia X line is imbued with features a lot of the positive aspects associated with the Windows driven Lumia series, specifically the Windows User Interface. Nokia have even removed the Google Play store and most Google applications and services. Instead, Nokia have created its own App store which will allow for third-party stores to integrate with the already established Nokia Store.

The hardware of the Nokia X series can be described as ‘entry level’ at best, although Nokia insists that the phones have been optimised to remain highly usable whilst remaining low-cost. Each phone in the X series has 4GB of internal storage, a 1Ghz Qualcomm Snapdragon Dual Core processor, expandable microSD card slot and is dual SIM capable. 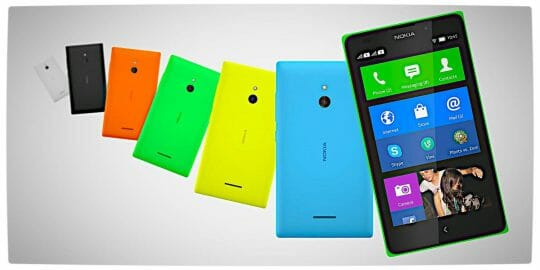 The Nokia X and X+ are the smaller of the three handsets and harbour 4-inch displays and 3MP cameras whereas the Nokia XL has quite a sizeable 5-inch display and a larger 5MP camera with flash. The Nokia X also only has 512MB of internal memory versus the 768MB available in the X+ and XL.

The Nokia X and X+ devices are now available in Eastern Europe, Asia, South America, and a few other select global locations, with a starting suggested retail price of €89 (R1400) . The Nokia XL is expected to roll out during the second quarter of the year.

South African release dates and prices for the Nokia X series were not available at the time of publication.