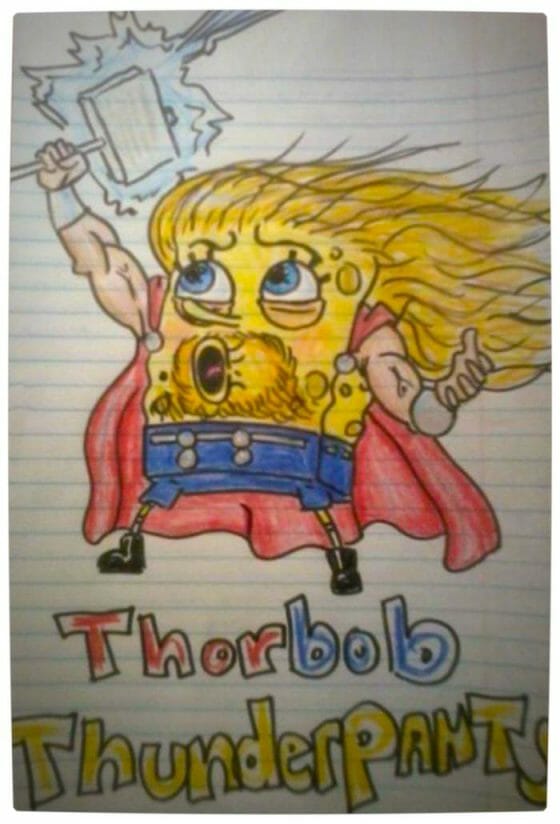 From Marvel to Tim Burton through to Despicable Me and even kitchen appliances, there appears to be no end in sight for artistic mash-ups of The Avengers. Today we present yet another artistic rendition of Marvel’s Avengers themed after the popular Nickelodeon cartoon series, SpongeBob Squarepants.

SpongeBob SquarePants, for those who do not know, is an Emmy award winning American animated television series created by Stephen Hillenburg. The series focusses on the exploits and adventures of the title character (SpongeBob) and his various friends in the underwater city of Bikini Bottom. Although the series is aimed at children, the content has always been enjoyably adult oriented. 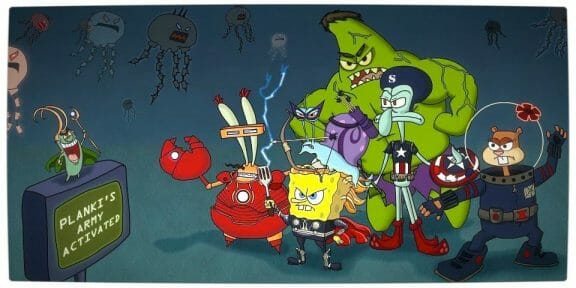 The success of SpongeBob SquarePants has not only provided us with the above delightful mash-up between SpongeBob and The Avengers, which was created by artist Alex Ryan, but it even inspired YouTuber genioDG to create the following video mash-up.

Have you come across any other interesting mash-ups of The Avengers? If you have, let us know in the comments.