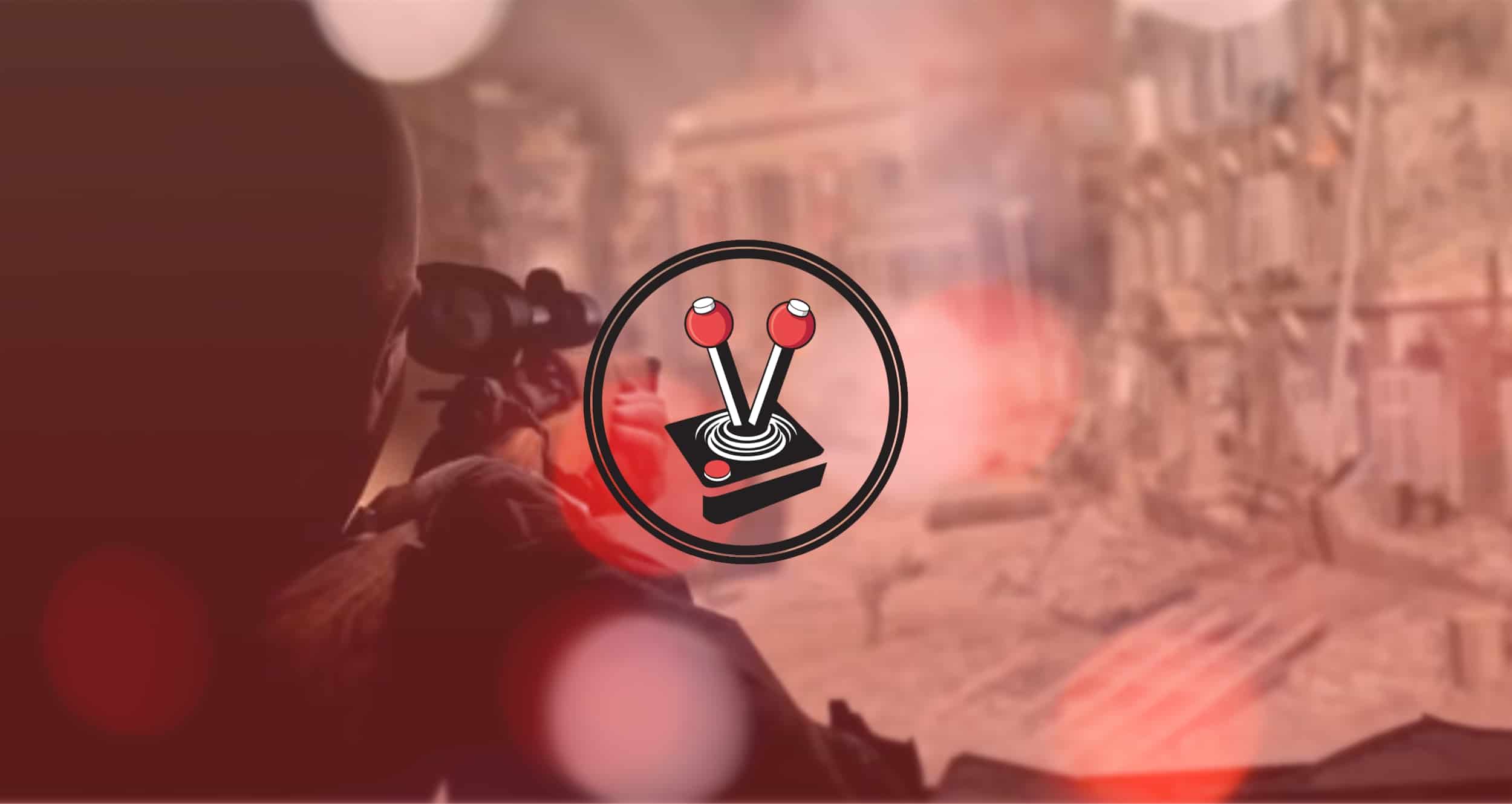 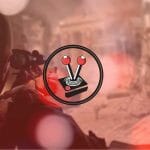 Proper sniper games are few and far between. As it stands, Rebellion Development’s Sniper Elite and CI Games’ Sniper: Ghost Warrior franchises are the only two that focus on sniper warfare as a whole. Fortunately, both franchises are entertaining as much as they are challenging, and both emphasise stealth and long-distance shooting. The Sniper Elite franchise is at the heart of this review, whereby the second game in the series has been remastered. As such a whole new generation will now have a chance to try our this classic.

For all intent and purpose, Sniper Elite V2 Remastered is a brand-new, upgraded and reworked version of the 2012 masterpiece. It promises incredible visuals by way of upgraded textures, added ambient occlusion, better screen ratios, overhauled lighting, and a heck of a lot more. However, does it deliver where it matters most? Is it worthy of being called a remaster? In this Vamers Sniper Elite V2 Review, I go over exactly why I think it certainly does.

Destroying the Nazi regime, one scientist at a time

In terms of story, Sniper Elite V2 Remastered wastes no time in getting the ball rolling. As soon as you start the campaign, it throws you into the thick of things with nothing but the introductory cutscene to get you going.

In Sniper Elite V2 Remastered, you play as Karl Fairburne, a master sharpshooter and elite marksman. The first few missions are set during the final days of World War II, as the remaining Nazi forces try their darndest to rule over what is left of Berlin. Here, it is up to OSS operative Fairburne to take to the streets, ruined buildings, and even watchtowers and mountainous sniper nests, in order to take out the last group of men with the power to make the world burn once and for all.

As you progress through the admittedly linear six-hour campaign, you must infiltrate behind enemy lines to gather intel on a secretive group of scientists and cripple their work on a German V2 rocket program. All before the Russians get their hands on it. The missions take Karl from the ruined outskirts of Berlin, all the way through quarries, dry valleys, and even mountain research bases disguised as mines. 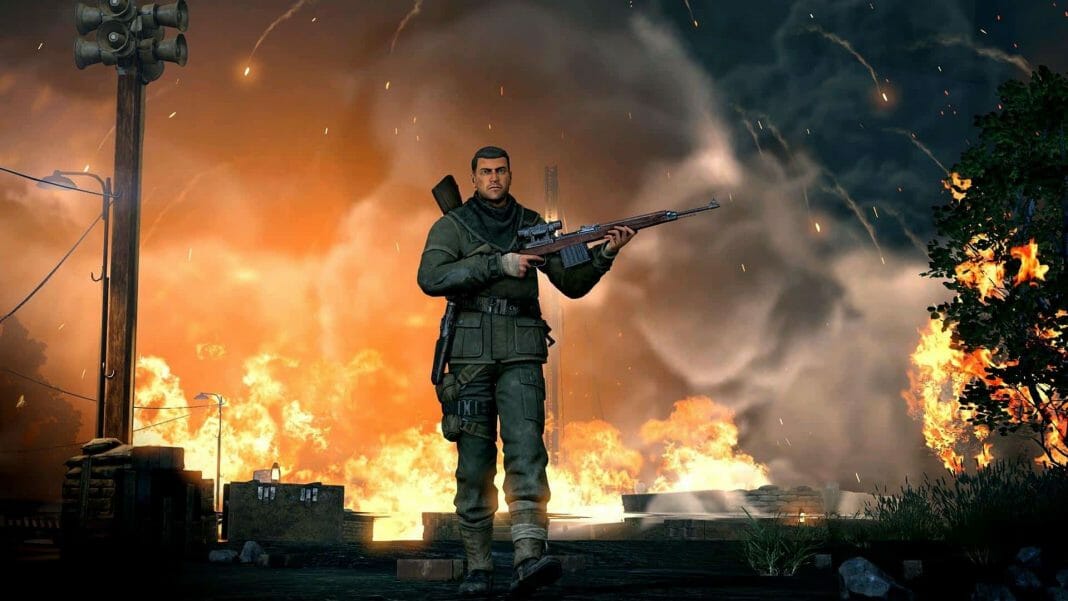 I will admit that the game is a fairly simple-minded affair. Once you get the required intel, shoot the necessary bad guy, and successfully exfiltrate out of an operating zone, the mission is done, and you move on the next briefing screen. Characters hardly get any exposition besides the briefing that claims they are the enemy, and Karl Fairburne himself only gets exposition by way of the short [yet exceptional] voice-over work between missions.

Campaign aside, Rebellion also added all of the previously released downloadable content for the game. All neatly packed into the full release of the remaster. These include short, one-off missions that take players to different locales, where they practice out various tasks. Other game modes include things like Kill Tally – the game’s take on horde mode; and the traditional co-op experience that lets you go through all missions with a friend. Sadly, bringing a friend along will not make the main game any longer.

In essence, the game is very much a shooting gallery, arcade-style game. Although it lacks a bit in story, the focus here is not Karl and his voice-over work. Rather it is all about the journey that players will take as they rid the world of Nazi scum. 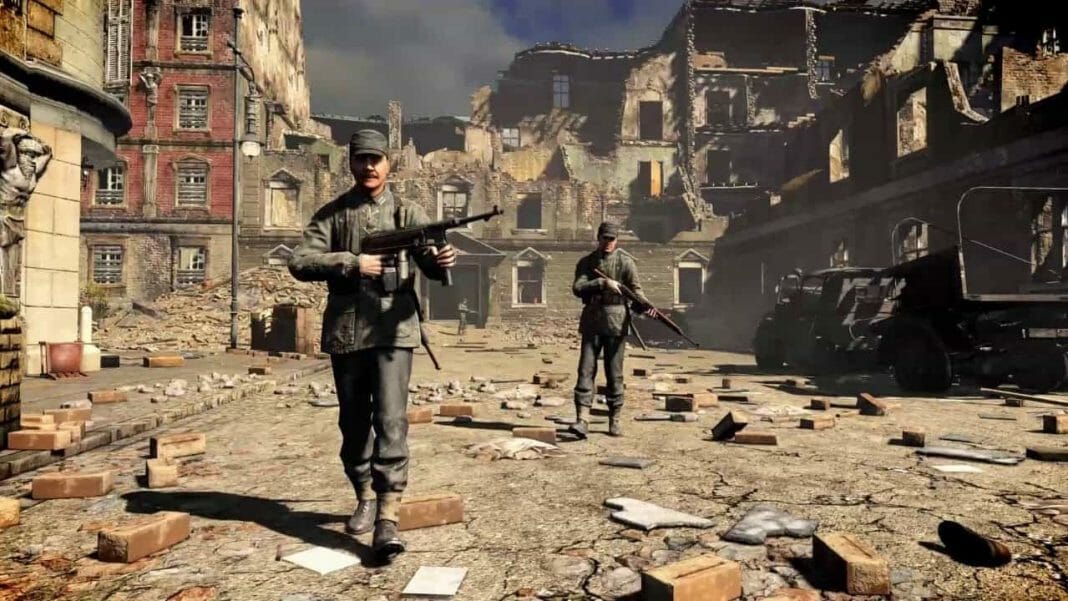 Very much the definitive edition of the game

Anyone who has played a third-person shooter in the past, will recognise that the controls in Sniper Elite V2 Remastered are fairly straight forward: “aim with the left trigger, shoot with the right”. There are differences, however. For a start, the right shoulder button will allow players to steady their breathing while aiming through the sights of their sniper rifle. Doing this will make it easier to score an x-ray kill – which is like a Mortal Kombat-style kills that follows your bullet in cool slow-motion replay as it flies toward your target and pierces their bodies. This is gory and downright disgusting, and I love it.

Beyond that, the game makes it clear that Karl is no footsoldier. When caught in the line of fire, you can hardly take any hits before you go down. As such, a much safer strategy is to always use stealth to your advantage. Sleuthing about in Sniper Elite V2 Remastered is easy and fun. The only issue is that enemies can spot you from a mile away – via their peripheral vision, no less! I played the game through on the normal “Marksman” difficulty, and sneaking by enemies proved to be a proper chore until I learned how to best use my weapons to just blast my way through. 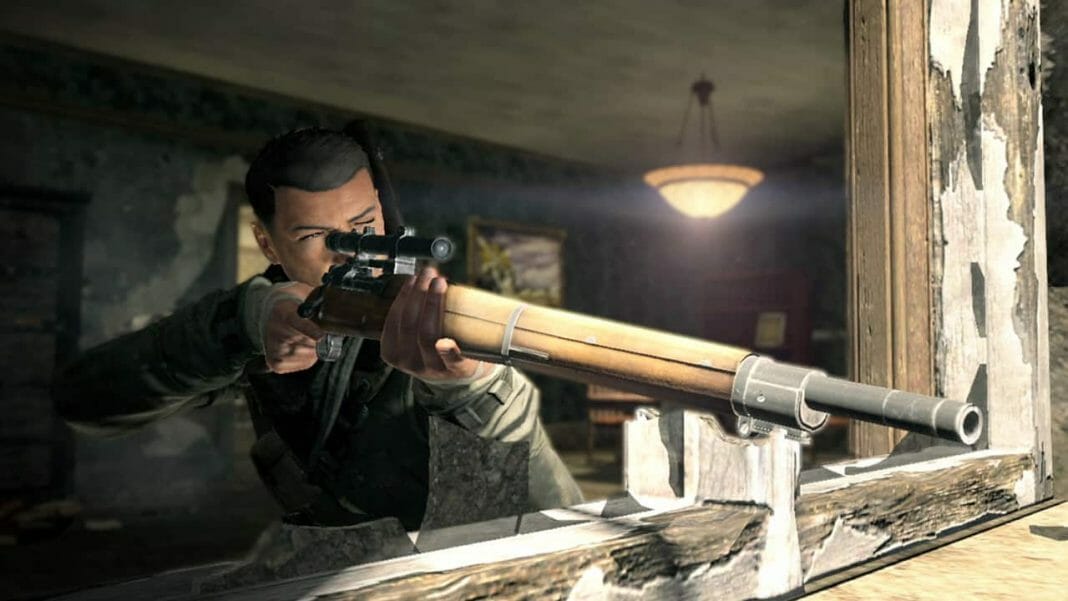 My own challenges with the stealth aspects aside, I must mention how cool it was to be able to choose new characters to play as. Sniper Elite V2 Remastered includes the addition of eight new playable characters, ported over from Sniper Elite: Nazi Zombie Army and its sequel. In order to choose a new character to play as, all you need to do is swipe through the cards during the mission briefing screen, where you can choose your weapons, check your inventory, and get an overview of your objectives. It is just a shame that, regardless of whom you choose, the characters are merely aesthetic in nature and offer no additional perks or status changes.

Fortunately, these aesthetic changes are incredibly well implemented. Rebellion not only ported new characters to the game but also a host of new features that, I think, gives the game the “remastered” tag that effectively makes Sniper Elite V2 Remastered the definitive edition of the game. 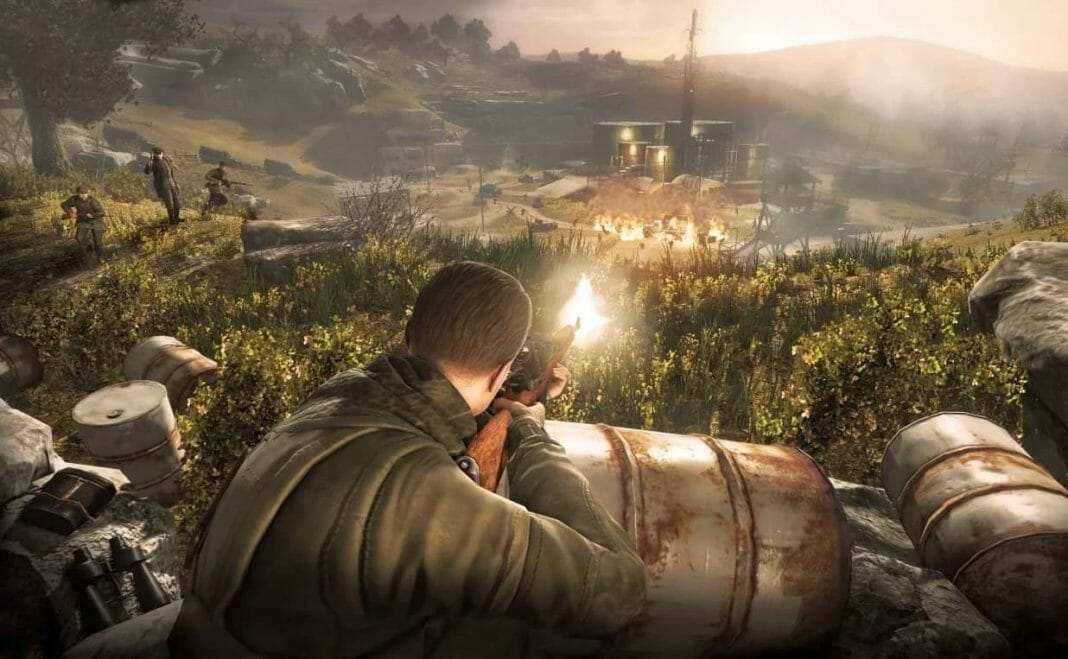 A remaster worthy of its upgraded visuals

As a remaster, the most prominent visual upgrades include a new 4K ultra-high definition (UHD) resolution as well as an implementation of high-dynamic range (HDR) colours.

Rebellion also enhanced the lighting, shadows, textures and ambient occlusion present in the game. As such, the world feels alive, and characters seem to blend in perfectly with the new visual flourishes. It is clear that Rebellion put a lot of care and effort into Sniper Elite V2 Remastered. In fact, they put so much effort into it, that they also wanted to show it off, hence the addition of an all new photo mode. 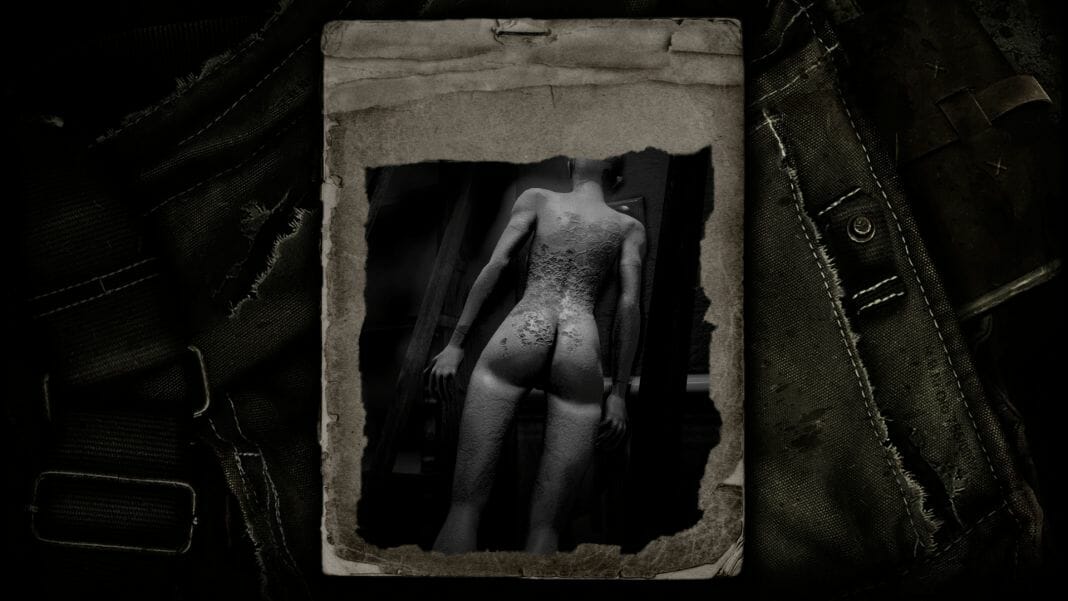 Sniper Elite V2 Remastered features a comprehensive photo mode that allows you to take snapshots of the action as it is happening. Aside from the usual filters, depth-of-field enhancements, and fancy colour edits available, players can also step through the action in a frame-by-frame manner.

While photo mode pauses the game, it also allows you to advance time by a single frame at a time. This allows for incredible shots of the new particle effects they added to the game. It also lets you take shots of mannequin butts. You know, for science. 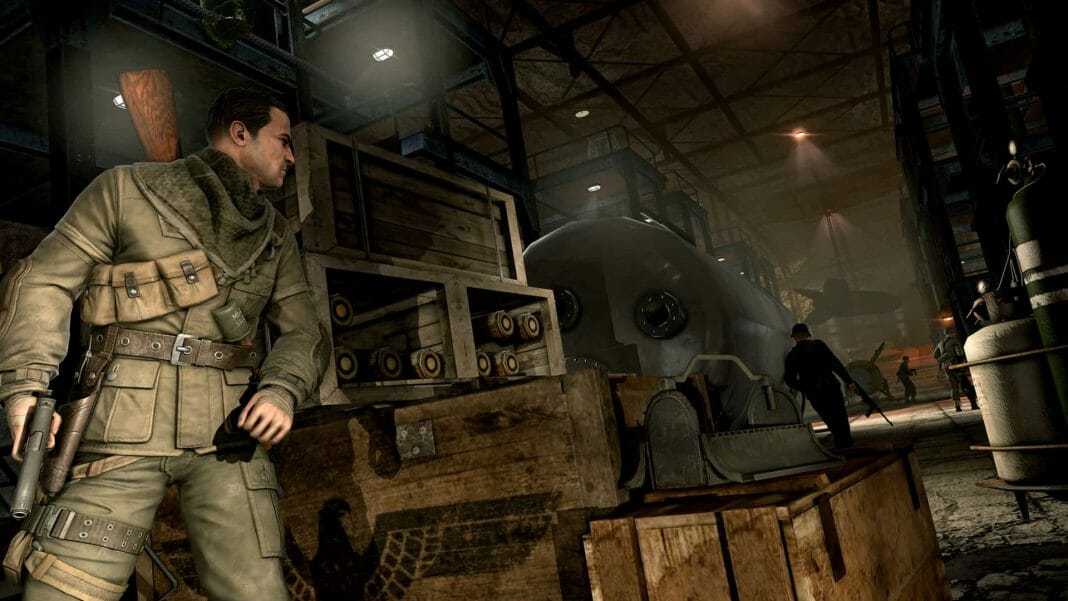 Sniper Elite V2 Remastered is an incredible title. It not only brings back Karl Fairburne in his second outing as the Nazi Killer Extraordinaire, but it also breathes new life into the old title with outstanding new visuals that rival most modern games – it just looks so good!

While the single-player campaign proves to be a bit short and without proper exposition for both the protagonist and the villains, it still bears pretty much the same amount of exposition you would find in other classics that fans keep asking for (see: Call of Duty: Modern Warfare). It also includes all of the game’s released DLC, all neatly packaged into one release.