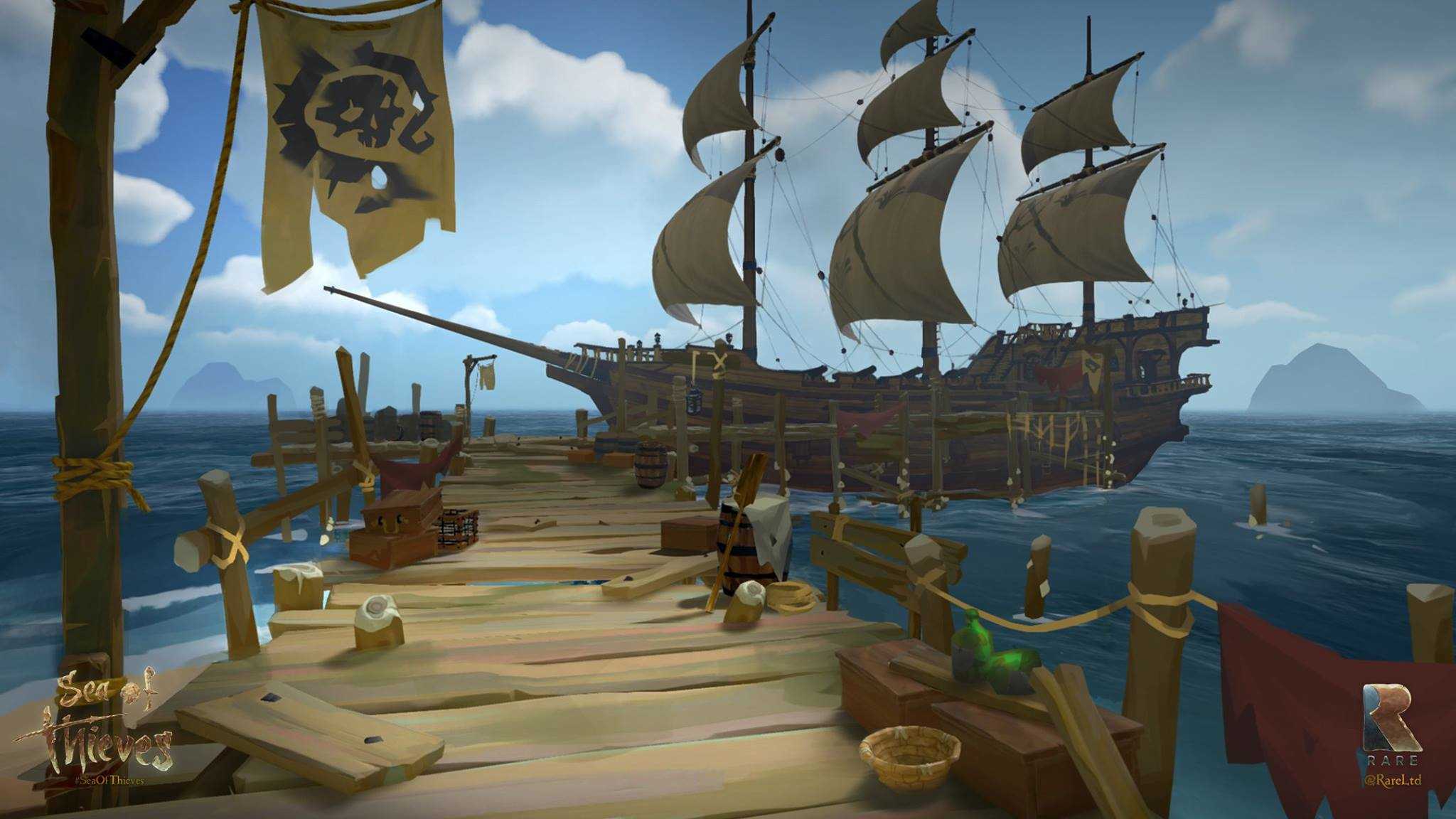 The following article is a preview of the Sea of Thieves Closed Beta. It is by no means a review of the content, since the game is still in development.

Microsoft announced Sea of Thieves at E3 2015. The game then received and enjoyed a long Alpha preview period (November 2016 – December 2017), courtesy of the Xbox Preview Program. Now the game has entered a Closed Beta.

Developed by Rare, the game is described as an ambitious freeform pirate adventure that is meant to be played with friends. At first glance, it appears to be a pirate themed Massively Multiplayer Online (MMO) game, but Microsoft disagrees and has said that it features what they are calling “group co-operative gameplay”.

I have had the privilege of being a part of the Sea of Thieves Alpha since November 2016. As such, I have seen how the game has slowly developed and progressed since that time. Although there is still much to desire from the title (more about that below), the fact is that even in its current state of development, the game is a lot of fun to play.

The main premise of Sea of Thieves is to band together with several friends on an epic swashbuckling journey that features mermaids, treasure, skeletons, sharks, the promise of a Kraken and, what pirates live for, good grog to get drunk on. At its core, the game is social in nature, and this is its biggest strength.

Whilst playing the Sea of Thieves Closed Beta it became abundantly clear that the game is social in nature; with a heavy reliance on team work. From working together to sail a ship, and scouring islands to dig up treasure, through to banding together for song and dance, and getting so drunk that you vomit all over your teammates; the game is designed for you to play and enjoy its experiences with friends. Of course, this can also all be done with strangers, but when you already share a real world camaraderie with the people you are playing with, it just adds to the game’s appeal.

Alas, the prospect of getting three other ship mates to play with you, at one time, can be quite a chore. With that said, I must say that the current community of Sea of Thieves Closed Beta participants are a fantastic group of people. Every time I participated in the game with strangers, I was taken aback by how welcoming and cooperative most people are. From explaining the basics of the game, through to other handy and more complex tips and tricks, I have yet to encounter someone who was unwilling to help make the adventure one worth remembering [both Andy and Taygan have had very similar encounters]. It is these kinds of positive social experiences that many games lack, and I truly hope they remain once the game launches on 20 March, 2018. 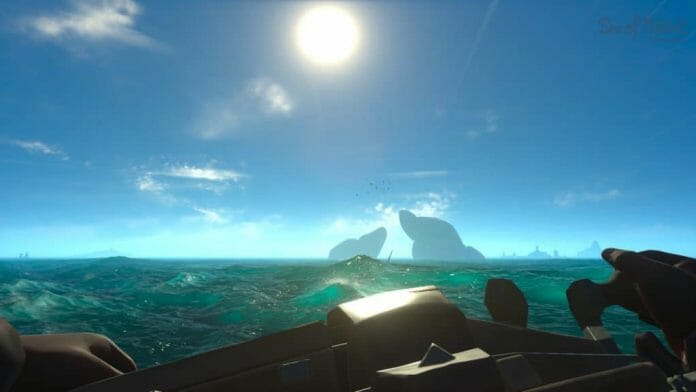 Since the game is social by nature, it makes sense that the best way to communicate is through voice. With this in mind, the game’s voice chat is preferred over party chat, because it allows you to not only talk to your own teammates, but also to other people in the game world. It should also be noted that game chat is proximity based. So other players can only hear you if they are within earshot. This allows for interesting encounters, like impromptu dance offs (yes, this happened) or banding together with ‘enemy’ pirates before one side decides to betray the other (we were massacred in the end).

If communicating via voice is not your thing, then you can make use of the game’s text input or even the myriad of gesture options (that is how we were able to have the aforementioned ‘dance off’). The text option works especially well if you play the game on PC. Speaking of, Sea of Thieves is an Xbox Play Anywhere title. Purchase once, digitally, and you can play it on both the Xbox and Windows PC platforms. There is cross-play too, so no matter which version you buy, everyone wins. I should also mention that Sea of Thieves is now a part of Game Pass, making that service all the more worthwhile. 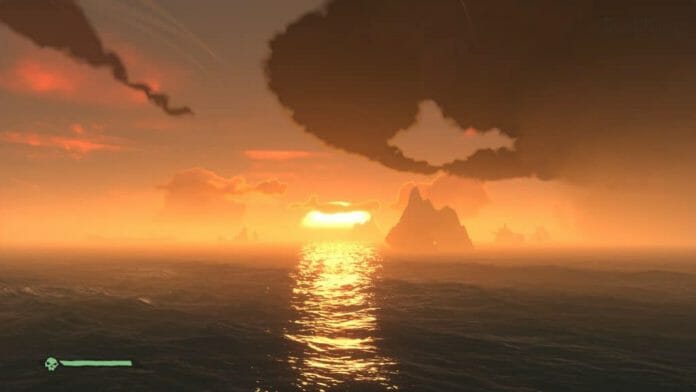 One of the best parts of the game is how wonderfully simple it is. Whether sailing a ship, digging for treasure, fighting a shark or plotting a course to an island; the interactions are fluid and the mechanics are easy to understand. In fact, the game has a wonderfully organic feel to it that is unlike any other I have played. This is especially prevalent when your band of pirates have had to deal with learning how to prevent your ship from sinking (either from crash landings, pirate attacks or being struck by lighting). Making mistakes and learning from them is also one of the most fun aspects of the game. This is especially true once your ship sinks, and you are either saved by a mermaid or eaten alive by sharks.

Visually, the game is absolutely gorgeous. It features some of the most beautiful water effects I have even seen in a video game. It is something I have longed to speak about, but due to the non-discolure agreement in the Alpha, I have not been able to. Thankfully, the Sea of Thieves Closed Beta does not have any of those restrictions. In addition to lifelike water, the game features a day and night cycle, as well as some kind of a weather system – I can confirm that storms on the open waters are not to be trifled with. With god rays, dynamic lightning, shimmering peaks on waves, through to foliage that moves as you run through it; Sea of Thieves is a truly gorgeous game. 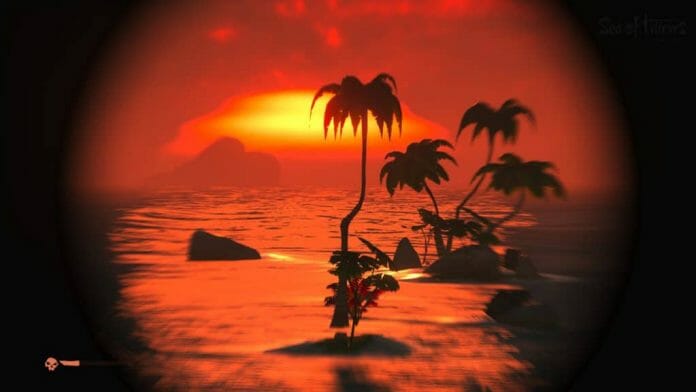 Despite the fact that the Sea of Thieves Closed Beta is still an incomplete game, there is a lot of good fun that can be had. It is also surprisingly stable for a game that is still a few months away from release. However, after several hours of play, I must admit that the characters need a little bit more polish in their movements and controls need to be tightened just a little bit more (nothing worse than failing to grab a ladder and taking fall damage).

It is also worth mentioning that the Sea of Thieves Closed Beta does not have any story elements to it. Rare has alluded to the fact that a lot of content is being kept back for the game’s launch. In fact, this has been supported by Reddit user m4x who datamined the beta and found a host of content that is not yet accessible to players. This is great news, since missions can become a little stale after some time: sail to island, solve puzzle (if applicable), find chest, sell chest for gold. Repeat. 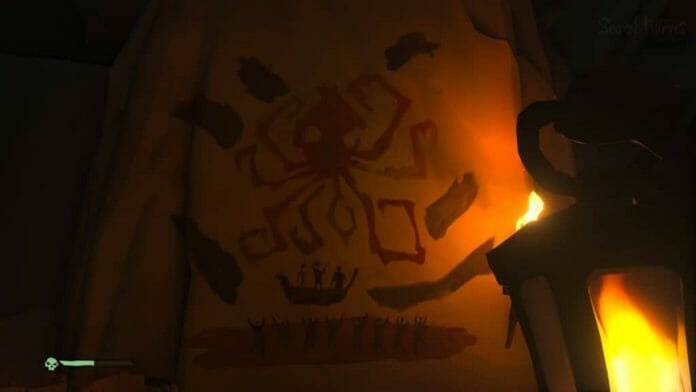 With that said, the strength of the game, in its current form, lies in the adventures had between looting islands for all they are worth. Laughing at your friends who accidentally stumble off the ship in a drunken state, watching as they shoot themselves out of canons only to completely miss their targets, raucously giggling as they are struck by lightning, eaten by sharks or as they fall to their doom from misplaced jumps; there is quite a bit to enjoy and be entertained by.

In a year that is going to be rather dry in terms of exclusive games, Microsoft certainly have a unique gem with Sea of Thieves. I, for one, will be there on launch day, tankard in one hand, cutlass in the other, and a map pinned to the back of my nearest barrel of grog; ready for adventure.