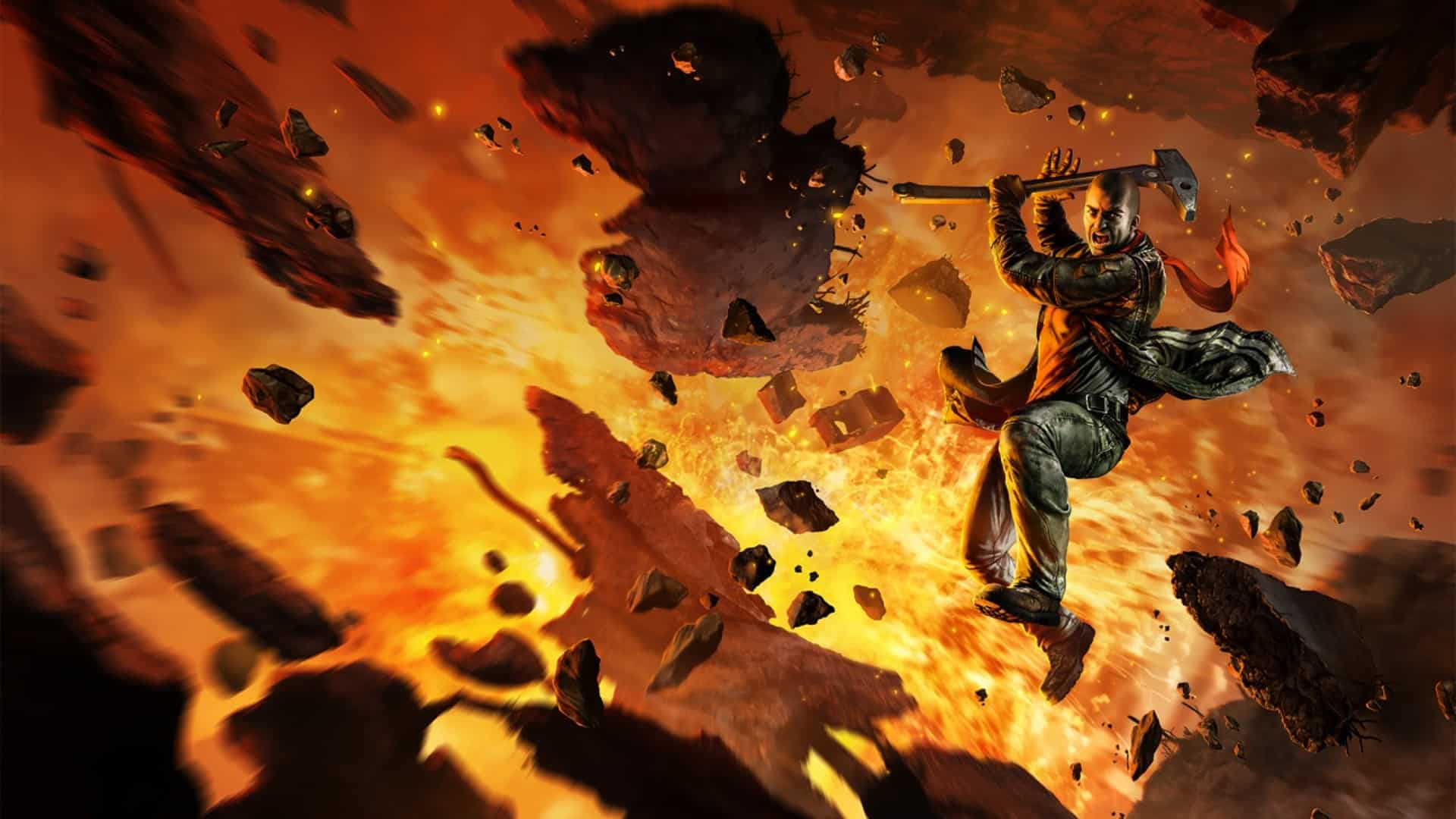 As THQ Nordic slowly works its way through THQ Classics, the company will often pause on one solid property. Today I am very happy to report that Red Faction Guerrilla Re-Mars-tered is coming! Yes, it is exactly what you think it is (remaster of Red Faction Guerrilla), silly pun and all.

Red Faction Guerrilla Re-Mars-tered will feature fully reworked graphics and assets from the original PlayStation 3 title. It will have brand new textures, designed from the ground up, improved shadow rendering and lighting, new shaders and postprocessing; and finally: 4K Ultra-High Definition Support.

Red Faction Guerrilla was one of the company’s strongest Intellectual Properties when it released in 2009. It garnered positive reviews from critics and found a safe place with fans. The game transports players 50 years into the future of the original Red Faction title. In Guerrilla, players take on the role of an insurgent fighter as they help the Red Faction movement battle the oppressive Earth Defense Force.

Like Crysis, a game many of us could not even run in 2009, Red Faction Guerrilla featured heavily destructible environments; strong, almost real physics, and a level of non-linearity that very few games boasted at the time. You could also blow up staircases to stop people from going up or down, or blow holes in walls. It even had a story! It was a bit lacklustre compared to the gameplay, but at least it was there. It was a true science-fiction game, backdropped by exaggerated real-world problems and issues (some of which are still relevant today).

What made the game even greater was that the level of player freedom was unparalleled at the time. It was up to you to decide who to take on next, when to do it, where to do it, and even how to do it. The game featured a huge arsenal of improvised weaponry, vehicles, tools and gadgets, and missions. The player could set up ambushes at strategic locations, or chain explosives together on bridges or in EDF outposts.

Although THQ Nordic has said very little about the game’s upcoming remaster, one thing is certain: it will be a much prettier version of the game than the original. That, alone, should be enough to swing a lot of fans back to the folds of the Red Faction. The re-Mars-tered game is slated for release later in 2018.