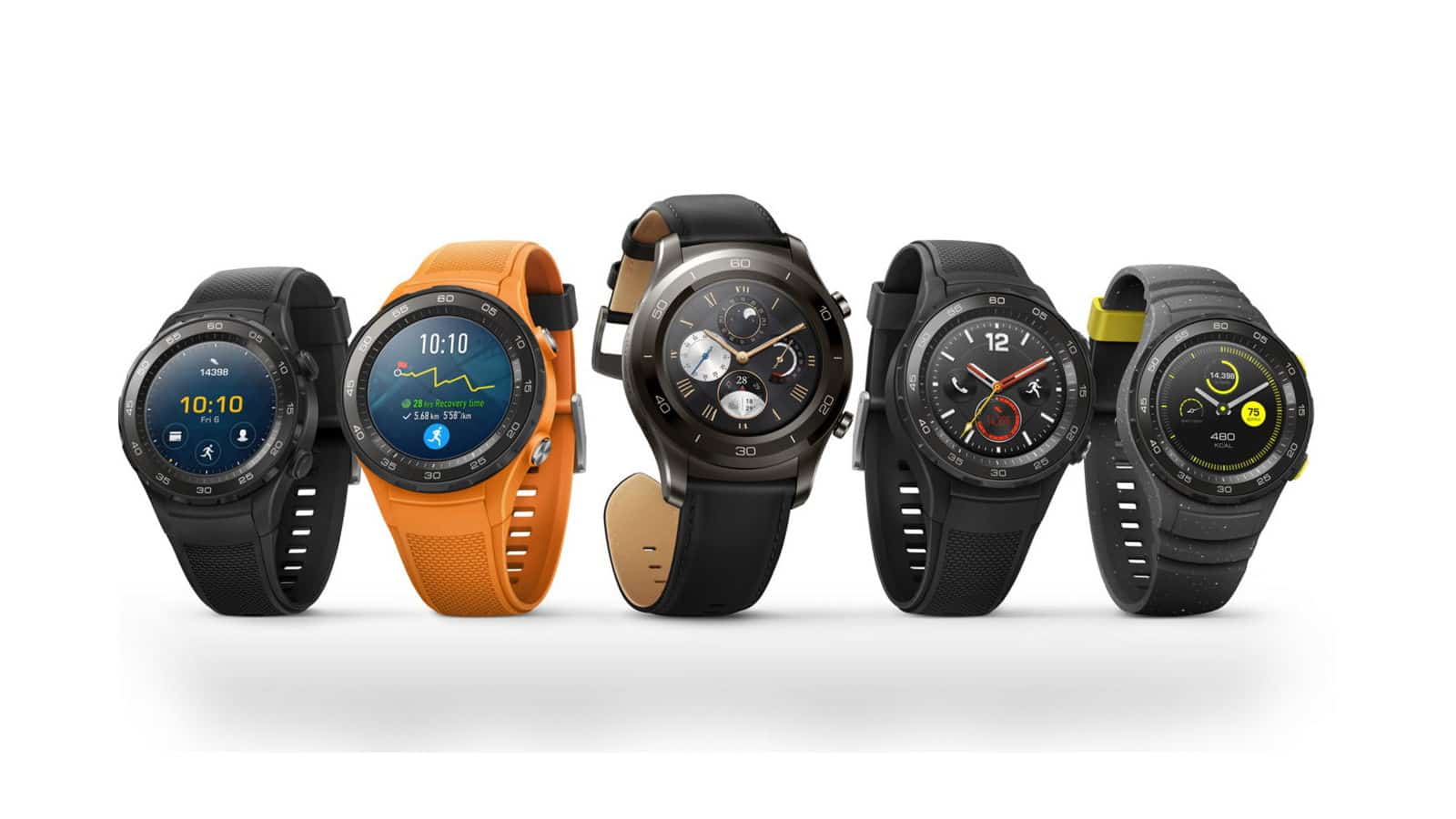 Android Wear devices have had a rocky start. From an overhyped launch to a very a slow roll-out across the globe, many people have yet to get their hands on a decent Android Wear device. This is why the Apple Watch has been able to capitalise on the market. Well, it looks like things are about to change with the Huawei Watch 2.

As alluded to above, the Chinese smartphone giant announced not one, but two wearables: The Huawei Watch 2, and Watch 2 Classic. In terms of specs, they are both pretty much the same. The new watches feature a Qualcomm Snapdragon Wear 2100 chipset, with 768 MB of RAM. Both devices also come equipped with 2 GB of onboard storage. Each watch also has WiFi, GPS and NFC chips, but only the standard Huawei Watch 2 will have LTE connectivity.

Unlike the first Huawei Watch, the Huawei Watch 2 has a smaller display that comes in at just 1.2-inches. The screen has a squared resolution of 390 x 390 pixels. That is marginally more than the 42mm Apple Watch Series 2, which features 390 x 312 pixels.

According to Huawei, their new watches will have 420mAh batteries that can last up to a maximum of 3 days. Both devices are also water and dust resistant with an IP68 rating.

Along with the two standard Huawei Watch 2 devices, the company also unveiled a Porsche Design Huawei Smartwatch. Not much more is known about the device other than that it “brings together the latest innovations in technology with the most functional design”. This Porsche Design Smartwatch is only the latest of a seemingly thriving partnership between Huawei and Porsche.

Both the Huawei Watch 2 and Watch 2 Classic are slated to launch in South Africa in April 2017. International prices have the device start at around $350 USD.