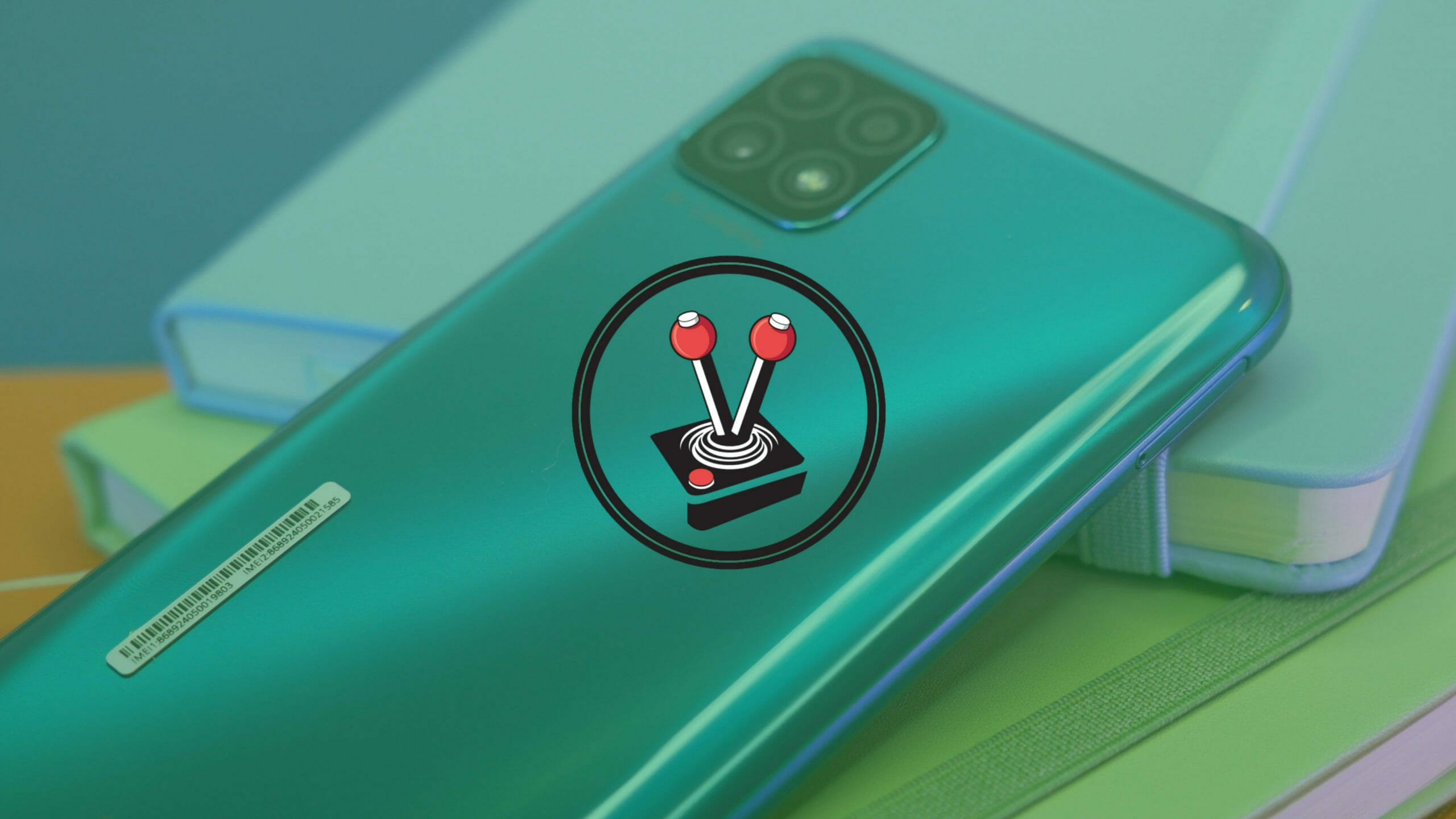 The mobile phone has become a ubiquitous device in modern society. Starting off humbly as a means of being able to contact people without a physical tether, mobile phones today are literal pocket computers. Whether learning a new language, completing assignments, documenting life events, and so much more; mobile phones have become integral to working and living within the 21st century. However, not all phones are created equal, and there is a rather large divide between flagship and entry level devices. This is where the Huawei nova Y60 steps in, hoping to offer mid-tier hardware at entry level pricing (ZAR R3000/USD $200).

At first glance, the Huawei nova Y60 is quite a good looking phone. The front features a single black slab for the screen with a single camera cutout at the top. The sides and rear of the device are made of a high quality plastic, with the rear shell coming in one of two colours: a matte black or a gorgeous ‘Crush Green’ that looks like brushed metal (it is also not removable, with no access to the battery). The latter colour was received for review, and it truly is quite stunning. Even so, and as is the case with most modern smartphones, the device is very much a fingerprint magnet. Interestingly, it does come with an already installed plastic screen protector, which is nice despite being prone to rather bad scratches. Users will, no doubt, eventually need to splurge on a glass protector.

Along with a premium look, the phone has a very decent feel as well. In this sense, with a height of 165 mm, width of 76 mm, depth of 9.2 mm, and weight of 186g; the device feels just right in small and medium hands. The weight also gives it a premium feel, whereas the all plastic body seems quite durable and cool to the touch. In many circumstances, one would be forgiven for assuming the device to be made of metal (like the Pro iPhones). Only upon knocking or scratching is the plastic nature of the phone revealed.

In terms of ports, inputs and accessories; the Huawei nova Y60 features USB-C (USB 2.0 speeds, both a cable and normal 5V charger are included in the box), a headphone jack on the bottom next to the mono speaker, volume rocker on the right, power button with integrated fingerprint sensor just below the volume, and a SIM card/Micro-SD card tray on the top left (phone supports one physical and one electronic SIM at the same time – thus dual SIM). It is worth noting how it does not feature wireless or fast charging.

In keeping with a rather clean design, the buttons are minimalist and functional. However, the placement of the power button/integrated fingerprint sensor directly below the volume rocker might take some getting use to. During the review period, the fingerprint sensor was found to be a little hit or miss. When it works, it is incredibly fast and efficient. When it does not, it very quickly begins to frustrate. Given how it is both the power button and biometric authenticator, it will take some time to get use to not pressing it to wake the device – as it will auto unlock when the fingerprint is detected (pressing it at the same time will cause the fingerprint to be mis-read). The device also includes a face-unlock feature, however, it is much slower than using the fingerprint sensor or inputting the password for entry; and was clearly an after thought for this device. Even so, having multiple means of entry is always welcome.

The mono loudspeaker is decent, but the overall audio quality does leave a lot to be desired – especially in loud environments. It most certainly will not serve as the primary means of enjoying media or content, thus making the included 3.5mm headphone jack all the more desirable.

Perhaps the best feature of the Huawei nova Y60 are the phone’s cameras. The front facing 8 Megapixel (MP) records and captures in 1080p, but does so with an unusual amount of sharpness and a rather strange tilt toward a warm hue. It serves as a decent enough inclusion for video and conference calls and will satisfy for most situations. The three camera module on the back of the device, however, is where the real value lies in the phone’s hardware.

The Huawei nova Y60‘s rear camera module is quite decent, given the phone’s price point. Included are a main 13 MP camera (f/1.8 aperture), a 5 MP Ultra-Wide Angle camera (f/2.2 aperture) and a 2 MP Depth Camera (f/2.4 aperture). The primary camera is the star of the show, featuring fast focus and producing images that are sharp, well balanced and more than decent enough to capture life’s moments. The Depth Camera works very well too, and is able to take some stunning portraits (when the software works the way it should). Alas, the lower resolution does mean the photos might not be great when blown up (but they more than suffice for day to day use).

Of the included cameras, the Ultra-Wide is one of the nicest to have, but also the most disappointing. Despite being a solid and very welcome inclusion at this price point, the produced images are often of a poor clarity and feature too much lens distortion to be recommended. With that said, the images captured are decent enough for the odd occasion (it is not recommended to shoot in Ultra-Wide as the default).

All three cameras record video at a maximum of 1080p 30 frames per second. The video quality is somewhat a match to the way each lens captures photographs, with the resolution being the only difference (photos are 4K, videos are 1080p). Feel free to watch the embedded video review (above) for a more comprehensive look at how the camera functions.

Complementing the camera system in the most incredible way is the Huawei nova Y60‘s absolutely gargantuan battery. Coming in at a lofty 5000 mAh, the battery is easily one of the highlights of this device. In short, battery life is simply outstanding. It allows for well over 10 hours of use on a single charge (this is a conservative figure). Whether gaming, watching videos, chatting with friends and much more; the Huawei nova Y60 is a power house of a device. It is one of the few devices I have personally tested to allow for more than two days of consistent usage, and it truly impressed.

The screen on the device is also quite good given the budget nature of the phone. It features a slightly crisper than normal 720p display (1600 x 720) able to produce over 16.7 million colours. It is a TFT LCD, therefore does suffer from losing image clarity and colour at angles greater than 90 degrees on both axes. However, it does perform very well in direct sun light and will suffice in almost all situations. Much like the battery and cameras, the screen is of a very good quality for this budget device.

Given how the Huawei nova Y60 launched in August 2021, the timing makes it a brand new device. However, in-line with the budget aspect of the phone, it features a processor from 2018 (Mediatek MT6765) with 4GB of Random Access Memory (RAM), 64GB of internal storage (upgradeable via a SD card) and a few caveats here and there. In this way, it supports 4G LTE, WiFi b/g/n on the 2.4 GHz spectrum only (no 5/6 GHz love here), no Near Field Communication (NFC), and Bluetooth 5.1.

Despite this, the phone is by no means a slouch. In terms of day to day operation, the Nova Y60 performs admirably. There are moments here and there where navigating within applications or the user interface (IU) will showcase some hitching. Fortunately, these moments are few and far between, and are generally resolved within a few seconds.

Overall, the device offers a fluid and responsive experience; whether playing the latest games or switching between applications via multitasking, or enjoying the many cameras – it is a solid performer at its price point. However, the decent hardware quickly comes to a halt courtesy of the half-baked and advert ridden operating system.

Over the last few years, Huawei has had a bit a of a tumultuous time in terms of American based applications and software. Making the matter complicated is how many of Huawei’s phones and devices run on the Android platform, and the Nova Y60 is no exception. It is a point worth mentioning as it directly influences the functionality of the Chinese company’s devices, and whether or not they are worth the investment.

In this sense, many of Huawei’s latest ‘nova‘ phones technically run a skinned version of Android. Called EMUI, the software is visually and functionally different to Google’s stock Android. In fact, it very much comes across as an Android based clone of Apple’s iOS. From the way EMUI handles navigation, through to applications like MeeTime (copy of Apple’s FaceTime) and even the phone’s digital assistant ‘Celia’ (who even has a Siri like orb for communication); it is blatantly evident how much ‘inspiration’ the company has taken from Apple for its devices. Unlike Apple, however, EMUI is not as fully featured, stable and, perhaps the most egregious part of all, it is riddled with advertisements.

In a world where privacy and security are paramount to user trust, and where advertisements serve as the bane of many consumers enjoyment of Internet content; Huawei has taken a rather odd left-turn with EMIU. In this way, the operating system features advertisements in the most egregious of locations. Like how playing a personal video in the photos application will induce a pop-up feed on the bottom of the display of videos from across the Internet (adverts mixed with Tik Tok trends and more). These are always videos with no real bearing on what is currently being watched, and clearly have no place in the photos application to begin with – unless purposefully saved by the end user. Unfortunately, this appalling behaviour is rampant throughout many of the stock applications within EMUI. It therefore begs the question: do you really want to be spammed with advertisements, within stock apps of this OS, on this brand new phone? For many, the answer will be a hard ‘no’; and for good reason.

Making matters worse is how EMUI does not support Google Play services or apps; despite being built on Android 10. As such, many of the most popular apps are not available on the Huawei nova Y60. The result is a phone with decent hardware, held back by software that comes across a lot like ‘spam ware’. Thankfully, all is not lost for the tech savvy. Those who know how to side-load apps or flash the device with stock Android will be in for a treat – as the hardware is very decent for the price point. Then again, why should users even need to resort to doing so to enjoy the full abilities of their brand new phone?

On the surface, the Huawei nova Y60 comes across as one of the more remarkable budget phones on the market. It has a gorgeous premium feel and design, includes four decent cameras, and provides a snappy and enjoyable experience overall. Unfortunately, the mid-tier hardware is fundamentally held back by incredibly questionable software; making the phone a difficult one to recommend for people who want nothing more than a phone that works. For the tech savvy, however, this is a remarkable phone for the price. Alas, the effort needed to truly allow the phone to shine seems somewhat convoluted, which is a real shame for this well built, functional and decently priced device.