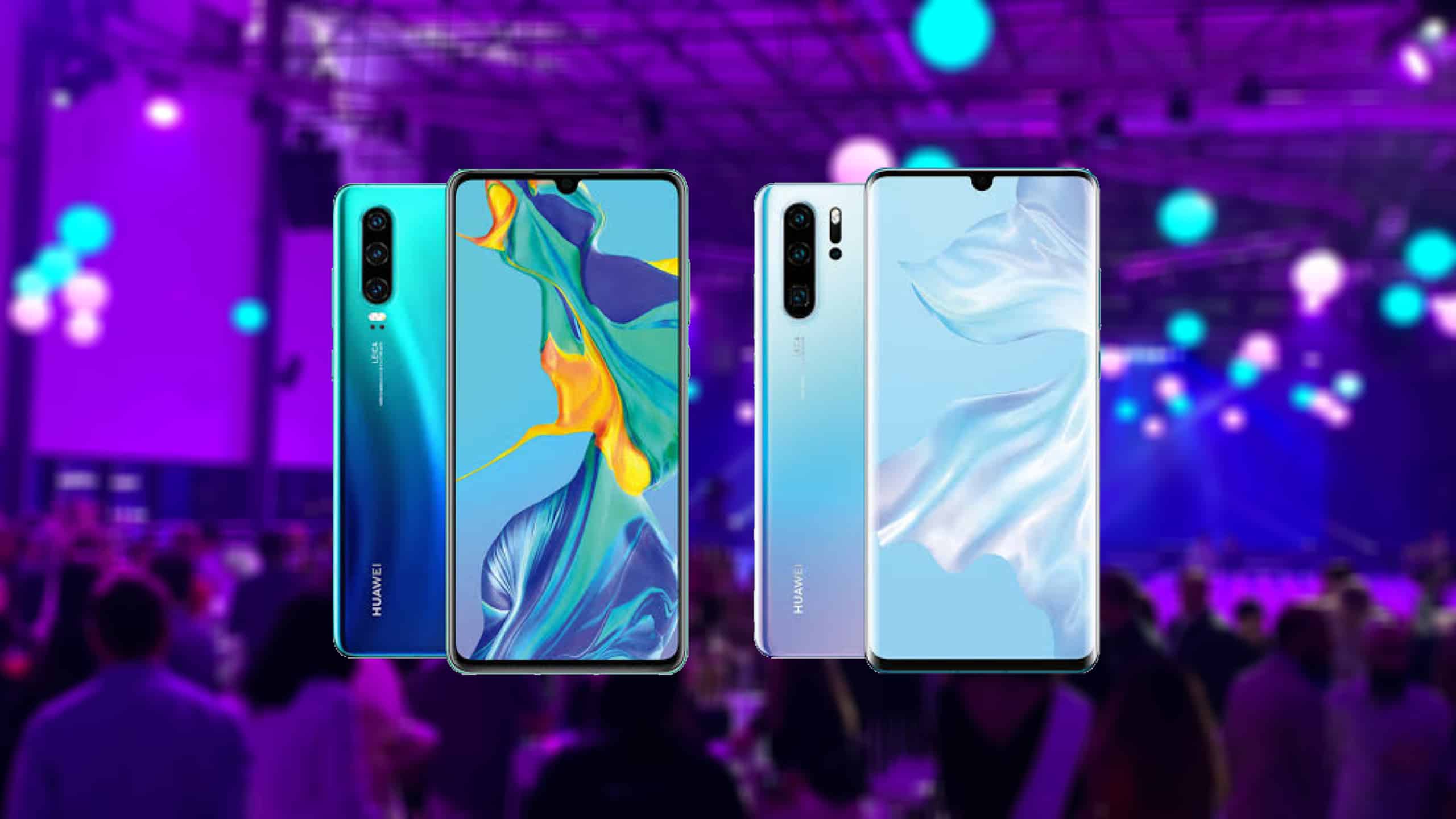 It was a spectacle! To stand at the back of the conference room and watch how the bokeh-mimicking balloons dropped down, and how the stage lights faded and dimmed into darkness. Then the music boomed all around and the lights flared up once more, as Huawei unveiled the Huawei P30 lineup. Slated to dominate smartphone photography in 2019.

Naturally, as a devout iPhone user, I scoffed at a lot of what was said on-stage. This is not because I am ignorant to spec sheets and features, however. No, it is because – in my humble opinion – the Apple experience is the more enjoyable one! With that said, I must admit that recent years have not been Apple’s best, and the magic seems to have subsided just enough for me to notice a few key things here and there from various other flagship decides. Things that make me go “ooh”. Things that intrigue me enough to want to put my iPhone XR down and pick up another phone instead. Hence, when the Huawei P30 demo played on-stage, and the lights lit up enough of the room for the head honchos to show the device off in-person, I wondered…

Here are five reasons why the Huawei P30 might become my side bae.

It also comes in a few flavours of colour. Officially, there are four colours for the P30 Pro and three for the P30, but South Africa is only getting three colours: Breathing Crystal with its icy blues; Aurora, with greener hues and dark blues; as well as a simple and stylish “black”, which, as you might expect, is simply black in colour, no fuss.

Then again, fancy gimmicks are exotic and new and strange, and when they work and evolve, they become mainstream. That is what I want for the Huawei P30’s fancy new vibrating speaker(?) system. Instead of installing a hulking speaker into the phone, the Huawei P30 features an elegant new doodad below the screen. This doodad vibrates in such a way that it produces “accurate” sound through the screen itself. What sorcery is this? Needless to say, the sound produced is not as loud or booming as it would be from a normal speaker, but it is such a cool concept that, as a techie, I really want it in my phone.

An absolute unit [of a camera]

I love the no-fuss, no-hand-holding-needed experience that the iPhone XR camera provides. However, I must confess that the camera on the P30 had me shook – ever since seeing it in action! Both models come with a fancy new Leica Camera system on the back, and a single camera on the front. Three lenses are set into a long oval shape on the top-left of both phones, while the P30 Pro features an extra fourth just to the side of the main camera unit.

The camera unit comprises of a 40MP camera, a secondary 20MP ultra-wide camera and an 8MP telephoto camera with – wait for it – five-times optical zoom. Five! 5! Also, the fourth camera on the P30 Pro is a brand-new 32MP Huawei Time-Of-Flight (TOF) camera, which is basically just a depth sensor in layman’s terms.

It can go all night and all day

There is no denying that the iPhone XR has the best battery life of all current flagship iPhone models. Yet even with the knowledge that it has incredible battery life, I cannot lie – Huawei has always done battery better. If not because Android naturally drains power whenever and wherever it can, but rather because it has exceptional battery-saving profiles. Now, however, it seems that they are simply brute-forcing good battery life and for the better!

The Huawei P30 Pro comes with a whopper of a battery. At 4200mAh, it certainly turns heads! What I find most interesting about it, however, is that it still fits into a body that is sleeker than the iPhone XR. By far! That is not all either. Huawei also revealed that the P30 and P30 Pro will also be able to charge other devices wirelessly – a feature I desperately want to be in this year’s iPhones. Furthermore, because it is the bigger brother, the P30 Pro is also capable of powering devices like a MacBook Pro, a secondary screen, or even a vibrator through its USB-C port. Not that all of those are every-day scenario-type-things you would do… right?

Finger it until it works

Huawei went another route this time around with their biometrical security. Instead of putting the reader on the back like it was on the P20, the P30 has a fingerprint reader installed on the side – right in the power button. Similarly, the P30 Pro also has a reader, only this time it is situated underneath its beautiful screen on the front. I have to be honest and mention that I heard the in-screen reader feels sluggish or slow when used, which I understand to be a con. However, as someone who really wants Apple to bring back a fingerprint reader, I think the way to go is via the screen. If it ends up being slower than FaceID, well, knowing me I would just finger it until it works.

Okay so, I am an Apple user – nay, fanboy, and I will never be getting rid of the iPhone. With that said, I must admit that I wish Apple had the features mentioned above in their phones. For the longest time, Apple was known as an innovating force. Sure, they do not do things first, they do them well, and that I can appreciate. Even so, I think it is high time for them to get bigger batteries, better optical zoom, and more? Especially a fingerprint reader, for crying out loud! I really want that back in my life!

In any case, there is no denying that the Huawei P30 and P30 Pro are great devices. I used to be a Huawei owner, during times where my iPhone and I were going through rough patches, and I really did like them a lot. With the advent of the P30, I might have to get another side bae to compliment the old ball and chains, and for the right price, I just might.

The Huawei P30 and P30 Pro are already available for purchase at any service provider or reputable cellphone retailer in South Africa. The P30 retails for R11 500, while the P30 Pro has a going rate of R16 500. These must be the most competitive prices that I have seen in a flagship lineup in all of 2019!