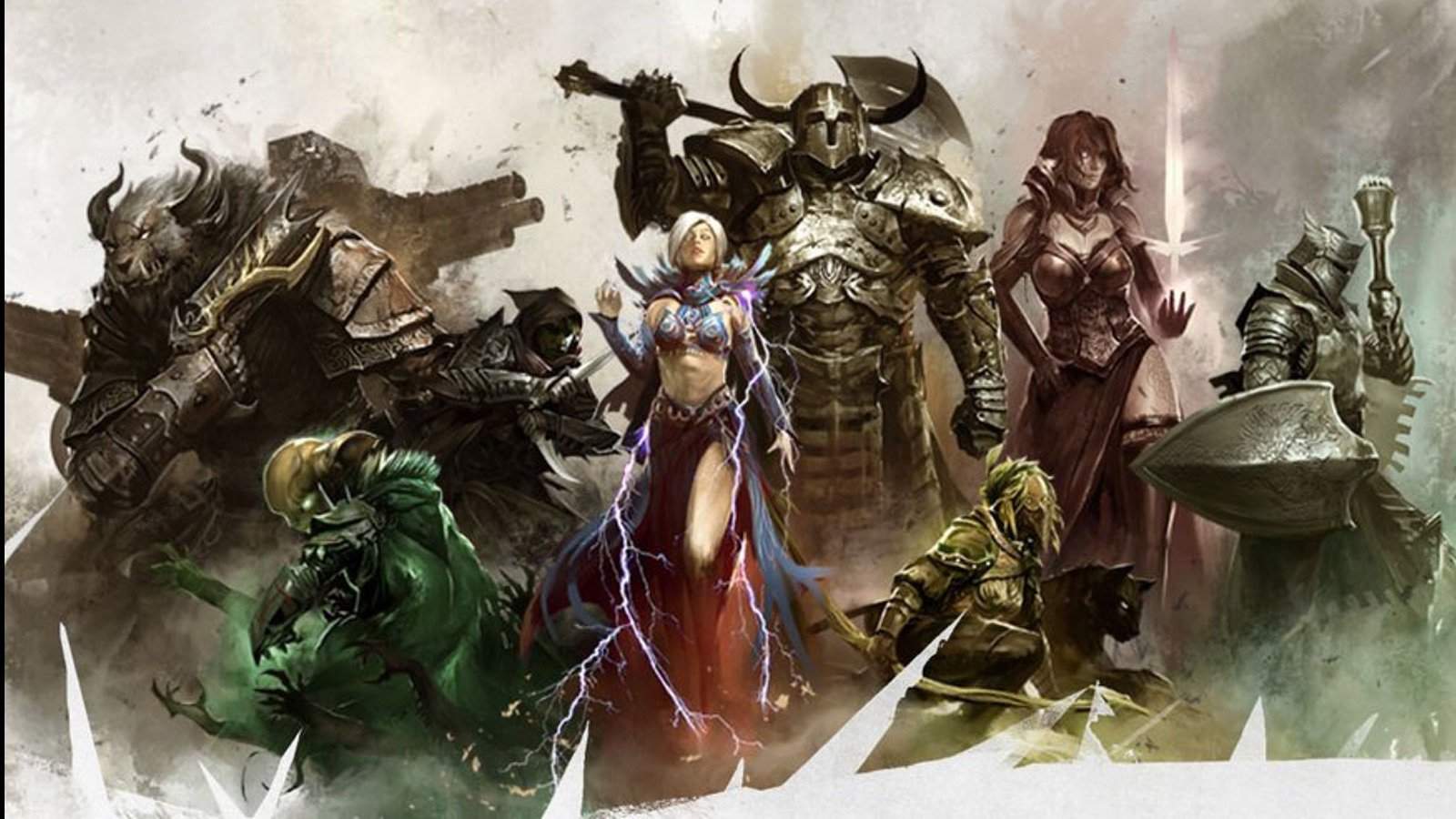 A massive update has landed for ArenaNet’s award-winning Massively Multiplayer Online Role Playing Game (MMORPG), Guild Wars 2. It is an update that really puts the “massive” in MMORPG.

TLDR: the second of four planned big quarterly updates for Guild Wars 2 has a strong focus on “rewards”. The spring update makes the game a lot easier for players who prefer to play alone and in short bursts. However, it still evenly balances most of the group-based content and brings the game’s new expansion back to the glory that it should have had at launch.

Mike O’Brien, the Game Director and Studio President for ArenaNet, wrote a blog post detailing the motifs behind the spring update that he says is focussed on “reducing grind, increasing rewards, and getting to the fun faster. It’s a rework of many parts of Guild Wars 2: Heart of Thorns — sort of like a second take on the expansion”. He also went on to mention that the update is primarily focussed on improving the existing game versus simply adding new content.

The length of the update notes indicate that this update is huge.  Below is a short rundown of the most important things that you can expect once it is released.

Expect more rewards, more frequently. Many of the events around a lot of the maps added in the Heart of Thorns expansion have gone through major reworks, resulting in much better rewards for players who actively participate in all events, especially from begin to end.

Experience gain has been increased by 50% across the board for just about all events and kills a player gets throughout the Maguuma Jungle areas. This is in an effort to allow players reach their Masteries (end-game progression) much easier. Some Hero Point Challenges have also been tweaked slightly to allow for smaller groups or solo players to gain the necessary points needed for progression toward unlocking Elite Specialisations.

When Heart of Thorns was first released, then game Director Colin Johansson aimed to take the expansion in a big group-oriented direction, taking away Dungeon rewards in favour of extremely difficult max-level Raids. It was said that Dungeons would fall away completely, much to the ire of many veterans of the Guild Wars 2 community. Fortunately this is not the case as this quarterly update aims to rectify this by bringing back Dungeon Rewards and then some by adding a much needed boost to Dungeon Tokens received when completing Dungeons. The update is also bringing back the liquid-rewards for completing Dungeons.

The Looking For Group (LFG) tool is a tool where players could potentially get together and organise massive groups for people who did not have any friends online at the time, but it had major flaws and would in many cases not work at all. This has been fixed, and the LFG is a much better experience to use now. New categories have been added in order to make it easier for people to find groups who focus solely on the content they want to partake in, and the tool has been reworked for user-friendliness.

With the introduction of the Maguuma Jungle areas in the expansion, many players slowly lost interest as the areas were simply just too difficult to complete – even if they were already level 80 and had half of their Elite Specialisations unlocked. This was mainly due to the Jungle having a lot of issues regarding its rewards system (mentioned above) and other problems relating to participation.

In order to gain even a fraction of the reward, players were required to consistently be present at all times, even though the day cycle had nothing to do with the night cycle. If, for any reason, a player went away from their keyboards in the game, they would lose all participation for whichever events were running at the time. Players would also lose all of their total participation if they had a quick disconnection error and logged back in, no more than half a minute later. This has thankfully been rectified, and there is a much longer timer that allows for more casual gameplay.

Some huge improvements have also been introduced to the players themselves. Many skills – like that pesky Ranger sword auto-attack – have been reworked and major improvements have been made to them. All of the professions in the game now also have their Area of Effect (AoE) skill indicators made much flashier, with every profession given their own look.

Most importantly, all professions in the game have been tweaked in order to be either, more powerful, or given much more utility while participating in some of the harder group content in the game. These Quality of Life changes alone would be enough for what is the first of the quarterly updates, but there’s more.

Legendaries, World vs World, and an Awesome Max Level Boost

This update adds the very last (for a long while) new Legendary weapon to the game. To obtain the weapon, players must go on an epic journey to hunt two great tigers, Chuka and Champawat (who draw their names from mythical tigers in history) in order to gain the Legendary Shortbow. The update also adds the final path for the Legendary Fractal Backpiece, Ad Infinitum for all players who finished crafting the third tier of the backpiece, Unbound.

World vs World has also seen a lot of improvements, with reward tracks similar to those in PvP and new ranked boards for players who aim to be the best. A new Beta feature called World Linking has also been introduced which allows low-population worlds to ally with bigger population rewards and stand a better chance at winning big battles between the servers.

Most importantly however, for just about every single Heart of Thorns owner, ever, is the new Max-Level boost that all players who own, or plan to own, the expansion will receive.

Simply by logging in and loading into any of their characters, players will be greeted by a message that will open their inventory, now with an added shared inventory slot (a lot which allows sharing items through all character on the same account), with a Max-level boost inside of it.

Once a player clicks on this item, the player will get a prompt to “trail” the boost, which will transport the character to the Silverwastes map, a map that serves as an intermediary between the Central Tyria maps (Guild Wars 2) and the Maguuma Jungle area (Heart of Thorns). This character will be given a full set of level 80 armour and a full set of weapons that compliments the character’s profession, as well as all of his skills and traits (except for the Elite Specialisation of course) all maxed out and set to what ArenaNet thinks would work best on that character.

Here, players will be able to explore the entire Silverwastes map, participate in all content and events on the map and try out their character for as long as they like. If players would choose not to use the Max-level boost on their current characters, they can log into another, and click the boost and trail it again. Players are able to do this as much as they like, for as long as they like until they have found a character that they feel should be boosted.

By leaving the Silverwastes map, or by clicking the boost in the inventory again, players get to choose if they want to consume the boost on the current character. If consumed, the player is given all gear and weapons that they were given during the trail, for free; four 15-slot inventory expansion slots, two dye sets, some skill-enhancing consumables and a set of harvesting tools. After consuming the boost, players will also be given all experience that they have accumulated during the trail in the form of experience for the first of their Masteries (in the case of new players) or their current Mastery track (for any Veteran player logging in for the first time). Consuming the Max-level boost will also free up the Shared Inventory Slot for future use.

Guild Wars 2 is free to play with very fair limitations which can be removed by purchasing the Heart of Thorns online for 49.99 USD (~R720.00). The next quarterly update which is said to bring a brand new Living World (free & continued story) content is expected in around 4-months time.