The city of Lion’s Arch is familiar to anyone who has played ArenaNet’s Guild Wars games. According to the game’s lore, Guild Wars players have been calling Lion’s Arch ‘home’ for over 250 years – it is the main player hub for both Guild Wars and Guild Wars 2 after all.

Throughout the Guild Wars series the city of Lion’s Arch has endured the wrath of pirates, bore witness to the reemergence of an ancient species of monster, been the central location for a history-changing assassination attempt, and has even survived the cataclysmic rise of an elder dragon. Unfortunately, nothing lasts forever and the city’s greatest challenge has yet to come. 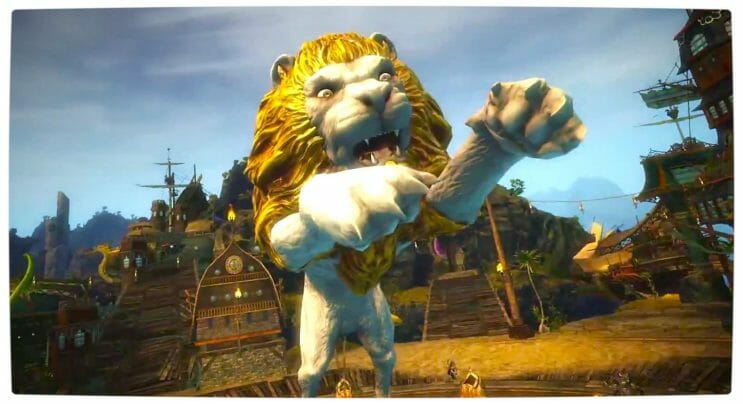 A new and ominous trailer released by ArenaNet depicts Lion’s Arch in ruin, showing iconic areas of the massive city under attack by Scarlet Briar and her various minions; ending with the words “The Siege Begins February 18“.

Scarlet Briar, an evil Sylvari mastermind, has been the Living World of Tyria’s main antagonist for over a year. She was the one behind the Molten Alliance during the Flame and Frost story arc as well as the secret head honcho behind the rise of the Aetherblade Pirates.

It was not until the Clockwork Nightmares, however, where she finally revealed her face and identity to the world. Needless to say, Guild Wars players from all around the world have developed a sweet hatred for Scarlet and her dastardly schemes.

The latest update to Guild Wars 2’s Living World of Tyria sees Scarlet’s latest scheme come to fruition through the ultimate destruction of the iconic Lion’s Arch. Scarlet will bring her armies and all of their horrible weaponry to the city in the Escape from Lion’s Arch content release on 18th February 2014. 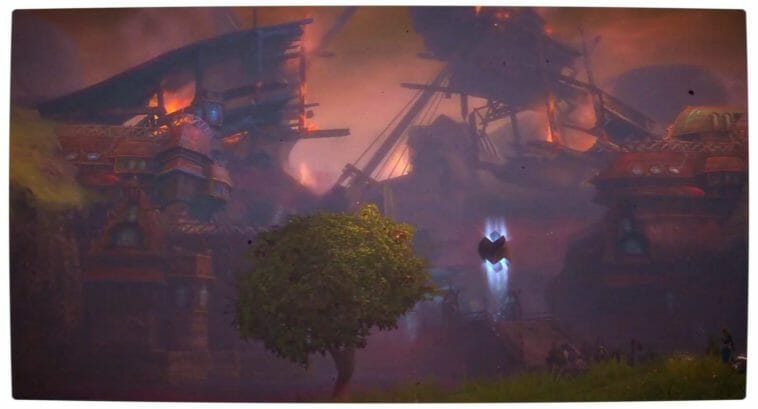