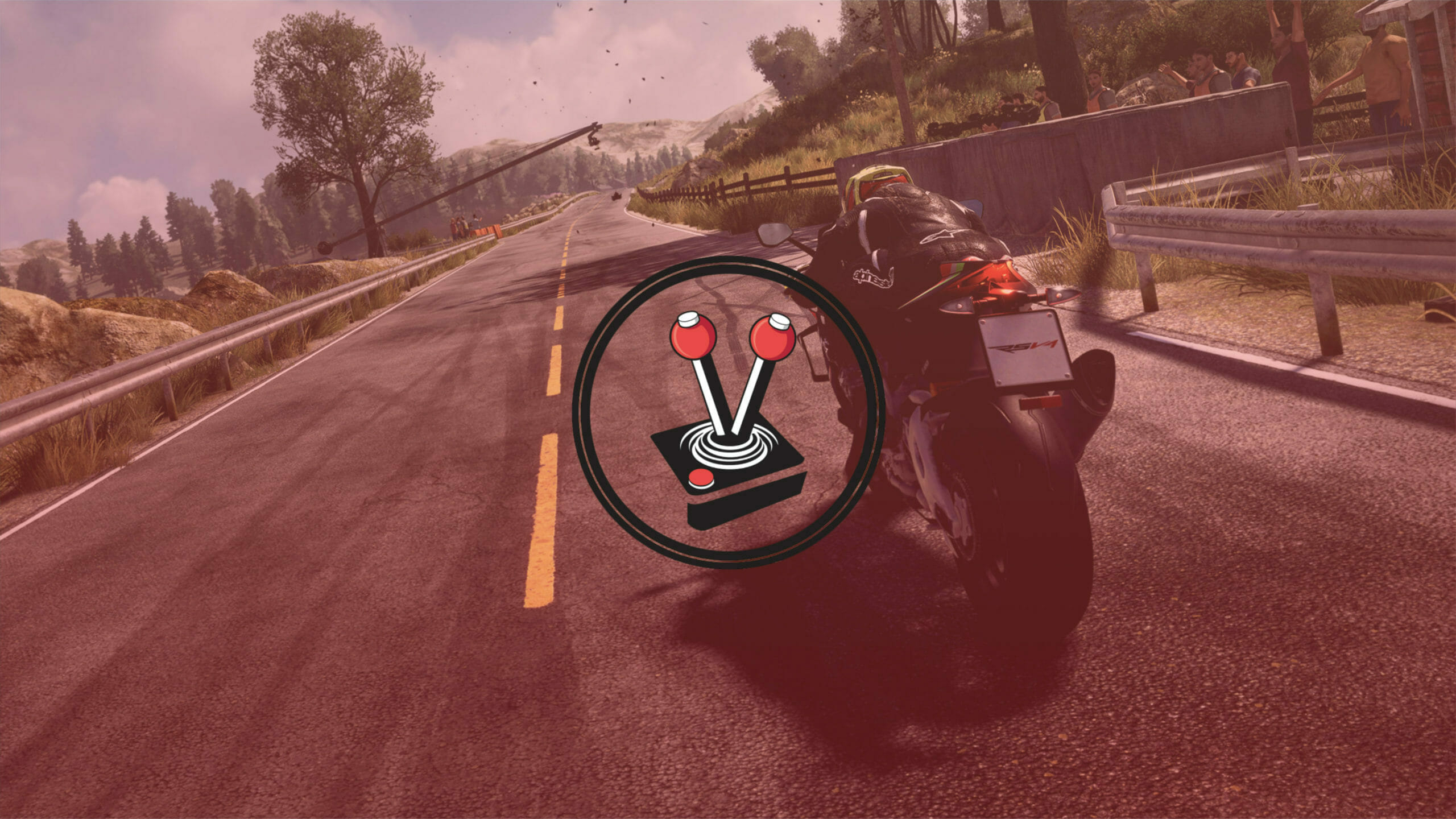 Simulator fans, racing or otherwise, have been taken care of quite nicely over the last few years. Games like Steep offer extreme skiing simulations, whilst Dirt Rally focuses on, well, the ‘dirt rally’ experience. The long-running MXGP and MotoGP franchises have also been the king and queens of the motorbike racing simulator genre for quite some time. With that said, only a small handful of these games, including the plethora of wonderful sim racers not mentioned, actually let players take a deeper dive into the nitty-gritty aspects of racing. This is what RiMS Racing attempts to do, and it does so with grace and immense satisfaction.

While games like Car Mechanic most certainly exist, they remain fairly one-sided. After all, players cannot build up and tweak those engines to race with afterwards. Similarly, WRC gives players a nuanced view into managing a team and going through a calendar filled to the brim with events, but the most players can do for their vehicles is to fix them between rounds. RaceWard, a small development studio comprised of Milestone S.r.l. veterans, has chosen to double down on all aspects of motorbike racing – including the tuning and engine portions of the experience. Thus RiMS Racing allows gamers to go in far beyond just tweaking things like stopping power, deflating or inflating tires, and raising or lowering the chassis. Instead, it simulates both the riding experience and that of dealing with the detailed maintenance when off the track. While it is by no means as nuanced as real-world motorbike engineering, it most certainly comes close to the overall real-world experience.

The first things players will see when entering the single-player career mode is already one step better than most others: it jumps into an immediate tutorial where it teaches players the basics of what it means to play a racing simulator, then carries on to guide new players on to the engineering and management aspects. This is a neat way to introduce players into the nuance offered here, but in short, players only need to know how there is a buttload of metrics and information to keep in mind. The game has a lot of things to keep track of at all times and the tutorial does a great job of acclimating players to these aspects.

Once the initial tutorial ends, players are thrust into a rather familiar world resembling simulator games from the past. In this sense, there are a bunch of categories and divisions to shift through while back at headquarters. These include managing and maintaining all owned bikes, changing up and replacing gear and equipment, and going through a series of progression trees tied to various aspects of the player’s journey.

The most glaring omission in RiMS Racing, however, is how there is no real competition to the massively popular Career Mode featured in MotoGP. Instead, players are given a calendar filled to the brim with events. These events have to be capped off in singular order as players eventually make their way down the list to get to the RiMS Racing championship at the end. As such, the racing to be found here is just a stock-standard affair, but for good reason: the game’s one true focus lies within the workshop back home.

Look at any screenshot for this game and it will likely show off some type of motorcycle part, a process of removing or attaching said part, or even including a full table of metrics for how it works. The reason for this is simple: the real wonder of RiMS Racing lies within the customisability it offers. According to pre-release materials, there are upwards of 500 officially licensed motorbike parts players can peruse, collect, and use on any of the available motorbikes – one of which can be chosen for free at the start (Yamaha go brrrr) whereas the others can be earned in-game.

Apart from making minor adjustments before each race, players may also check up on their bike at any moment during a race by pulling up the Motorbike Status Check (MSC). The MSC is an in-race menu detailing every aspect of the bike, broken up into its different parts, at any given time. For instance, players can check on the status of their wheels, their brakes, and even their fuel reserves to pinpoint exactly why their ride may not be as smooth as they thought it was before tackling the race. The MSC is essentially a quick and dirty shorthand look into what parts might need replacing sooner rather than later. Pro Tip: never neglect to check the status of these parts at the workshop. It will save you a lot of time (and worry) once in an event.

The workshop is essentially the game’s strongest suit. Apart from being able to buy all of the aforementioned parts here, players can also check up on the status of their bike, and inspect its most minute details. Is your fender looking roughed up? Inspect it, and perhaps even replace it. What about your windscreen? Replace it too if need be. Exhaust sounding funny? Yup, it might need replacing — and the entire process is cathartic bliss! There are eight bikes in total and while it may sound far fewer than one would imagine from a racing sim; the sheer amount of workshop tweaking and engineering on offer will make it feel like there are ten times the number of bikes available. There is a certain charm to removing and replacing something as menial as brake callipers and seeing, in detail, how they are removed, replaced, and mounted back onto a motorbike. It is very satisfying.

Beyond the feature-packed career mode, players can also jump right into the action via the single player menu. These races allow players to jump into more training sessions (which newer players may need at first) or right into quick races. Quick matches can be customised as well via road status, time of day, and even track listing. These can also be tackled with any of the available bikes in the game, and a whole lot of customisation can also be done here. The difference essentially comes down to how there is no management and research aspect to take note of here, and no calendar with saved progress either. It truly is a quick and easy way to get into a race without much hassle.

Multiplayer is also fairly stock standard, with the same amount of customisation as above. The only difference being the option to load up a lobby and wait for others to join in on the fun. Unfortunately, the online portion of the title was not available during the review period. However, the veteran developers behind the game and the game engine it is based (more on this later), indicate the overall experience should be smooth and painless – as long as there are enough players to fill lobbies.

RiMS Racing also includes a host of real-world tracks, all of which may be beset by weather, featuring extremely wet tarmac after a thunderous storm or be dry as a bone when no rains have come. In addition, all tracks also seem to be available at all times of the day, depending on which season and what event players are tackling at the time. These look as good as can be for a cross-generation title, with many aspects (especially those tied to the bikes themselves) looking obscenely lifelike. With that said, the game did have quite a few graphical glitches during the review period. Namely some strange shadows here and there, but nothing game breaking.

It must be mentioned how RiMS Racing is built upon the KT Engine, the same engine used in TT Isle of Man. This explains why the game looks and plays as well as it does. The tracks look great, while also offering some nicely detailed surroundings (within reason for this kind of title). It also explains the great physics and simulation of the racers and bikes. Whether players choose beginner, intermediate, or realistic; nothing feels out of place in any difficulty or realism setting. Bikes feel weighty and cornering feels like an art. On the topic of cornering, it is imperative to check the controls for the game. For some reason, steering sensitivity defaulted to -5 on both sides for me, which made steering nigh impossible. Pushing it back up to zero made a world of a difference, but I went ahead and put it to four on each. I am not certain whether this was a bug or not, but it is worth noting.

Gamers who are not fans of simulation games will most likely grow bored of a title like this in a few hours. However, RiMS Racing is not meant for the ‘casual’ crowd. For a start, the game has nowhere near the number of bikes on offer as more mainstream titles (think Forza) and requires far more patience and nuance to earn enjoyment when compared to many competing simulation games. Despite these trade-offs, RiMS Racing fits right in with the best available simulation racers on the market. Career mode is packed to the brim with features, while in-depth tutorials and training sessions exist to help bring newer or inexperienced players into the fold. The key feature of the game is its unapologetic focus on singular parts and how they are installed on the bikes. It is a crazy, truly wonderful and utter satisfying inclusion for the most hardcore of simulation enthusiasts. While the game may not have all the polish in the world, it sets a crazy new precedent for racing simulators; thus raising the bar in many more ways than even RaceWard set out to do – an exceptional feat for the studio’s first outing.