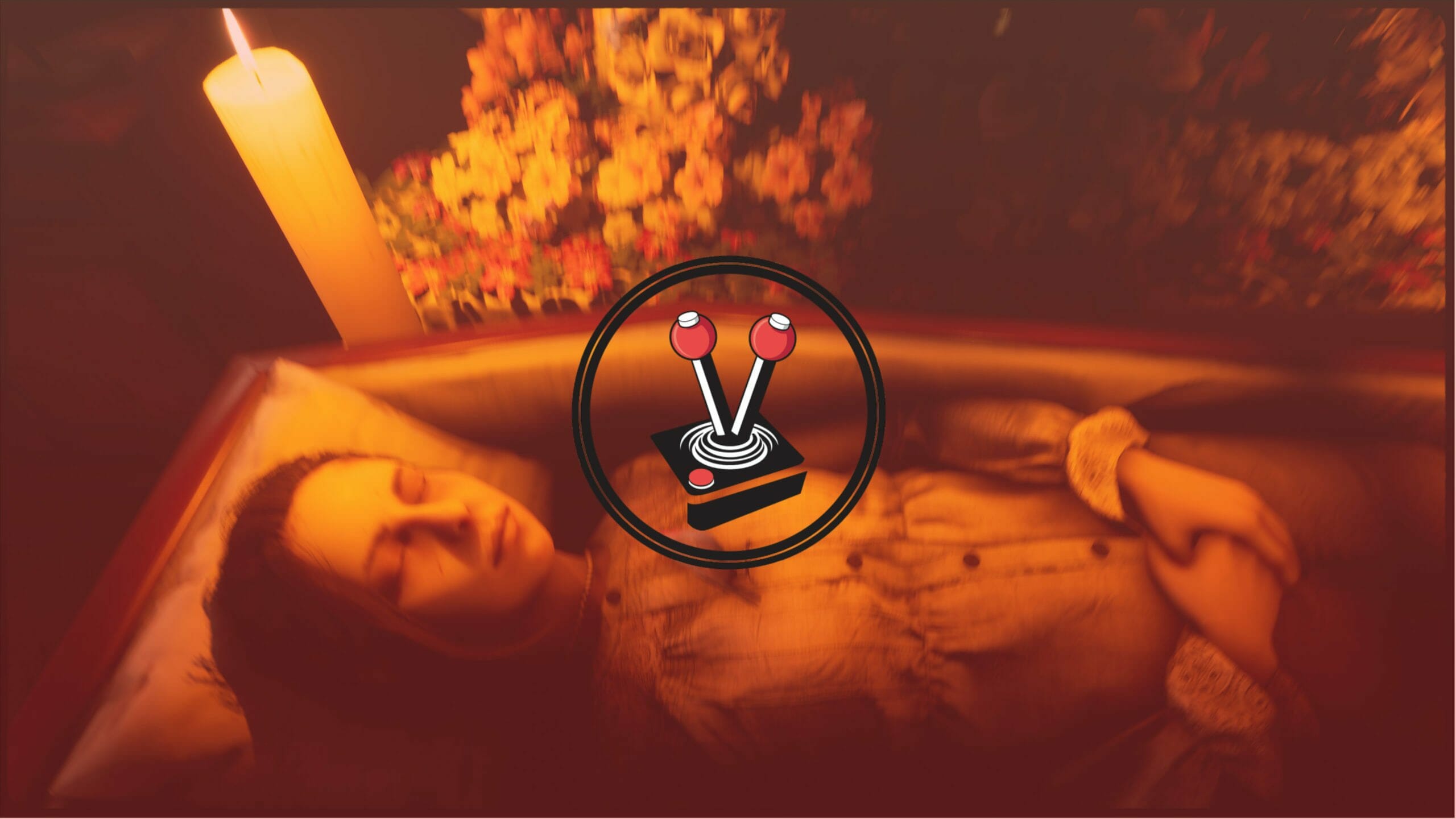 The horror video game genre is filled to the brim with titles of all sorts. First Person Shooters, in particular, have enjoyed both classic and modern hits, such as F.E.A.R. and Resident Evil 7 Biohazard respectively. The First Person sub-genre has largely been waylaid in other categories, however, with games like Fatal Frame sticking it out with the champion’s belt for decades. Sadly, with no new Fatal Frame in sight, one has to look at other pastures to fill that slower, exploratory horror need. Martha is Dead does exactly this, and so much more.

Whether it is a quiet walk through a fogged forest or a deep dive into puzzle solving photography; a literal slice of 1940s Italian life, or ghostly twists and turns embedded in life-long trauma; Martha is Dead is an experience unlike any other. The title harkens back to classic exploratory titles of old, but now with the inclusion of supernatural and psychological horror. Married with the real-life imitations of an age long gone, and the result is a wonderfully charming, yet incredibly nuanced, thriller classic.

Set in 1940s Italy, Martha is Dead throws players right into the midst of World War II. In the game, players take on the role of enthusiast photographic Giulia, who spends her days taking and developing photos of and around her family estate. Giulia’s blissful life comes to an abrupt stop when she finds her twin sister, Martha, dead in the nearby lake. Out of sheer panic brought on by her mother’s unwavering love, Giulia enacts an arguably depraved plot: she becomes Martha. This act sets the stage for the narrative to play out in many interesting ways, and is spearheaded by the uncouth opportunities presented when one has an identical twin.

The story then follows Giulia as she sets into a life of falsehood around her family. The game explores how this single act affects Giulia’s psyche, and how her wishes to keep her family emotionally sound ultimately results in a twisted trip through memories suppressed and trauma long forgotten. When indie developer LKA set out to create a horror drama, they had to reach into the depths of the horror genre and pull out what would ultimately be a no-holds-barred approach to thrillers – unlike anything seen before. Twisted nightmarish scenes set the stage for each day as Giulia starts to a wake in a panic one day, a pool of blood the next, and so on. These, coupled with slow and deliberate exploration throughout eerily quiet venues, creates an uneasiness unique this game.

Thanks to the skillfull manner in which the story is delivered, there is a trifecta of genres at play in Martha is Dead. While the horror elements are front and centre, the way they are portrayed make them unapologetically more akin to classic supernatural big-screen thrillers. The narrative is quite unique in how the bulk of the game’s story tells a nuanced drama about two sisters, a family, and the repercussions of death. In essence it is very much a drama with a horror backdrop, which has been beautifully sprinkled with thriller elements. In this sense, the game uses psychological thriller elements over ‘jump scares’; therefore affording a unique opportunity for gamers who prefer to not meddle with horror, to play Martha is Dead and still enjoy it.

A lot of the gameplay in Martha is Dead boils down to taking a stroll throughout Giulia’s family estate and the surrounding woods. In this way, it is easy to call the game a walking simulator similar to Firewatch or the equally exceptional Gone Home. Unlike either of those titles, Martha is Dead grounds itself with a lot more gameplay elements. Reading letters and newspaper articles, searching for obscurities and picking them up, and exploring hidden areas; are all integral facets of the game play. The most important, however, is finding new types of film and lenses, and using Giulia’s highly vintage camera to record photographs.

Using photography to solve puzzles and unearth the mysteries around the estate is not a new concept, but it is certainly a welcome one here. From the first time the game instructs players to photograph a bird, through to the very last photo; there are scenes that will stay with players well after the credits roll. Using the camera is not as straightforward as pressing a button and getting the subject into frame, however. Instead, players need to be aware of which lenses to use in specific scenarios; when the best type of film is best, and whether or not colour filters are required [note that all photos are recorded in black and white – colour filters in Martha is Dead are used to enhance certain attributes of these photos as opposed to their much more modern take]. Similarly, players will need to expose photos correctly (whether by using a flash, or setting the exposure and aperture correctly), and manually adjust the lens focus of the camera.

Once a photo has been taken, it needs to be developed in a dark room. Doing so involves two primary steps. The first is to take the camera film and to place it in an enlarger. This lights the photo onto the plate below where players must set the focus and size of the photo. Once the photo paper has been exposed to the image, players then need to move on to the second step, which requires placing the paper into a container. In order for the photo to develop well enough, the game gives players an indicator on the left-hand side of the screen where an arrow moves around a dial. When the arrow hits the green, players can end the development process and see their photo wonderfully developed onto paper.

Martha is Dead allows players to take and develop as many photos as they please, but important plot elements will rely on taking photos in order to proceed. When such moments come up, the game will feature helpful user interface hints pushing players in the correct direction. With that said, the feature does not hold the hands of players. After a down and dirty tutorial at the beginning of the game, everything else is left up to players for interpretation and adaptation. While this is appreciated, there are elements where it would have been better for the game to offer a little more explanation.

Throughout Martha is Dead, Giulia will come across one or two gameplay elements that simply do not get enough explanation. Sending a telegraph, for instance, is explained and can be easily done. When they are received, however, the game relies on players being knowledgeable in morse code to figure out what has been said. To help in this endeavour, the game offers a morse code chart of its own. The one on offer, however, is much more challenging to understand without proper explanation. Morse code works with dots and dashes, or short bleeps and long boops. The chart provided works as such: begin at the top and observe whether the phrase starts with a dot or a dash. If it starts with a dash, go left and down. If it starts with a dash, go right and down. Do this for every dot or dash until the end of a word/sound to move on to the next. This entire “reading of morse code” part is never explained, and as such, might hinder many players’ progress. However, thanks to Google there are much easier morse code charts, like the one sourced below.

While figuring some things out might be more of a challenge in Martha is Dead, there is one thing that truly does annoy. Sometimes the game presents players with a seemingly endless running section. In order to get to the end, players are required to “choose” the correct words by running down the right path. Get it wrong, and it all starts over. Along the way, players have to utilise quick time actions to duck under tree branches or jump over fallen logs. Eventually the correct sequence will be strung and the game will move forward. Similarly, throughout the title the narrative is spoken via monologue and presented to players through words “written” on the screen. It would be preferable to deliver the correct sentences while Giulia is dreaming, or otherwise walking down an endless hallway. Alas, it is not so. With that said, this tiny annoyance does not take away from what is otherwise an incredible video game.

There is a lot to enjoy and like about Martha is Dead. From the way LKA skilfully draws inspiration from horror classics like Fatal Frame and Silent Hill, through to how the studio delivers an exceptional thriller narrative; it makes the game a drama unlike any other. The title hooks on the pretence of being a horror, then pulls one in on the idea that it has a sea of lore and story. It is truly wonderful in this regard. While there are one or two things it can do better, its spot-on narrative delivery, and wonderful twists and turns as the end draws near; are memorable, to say the least. Mixing these story beats with an uneasiness hardly ever felt in video games, makes the game both unique and a must-play title, and raises the bar for all thrillers to come.