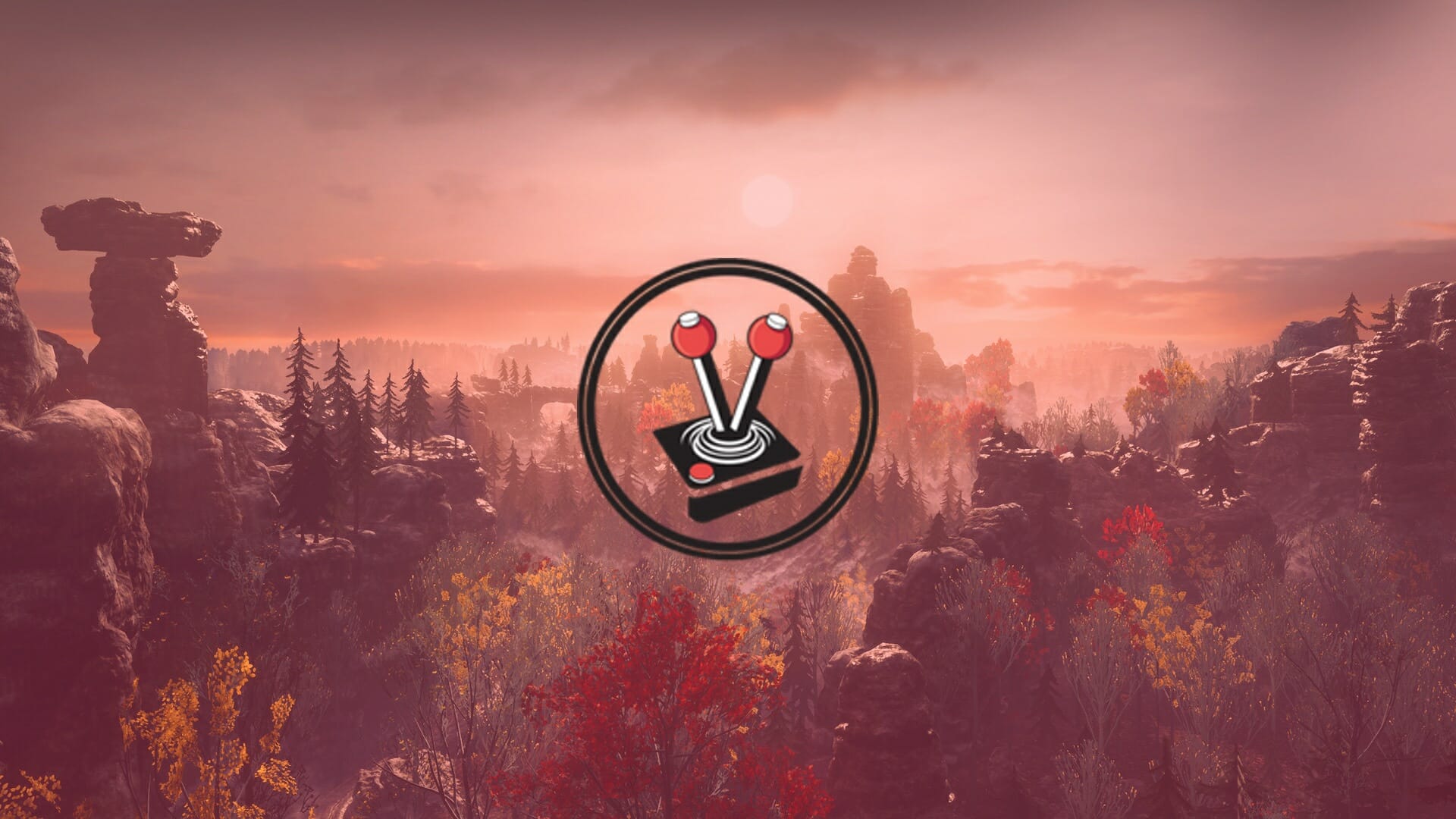 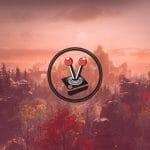 While very unique experiences can come from adventure games, the “walking simulator” sub-genre has remained fairly steadfast in the experiences it offers. Although titles like Gone Home and What Remains of Edith Finch have attempted to breathe new life into the genre, the fact is the experiences are all fairly similar. Someday You’ll Return is an adventure game in this regard where you solve puzzles by walking around and collecting key objects. However, the title does differ t similar titles by attempting to add a complex and thematic narrative balanced with decent story-telling and exploration. It is also, rather interestingly, a psychological horror game with a very angry protagonist.

If you have played Blair Witch or Outlast, you might know how horrific horror games can be. In terms of horror, I am specifically referencing the psychology of fear versus the accompanying gruesome visuals – media that ‘messes with your head’ is always far more frightening than pure gore. In Someday You’ll Return, you assume the guise of a parent who has a choice of looking for their child, or hoping they return (as the title suggests). Although it starts off strong the game eventually devolves into an average shlock through a beautiful setting, which quickly turns dark and horrific thanks to below-average voice acting and a tiresome narrative.

In Someday You’ll Return you play as Daniel who is looking for his missing daughter, Stella. Apparently the child often runs away, but this time the game insinuates there is more to her disappearance than just child’s play. After Daniel becomes aware of Stella having left school early and running off into the woods, he furiously dials everyone he knows; including Stella’s mom, Ida, which only serves to make her angry and scared. Angrily, Daniel gets out of his vehicle and starts to explore a lush and beautiful forest mountain trail. He needs to bring his daughter home, after all! Naturally, Daniel comes across a sign or two hinting toward dark and sinister happenings in the woods. From there it is not long before the game takes a creepy turn and Daniel needs to trudge through scenes straight out of a nightmare. While the atmosphere is there and the potential for greatness is one mind-blowing scene away, it sadly never comes.

I think the lacking feeling the game exudes comes largely down to the fact that Someday You’ll Return has no direction. For some reason, it excels at being a hiking simulator and not much else. It is clear the developers really tried hard to make walking and hiking just-right (they are avid hikers and wanted to be true to the source). So much so, they beautifully crafted the world around Daniel from real locations in the Czech Republic. Locations you can actually visit in the real world. The game is beautiful in this regard, and everything feels real and lived in. A great example is a hiking trail that looks extremely real, complete with hand-made traveller’s shrines dotting its various vantage points, and narrow paths split into two slight paths that come with their own challenges. Alas, the beautiful setting quickly grows old when there is not much else to do in the fifteen hour long campaign.

Beyond being pretty, gameplay largely comes down to walking to specified locations and interacting with an object or two. Sometimes you will find a key object that will come in handy later, while you will be told to turn back and find key objects at other times. The game has a pretty realistic cellphone mechanic where you can pull out your phone to read and reply to text messages or check the map and use the GPS for precision pathfinding. The game adequately manages some atmosphere building using these mechanics, with cellular reception dying off at times (just like in the real world). When this happens, you have to rely on trail markings and backtracking to ultimately reach the goal. In Someday You’ll Return, you will also have to do a bit of platforming, puzzle-solving, and crafting – normal survival game mainstays.

Where the gameplay comes into its own is how you have to manually grab things as you come across them. You do this by choosing one of Daniel’s hands to use. Climbing in this regard becomes a platforming puzzle unto its own, as you reach out and grab jutting rocks with each hand, one hand at a time. I particularly like how you have to guess which rocks will allow you to use both hands, or alternatively how you have to guess how far you can reach beforehand, or risk failing the climbing puzzle faster than Daniel can bemoan his situation.

Other puzzles, however, are quite average. Most of the time they are not too difficult and only really catch you off guard if you have not been paying attention to your surroundings. Some documents give you hints or outright solutions to some puzzles, and even obvious location markers that will lead you down the right path (most of the time). Getting lost in Someday You’ll Return is an easy thing to accomplish. The game world may not be open, but it is large compared to many other games of this type. I usually do not mind this kind of breadth at all, but in a game where you have to hide from [undesirable entities], getting lost can kind of bite you in the butt. Beyond losing your way while looking for stuff, some puzzles also require you to craft! While I cannot talk too much about this aspect of the game without spoiling it (since it ties directly to the main narrative) some puzzles require you to head out and look for certain components that you need in order to craft.

There is also a herbalism aspect to the game that is both incredibly intriguing, and very lacklustre. About halfway through the game, you come across a herbalism kit allowing you to collect herbs and store them. From there, you can craft potions from recipes you have acquired. There are choices of chopping the herbs up, tossing them in whole, or even adding the entire plant to the mix pot before you turn them into powder. Also, diverging from the recipes will result in loss of goods, so be sure to follow all recipes to the T. While incredibly detailed and vast, this aspect of the game goes largely untouched for the most part. You never really need it outside of one or two key areas in the game, and you are never reminded of the feature. A proper shame, given how detailed, interesting and great the system actually is.

Apart from engaging platforming bits and intriguing crafting, the game really falls apart whenever it is time to buckle down and get to the nitty-gritty. As alluded to, the game is somewhat linear – despite the beauty of the surroundings suggesting otherwise. When enemies make themselves known, the walking nature of the title devolves into an unforgiving linear stealth game – where you cannot make any mistakes. If you do, you will be presented with a strange perma-death scenario – forcing you to redo entire sections. For example, should you go around a brand-new corner with no means of knowing what is on the other side, and get spotted by enemies – you will perish and have to redo the last several sections of the game. In my opinion, this happened far more than it should have and resulted in frustration more so than appreciation for a unique game mechanic.

Further compounding the aforementioned frustration is just how annoying the voice acting could become. Right from the get-go, Daniel’s voice acting is somewhat… off. I have no idea whether the voice actor had any direction during his recording sessions, but I am fairly certain he thought he was recording lines for the villain of the game. Daniel sounds like a bad guy as he complains, grunts, and groans through the entire story. Similarly, Ida and all other supporting characters ,really fall short of decent performances. With many sounding like they were phoned in, and others like their mics gave in midway through recording. The lacklustre voice acting is a huge disappointment to me, especially in a game like this where immersion and slow, and steady gameplay reigns supreme. The only character that managed to sell her role was the old chanting lady. She captures the true spirit of the horror genre when you meet her at the start, and it stays with you through to the end… I just wish the end was not so cliche.

Someday You’ll Return does some things well. It is a great psychological horror game with cool new platforming gameplay and a detailed crafting system. It also looks amazing! It is just a shame, then, that the story is as uninspired as the voice acting, serving to pull you out of the immersion far more quickly than the title deserves. Someday You’ll Return is much like Stella: easy to love, but incredibly annoying whenever she runs out of view.