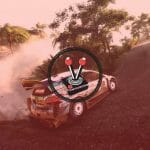 Repetitive gameplay and visuals are both a boon and a curse. Sports games, in particular, suffer from this on a fundamental level – there is only so much developers can do. Thereafter, focus moves toward fine-tuning and tweaking. Football games FIFA and PES have long been leading proponents of this strange dilemma, with certain multiplayer titles often the following suit (like Call of Duty). WRC 9, however, shifts things up a notch. It is so similar to WRC 8, that in many respects, it looks and feels like the same game! Fortunately, the game is also considerably improved below the bonnet, however, fans will be hard-pressed to notice these changes if they are not actively looking for them.

As with WRC 8, fans can expect WRC, WRC2, and World Junior teams once again. The impressive career mode from the previous game also makes a return, with the same number of details, and simulation rings true. Managing everything from the team, to the vehicle, and even the events, is yet again an integral part of the career mode; while spending time on the track matters just as much, if not more. The game features a new “club mode”, which lets players set up private or public rally championships for social engagement; a new multiplayer co-driver mode where you team up with another player to take on the roles of driver and navigator; and the returning Research and Development section which lets your team engage in all sorts of technologies and marketing. While the car roster is still limited compared to the likes of Forza or Project Cars, it falls in line with Dirt Rally 2.0 where vehicles were afforded more attention to key detail.

Developers Kylotonn Racing (KT Racing) are masters of the simulation title craft, and WRC 8 was their crowning achievement. While not perfect when standing up to the likes of Dirt Rally 2.0, at least to hardcore simulation fans, it is more than enough for anyone looking for a great rally title. WRC 9 follows suit with a bevvy of tweaks further refining what the previous game did right. The most noticeable of which comes by way of vehicle physics, which was a point of contention in WRC 8 (feeling arcadey and stiff at times and extremely floaty everywhere else). Fortunately, it seems KT Racing noticed and set out to change the physics this time around. Though the floatiness remains, KT has refined the physics in such a way that vehicles feel weighty and heavy again. Transfer weight between the front and back suspension for instance, is vastly improved, and can easily be noticed when braking. This improvement in how the vehicles behave has an immense impact on the way they feel around bends – specifically hairpin turns where it is paramount to know just how much throttle, braking, and handbrake assistance you typically need to make it around at full speed.

KT Racing have further improved the way tracks feel. Gravel and dirt are distinguishable from the one-another this time around, and snow feels as slippery as ever. While it still needs a lot of work, the improvements are tangible. In many ways the game feels the same, while in others there are improvements to fundamental systems proving how dedicated the developers are. This continual repetition extends to more than just the gameplay as well. WRC 8 was phenomenal in how it looked. WRC 9 continues to look as good in all respects. Vehicles are detailed, and tracks feel impactful and rich; making them extremely realistic, and at times scary, with weather influencing everything. From torrential rain storming down on the windshield, streaking in all sorts of directions related to how the vehicle turns and speeds down the track, down to dust sticking to vehicles and mud clinging to the bodywork; it is all immaculate in presentation. It looks especially great when the game shifts from day to night or from morning to afternoon, with the build-up of mud creating unique shadows.

Naturally, beautiful visuals must be accompanied by great sound or it all falls apart. Thankfully WRC 9 retains the same excellent sound quality featured in WRC 8. From the high-pitched roar of the engine battling against the grumbling terrain, and whining suspension of the moving tyres, down to screeching brakes and beading rain. Fierce thunderstorms and showers can be especially scary – even more so when a vehicle has lost its headlights due to a crash and the way forward is bathed in darkness. There were times where I found myself in pitch black, with nothing but the lights emanating from my vehicles’ dashboard to keep me from going crazy – as I slowly drove from flare to distant flare on the mountain trials. The distinct sound of my wiper blades moving on my windshield as my half-broken engine and bent bonnet served only as a means to block my vision and nothing more.

Like most things, the same pace note convention from WRC 8 makes a return in WRC 9. I am particularly fond of the unique way Dirt Rally 2.0 simulates pace notes, and how realistic it feels and sounds. It also makes sense, is easily understood, and actually mimics the road ahead. I had a very challenging time in WRC 8, where pace notes would not match up to what I expected. The reason for this is because the pace notes were not set up for me personally. In a rally, it is the navigator’s job to learn how their driver perceives the track. It is their job to adjust a standard list of pace notes to the driver’s understanding of the road. While this is extremely difficult for games to do, Dirt Rally 2.0 still manages to get it just right. WRC 9 has improved upon pace notes in that it feels more accurate. However, it is still very odd and slightly different from what I perceive them to be. I suppose KT Racing tried to fix this with their new co-driver multiplayer mode, which is understandable. However, multiplayer is not always feasible, especially when all players want to do is carve a golden-medal path through the career mode. To its credit, you can customise the speed and timing of pace notes, as well as choose which language you want them to be in.

Repetition can be both a crux and a boon. If done right, video games — and practically any form of media — can feel unique in their execution, regardless of how much repetition is featured. WRC 9 ticks all the correct boxes and then some. While the game largely feels exactly like WRC 8, it is clear Kylotonn Racing’s tweaks and changes were precise and immaculate. The changes may have been small, but their impact is significant in the grand scheme. Furthermore, KT Racing’s valuable additions to multiplayer serve as adequate methods to improve upon previous misgivings – particularly that of WRC 8. It is not a perfect game in any stretch and falls just short of what Dirt Rally 2.0 manages to do right. Even so, it is a part of the upper echelon of simulators and stands above many others in the rally genre. At the end of the day, WRC 9 serves as an excellent addition to any rally fan’s video game library; thanks to its attention to detail, excellent sound production and incredible new physics.