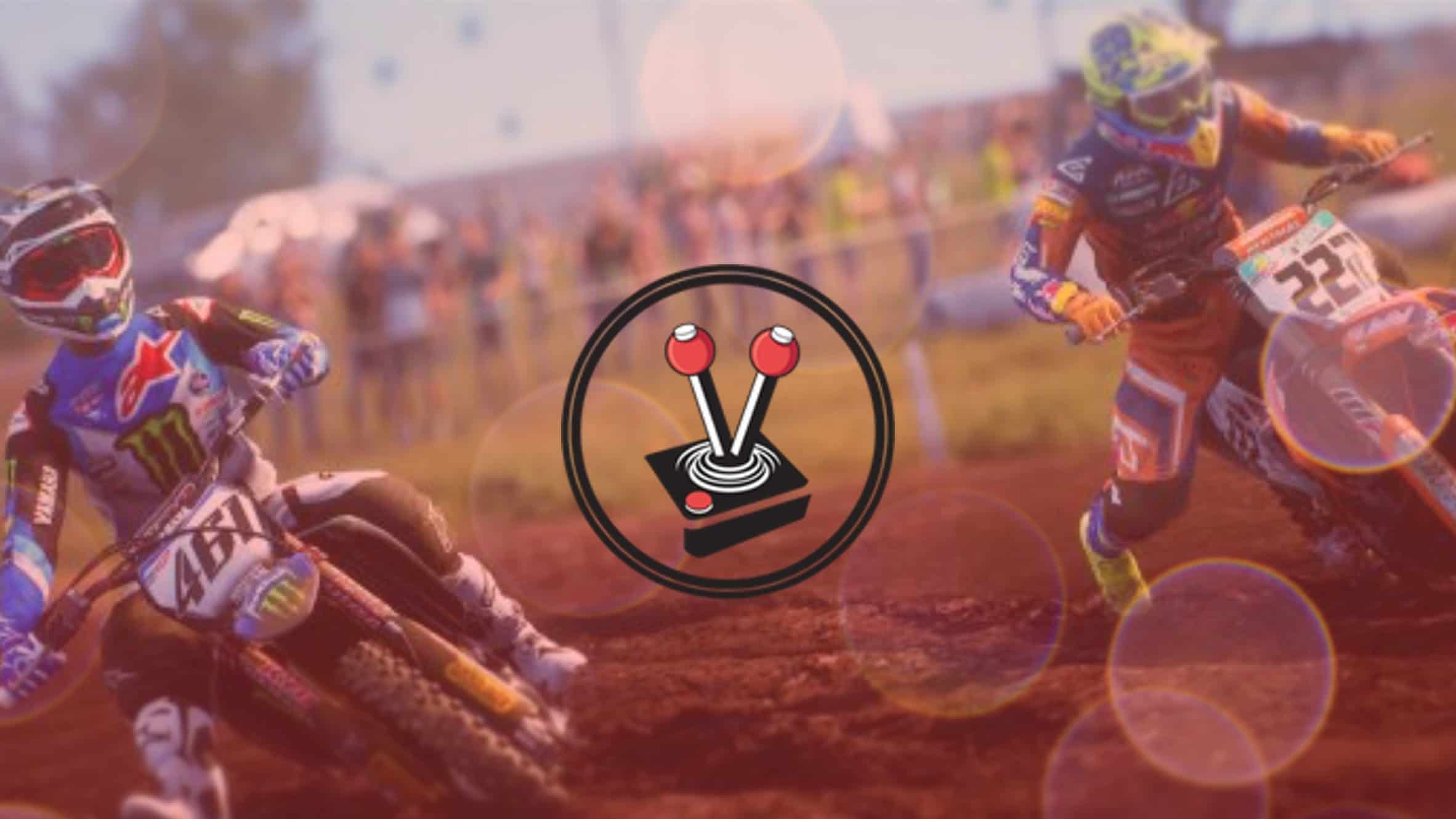 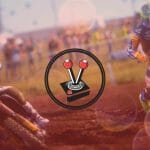 Milestone S.r.l. titles have become the go-to games for vehicle simulation fans over the last few years. They are especially prolific for releasing a variety of titles over the course of a year. Case in point, the studio released MotoGP 19 in June 2019, and now it is following that release with MXGP 2019 – its motocross variant.

In 2018, I reviewed and enjoyed MXGP Pro for its admittedly wonky physics and stellar design. On the other hand, I disliked how many of its aspects felt arbitrary and lacklustre. It seems that Milestone S.r.l. took a step back and listened to its fans for the new release. MXGP 2019 is a wonderful motocross simulation title that builds on the best of MXGP Pro.

Milestone has clearly learnt from previous titles and upped the ante this time around in terms of career mode offerings. As you boot the game up for the first time, you are met with a character customisation screen. Presets are few, but enough to feel appropriate for the kind of game this is, and varied enough for your rider to look unique. After choosing a name, number, and nickname, you have to select whether you want to ride with sponsorships, or with a team. Each of these choices has their pros and cons, which you must pay attention to as your career as a motocross champion flourishes.

Choosing to ride with sponsorships allows you to ride with your bike, along with your customisation, tweaks, and so on. This also allows you to customise your rider to your heart’s content, so long as you have your sponsor’s logo displayed on both the bike and your suit.

Choosing to ride with a team, on the other hand, will lock you into using a bike, and wearing a suit they provide. You can keep your number and nickname on the suit, and continue to customise the look of your helmet, gloves, and boots, but that is about it. The bikes provided by teams can not be tweaked either, so it is best to choose a team with a bike that you know you can handle.

Once all of these choices have been made, the game thrusts you into the first weekend of the motocross season. If this is your first time, you will be given the choices of which physics to use, how difficult your opposition will be to overtake, and what kind of braking and weight shifting you want to do, and how realistic the race lengths should be (these range from all-day race events like in real life, all the way through to quick races, where warmup and leading only last two minutes before the race leader has to complete two laps). From there on out, you are free to complete every race in the season.

Apart from career mode, the game also features Quick Play, Multiplayer, and Track Editor modes. Quick Play offers the usual game modes that you would expect: Grand Prix, Time Attack, and Championship. These game modes are pretty straightforward without any extra bells and whistles to make things overly complicated. As such, Grand Prix follows the same rules that grand Prix matches do, while championship follows the same structure as the career mode.

I appreciate that the game does not lock you into either “normal” or “extreme” modes this time around. Rather, it is up to the player and their individual settings and tweaks. Similarly, sponsorships and teams can be chosen at will after every season. This means that, when playing career or Championship mode, you are stuck on whatever you chose beforehand, at least for a few different races before you can choose once more.

I must admit that bike selection is not as robust as I thought it would be. At any given time, there are a small number of bikes that players can choose to buy, with a few others that you can find in the customisation screens. Perhaps this is for the better of the title since the number of bikes in previous titles was great, yet overwhelming.

Like in previous titles, every podium finish rewards the player with experience and credits. There are bonuses for various aspects such as staying the leader of the pack, getting a clean lap (not hitting anything or anyone), and extras for using Advanced Physics and the like. These credits are then used to buy new bikes or to customise your rider.

When you are not locked into a team, you can customise pretty much every aspect of your bike and your suit. This includes buying new helmets, neck and shoulder braces, gloves, suits, boots, and even fixing up that beautiful low-polygon face of yours. For the bike, you can get new wraps, new paint jobs, customise various parts of the bike, and even stick on more logos than is necessary for the sponsorship to work out.

Bike upgrades do not feel arbitrary this time around either. Whether you tweak the engine, brakes, suspension, or gear ratios; they all affect the player’s experience significantly. Of course, none of those things really matter if your only goal is to become one of the best track builders the franchise has ever seen – a little goal that MXGP 2019 now allows!

The Track Editor is a huge part of the game – even bigger than, I dare say, the reworked career mode. You start out by choosing what locale you want your track to be in. Whether you want to put it on a vast open plain, seemingly off the mountainous coasts of New Asgard (probably New Zealand), or the arid plains of a Mars lookalike (I guess, the Nevada desert?); the Track Editor is there to serve your command. It will then load up, and ask you to choose a starting block before it opens up with seemingly hundreds of other blocks. These curves, straights, jumps, and special blocks must all be combined together to create a working track. Once it has been built, you can test it out, have it validated by the game engine, and then proceed to upload it for everyone to enjoy.

MXGP 2019 takes no chances with weird and/or new modes. Instead, it tries to evolve the established modes by improving upon what made them great in the first place. Quick Play is especially great if you just want to jump into a season of your choice, try your skills on a specific track, or join in on some Grand Prix fun without all the career hassle.

It is no secret that I love simulation titles. The fact that more than 80% of those titles are usually developed by Milestone S.r.l. remains shocking to me every time I play a new one. The reason for this is mainly because I used to dislike how often the studio would churn out games. However, both MotoGP 19 and MXGP 2019 have proven how much the studio is willing to learn and improve on previous titles. This is especially the case when it comes to the look and feel of their games.

MXGP 2019 is a wonder to look at. All bikes look incredible, regardless of whether they are little two-strokes or expensive machines designed to propel you forward on all kinds of terrain. Bikes have been perfectly designed and modelled to capture the look and feel of their real-life counterparts. Tiny details, such as engine placement, through to front displays and even brake pedal placement; should really be appreciated. Since it is evident that the team at Milestone constantly obsess over details.

There is no denying how Unreal Engine 4 has helped the studio to improve on the look and feel of their games tenfold since they debuted the engine with Gravel (2018). Unreal Engine 4 also helps immensely with optimisations. While the game could do with a bit of speeding up when it loads, the gameplay is buttery smooth and nothing short of impressive.

It is even more grand if you take into account how beautiful tracks become when the rain starts to fall. Although the game does not appear to feature a dynamic weather system in the same way that MotoGP 19 did, races will still begin with either heavy downpour or light rain. This will affect the look and feel of the track as you progress through the race. Dirt shoots up, and parts of the track literally become softened and malleable as tyres continuously go over the same spots. There is no way that the same jump will look the same as it did when the race kicked off, come rain or shine – a fact that I loved to watch out for as I tried my darnedest to finish first. It is such a shame then, that Milestone did not do anything to improve the sound of the bikes – all of them still sound exactly the same.

From incredible aesthetics to some of the best gameplay experienced in a motocross simulation, MXGP 2019 turned out to be a lot better than expected. I liked MXGP Pro, but it left a sour taste in my mouth. The release cadence for the various Milestone properties are so close, that I wondered how they would balance making MXGP 2019 a fun game, while also focusing all their efforts on the likes of MotoGP 19? Thus it has been a pleasant surprise to discover just how good of a title MXGP 2019 can be.

All simulation titles can prove to be a challenge for players who would rather jump into a quick arcade racer. Fortunately, MXGP 2019 makes it a little easier on these kinds of players by including the option to play on standard physics, as opposed to Advanced Physics – a mode I had to play on for a good while before I got used to the game.

Furthermore, the game caters to all kinds of motocross fans, including those who want to see their own dream tracks realised in the sport. Beyond that, the other game modes are basic but built well enough to keep one from getting bored too fast. The selection of bikes does feel like it is less than in previous games, but it is enough to keep one busy enough not to realise the difference. I suppose that is what makes the game great: when you never think about how samey the gameplay really is (a sad truth about all simulation titles), I would say that whatever title you are playing is doing a good job.

In 2018, I mentioned that the sheer amount of simulation titles would make it difficult for simulation fans to learn of the game. I really do not think that is the case any longer. Motocross fans will seek out MXGP 2019, play it, and love it. It is not meant for other kinds of players, and you know what? The game is better for it.