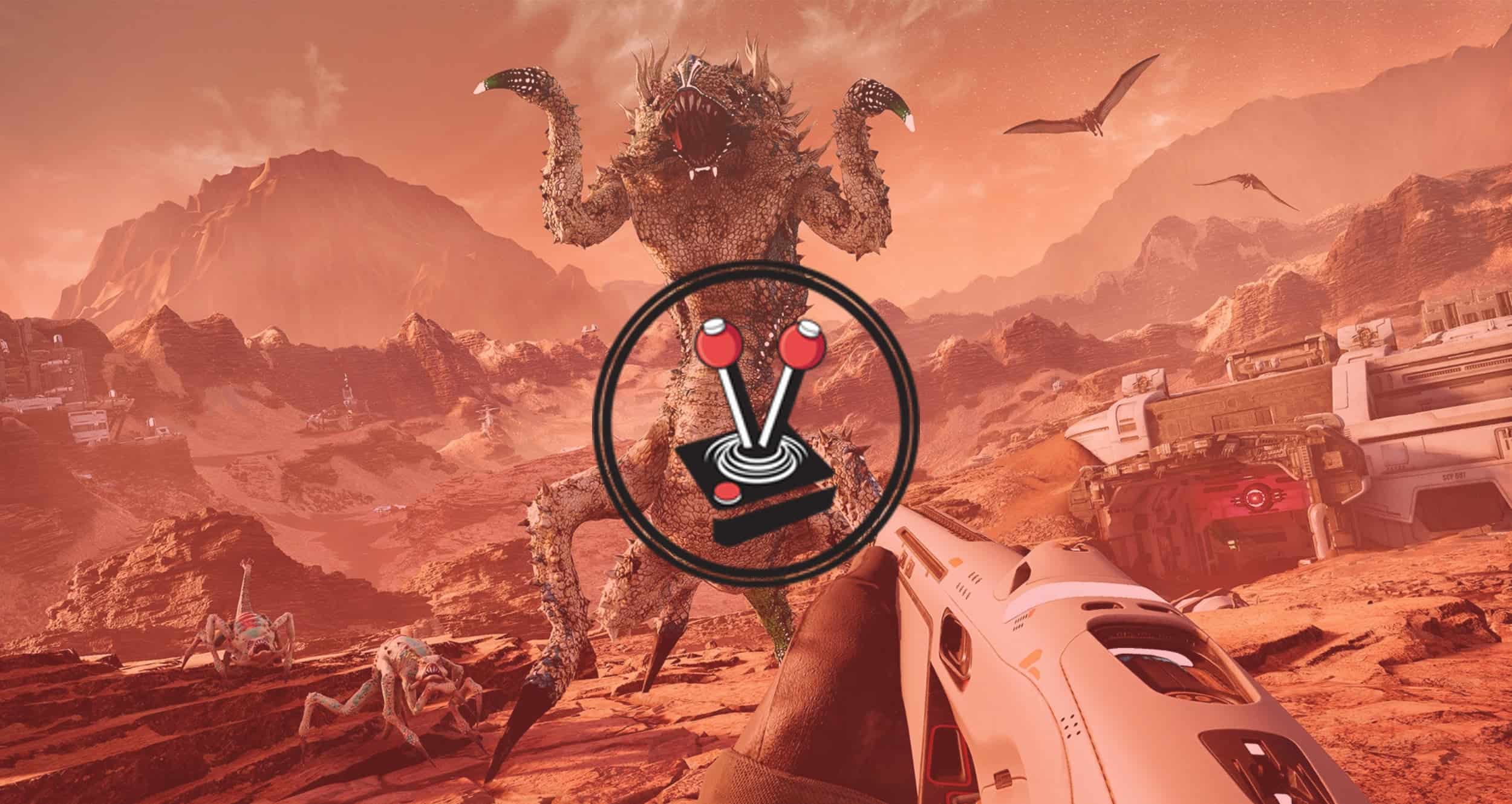 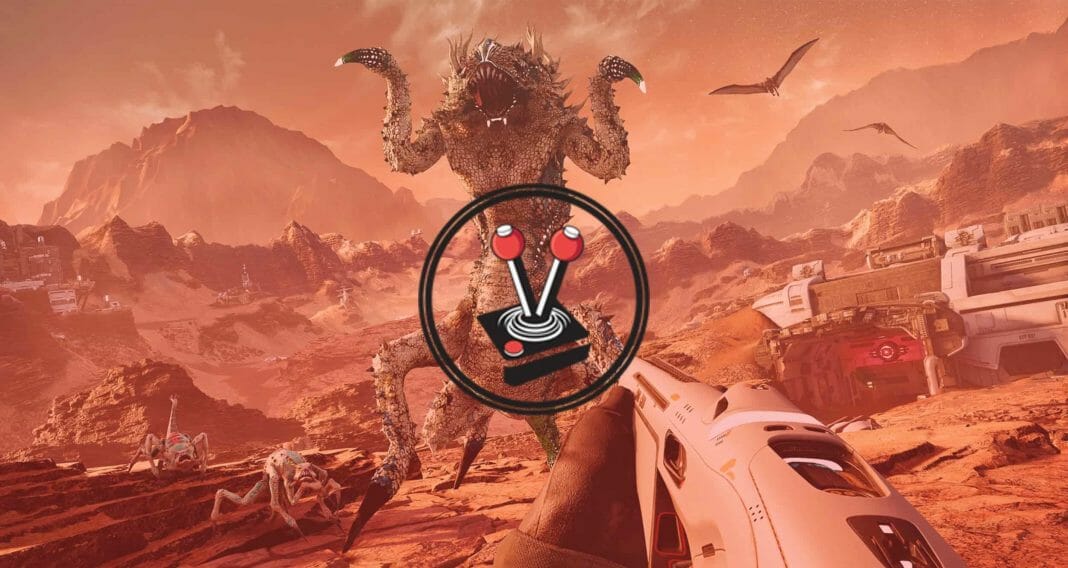 At its core, Far Cry 5 serves as a serious modern-day story where corrupt politics and psychotic mad-men can run entire regions without facing the brunt of the American authority. It is a serious story with loveable characters and fun gameplay. Lost on Mars is nothing of the sort. In this Far Cry 5: Lost on Mars DLC review, I explain how one too many dick jokes only serves to hurt the game it is tacked on to.

Since this is a review about DLC, the review will not go over the basic gameplay and performance of the base title. The DLC adds nothing to what was already said and performs about just as well. Where it does differ, however, it differs a heck of a lot.

Lost on Mars is the prime example of why dick jokes often have no real value outside of late-night bar-hopping tirades and college fraternities. The Lost on Mars DLC begins with a short cinematic short starring the now faithful companion and pilot from the base game, Nick Rye, and fellow bazooka-loving companion, Hurk Drubman Jr. The cinematic is a nicely drawn short video, where Nick is showed on his way home from collecting diapers for his newborn baby, when Hurk calls and informs him that something has gone terribly wrong, as in “Space Jizz”, “Alien Arachnid” and “Beheaded but still alive” wrong.

Just like that, Hurk is revealed to be a severed head as soon as Nick arrives on Mars. What he is doing there in the first place is mentioned as a side: to stop an alien invasion – and the game quickly resorts to throwing phallic jokes and inappropriate language in your face. See how quickly I changed the subject from Hurk’s head to something entirely else? That is pretty much how little the DLC wants you to think about much of anything beyond the dumb jokes it keeps regurgitating. 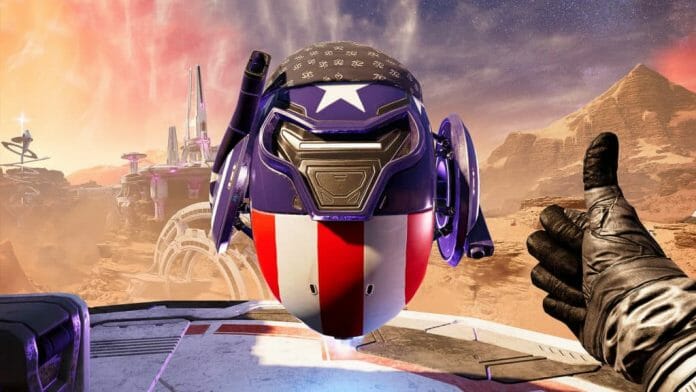 Where the base game tells a story of a struggling county oppressed by religious, drug-fueled zealots, Lost on Mars tells the tale of two bros saving the day, in the most ridiculous manner conceivable. There is something to commend about Ubisoft’s persistence to not add story DLC, and instead, give players something else entirely to chew on, but it just does not work in this case.

As I mentioned above, Hurk is quickly revealed to be a beheaded robot, with badass floating capabilities and a proper American Flag paint job; but that is also the extent of what is great about the Lost on Mars DLC.

Pew Pew, Suck my nuts and walk over my lifeless limbs…

The Lost on Mars DLC does an adequate job of making the base game feel wholly different. Weapons have all been updated to look all futuristic, with annoying visors and bad scopes on Sniper Rifles, and laser bullets and plasma projectiles coming out of shiny white firearms that look like they were ripped straight out of Destiny.

To be honest, I actually liked the new weapons introduced in this DLC. They perfectly complemented the new enemies: burrowing alien arachnids, worms, flying alien pterodactyls, and hulking beasts only DOOM would be proud of.

Unfortunately, regardless of the weapon used, all enemies served as cannon fodder only. Even the tougher enemies proved to be no more of a challenge than actually starting up the Lost on Mars DLC and having it load in before my tea got cold. 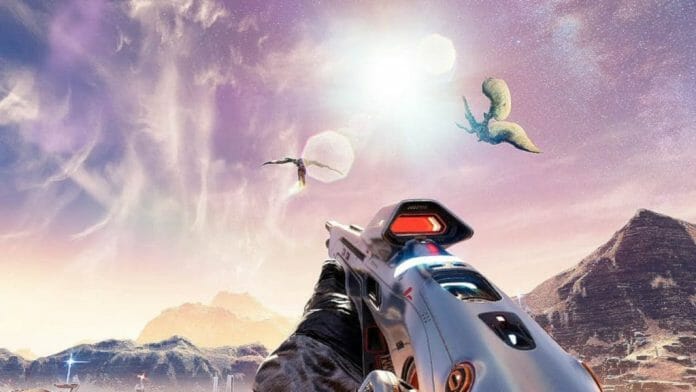 Fortunately, the game throws a neat little gadget at you: a “gravity belt”. This allows the player to jump comically high thanks to Mars’ TOTALLY real gravitational energy. It also lets you fly for a short while when you upgrade it enough times, which was, admittedly, pretty fun… for like, the first thirty minutes.

The gravity belt’s abilities allowed for fights to evolve from basic ground assaults to proper aerial combat. This is a lot of fun…when you can pull it off. As you might imagine, many of the enemies in the game have abilities that stick you to the ground either by disabling your gravity belt or by locking you into one spot. The reason for this is probably because the artificial intelligence in Far Cry 5 has never been smart, and Ubisoft could not be bothered to improve on it, which means that you need to be on the ground to be killable. I may be wrong, but that is definitely how it felt. More often than not, I would end up being grounded, and a hundred enemies would rush me in the hopes that I would not break free and jump away, leaving a grenade in their wake.

I spoke to friends about this, and even read up on the opinions of the online masses to see if I was not the only one who felt uneasy about the Lost on Mars DLC. For starters, Hurk is a lovable companion in both the base game and in this DLC. Many fans attribute their fun times playing in Far Cry 5 to Hurk and his immature banter. Alas, his puerile humour is turned up to eleven in Lost on Mars, and I can not stand it!

This is obviously a very subjective opinion, but Hurk’s constant jabbering is what ultimately killed the Lost on Mars DLC for me. One can forgive the game for its unimaginative laser weapons, its only great thing being neutered by AI trickery, and its laughable premise, but you simply cannot forgive the DLC for forcing you to listen through countless hours of dick jokes, dumb references to limbs, and constant speeches about Montana.

Fortunately, the DLC performs just as well as the base game. It also features about the same length in waiting on loading screens and is also just as pretty as the base game. While it is in no way photorealistic, it looks pretty darn good. The issue is the premise not only feels lacking but that it constantly tries to ground you, when you are clearly not meant to be grounded!