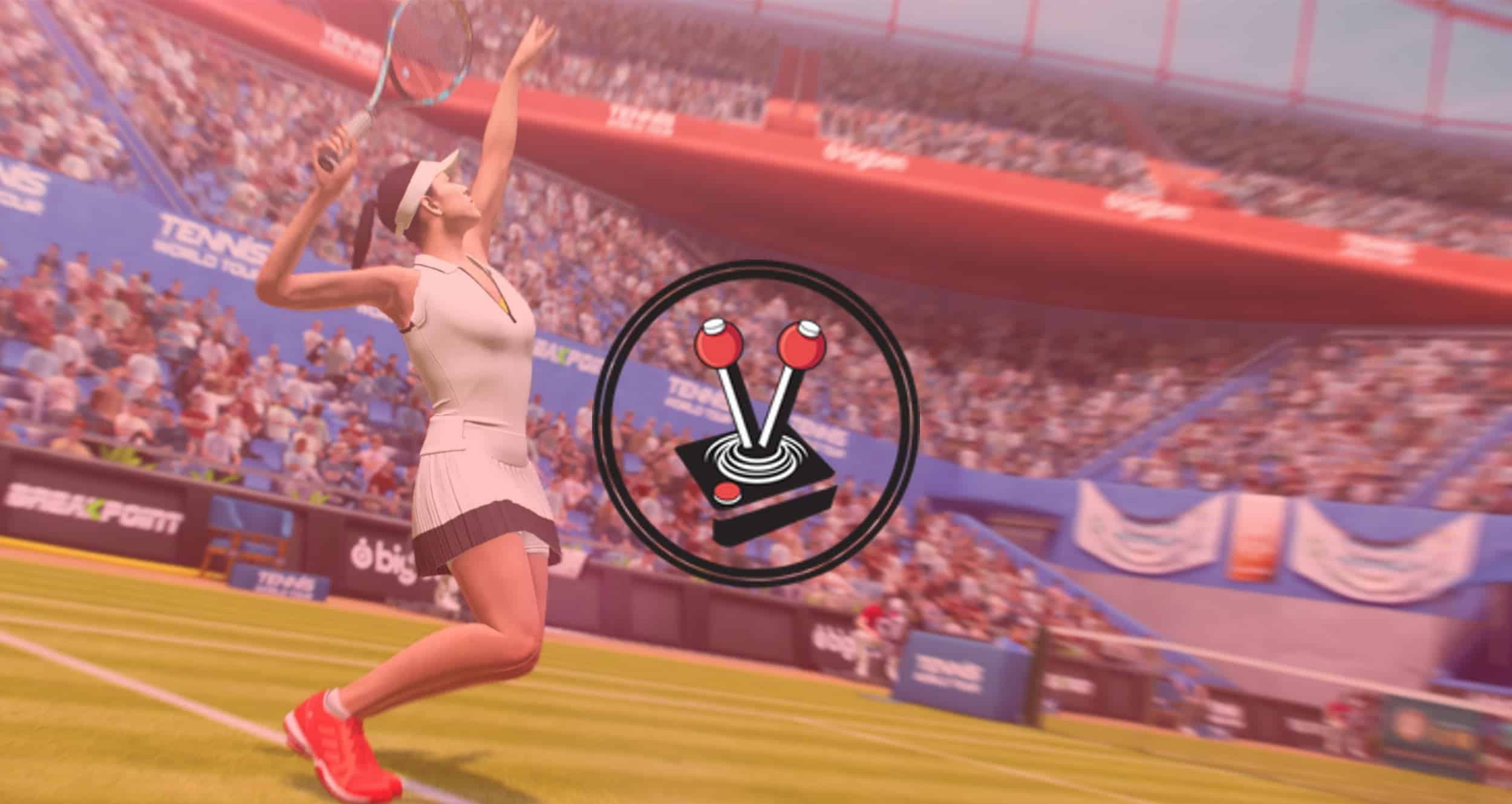 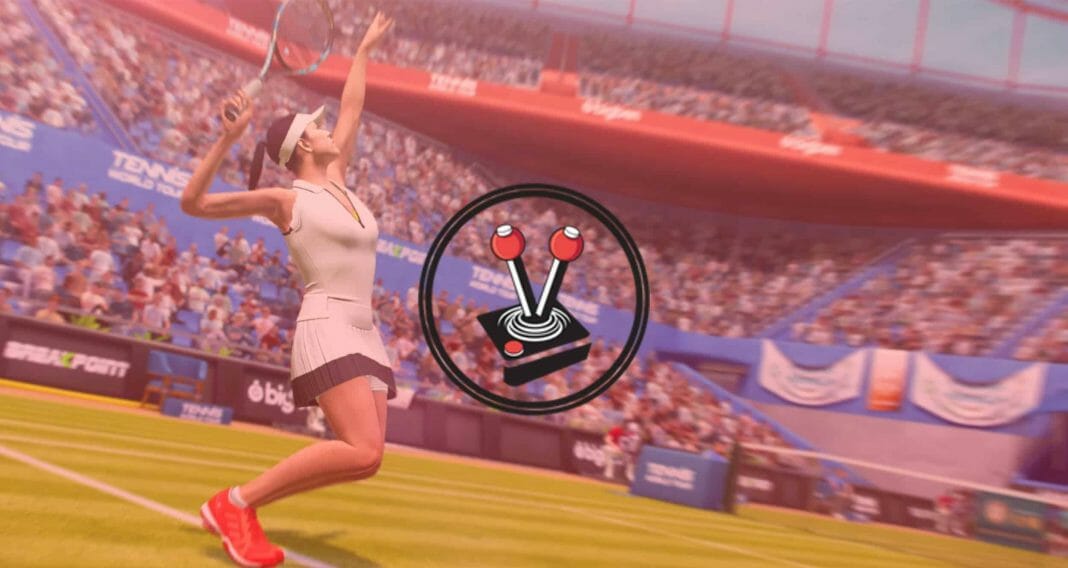 Tennis is a sport that has always perplexed me. In high school, I would support tennis players by attending matches. Every time I did, I would always struggle to grasp how the tennis balls were served the way they were, and why certain rules applied to serves and hits that did not apply to, for example, handball (a school past time sport that I thoroughly enjoyed). Despite my propensity for watching and enjoying the sport, Tennis World Tour is the first tennis video game that I have played, and I cannot say that I am better off for doing so. I am of the opinion that the game is ultimately a rush-job, one that has resulted in a hot mess of an unfinished title. In this review, I subtly go over why the game only serves to hurt the sport it attempts to emulate.

Pat-a-cake and not much else [Story]

As with all sport simulation titles, Tennis World Tour features a campaign mode. It is actually quite decent and is the highlight of the game – when compared to the rest of it. You start off career mode by creating a new player. The customisation options are pretty limited, but varied enough. There is a small number of hair options, face presets, serving styles, and even voice options. Yes, you can choose exactly how you want your character’s groans to sound.

Once done, you enter the Career Hub where you can choose to train and hone your skills, play an exhibition match, partake in a tournament or rest – resting in this game is an actual feature. By participating in any type of activity, your player will be less rested. In order to regain how “rested” you are, you have to rest in between matches and the like, or face being… tired, I guess? In truth the feature is quite pointless, because there are practically zero reasons to rest at all, beyond keeping a meter filled. Then again, I suppose that developers Breakpoint Studio did have plans to incorporate the resting mechanic into the game, instead of just leaving it as whatever it is now. However,  publisher Bigben Interactive had other plans for the title – an issue that I discuss in more detail within the Gameplay section.

Tournament matches are decent and easy to win and based on a monthly circuit. Every “month” that passes, will allow you the opportunity to choose how you would like to tackle the new month. Once you have trained once, played an exhibition match, and partaken in a tournament, and maybe rested once or twice, you have done it all. The career mode dictates you keep completing circuits until you are the best tennis player in the world, but the variation is scarce and progression is lacklustre.

More than a Foot Fault [Gameplay]

Beyond a local multiplayer mode that kept crashing Tennis World Tour every time I loaded into it, the game also features an Exhibition mode. This is pretty much exactly the same game type featured in career mode, except here you do not have to worry about fatigue.

Progressing through the career mode relies solely on winning matches. Every single match plays the same way, and every single thing you do has the same result. Play badly, and you lose. Play marginally better than the computer, and you win.

Character progression in Tennis World Tour is lacklustre. As you train and participate in matches, your player will level up and gain attribute points. You can then add those points to either defence, attack, and serve & volley – three categories that seemingly have no real impact on your character. Increasing these categories also raises your overall stats, which is probably a good thing. I say ‘probably’ because increasing the stats, at least to me, had no noticeable effects on the character.

The game also features skill cards that have their own categories: stamina, power, control, and agility. Earning these cards is as easy as levelling up and winning tournaments. These cards, in turn, are supposed to augment the way you play. Certain cards will grant you a power bonus when serving, while other cards might give you better defensive capabilities. The big problem here is that I barely ever noticed the “5% serve boost” that I was given, or the “2% defence stat increase” that I equipped shortly thereafter. I do not know what those cards really did, beyond serve as arbitrary numbers. They seem like nothing more than visual embellishments in a game that appears to have been rushed to publication. 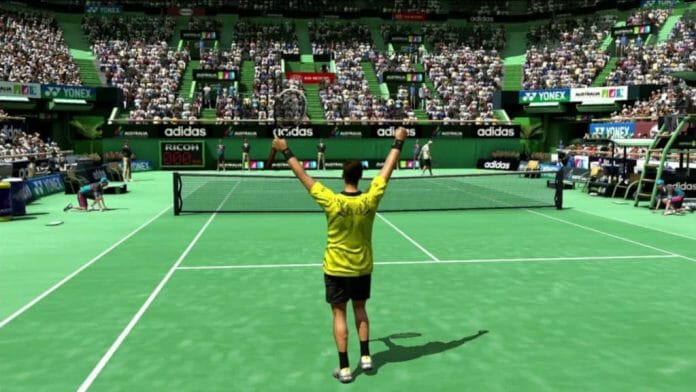 I am of the strong opinion that Tennis World Tour is unfinished – even now, months after release. When I first played the game, I noticed the Online Multiplayer game mode was greyed out. I thought nothing of it until I launched the game a week later and saw it was still greyed out. Apparently, I was not the only one who thought it strange! The fact of the matter is that the game was released in an unfinished state in order to “capitalise on the French Open”. Let me explain.

Publisher BigBen Interactive founder, Alain Falc, told French publication Le Monde (as translated by NintendoLife), that the game was “only 20% completed a few weeks before its release”, and that they wanted to get it out before the French Open. This should not be a huge issue – publishers often pressure developers for game releases. However, in this case, the fact that BigBen knew how unfinished the game was, is appalling.

In truth, I made up my mind about the game quite early on after receiving it. However, I chose to give the title some more time. I thus held off on publishing this review for several weeks longer than I would have liked. All in a bid to see if the game’s flaws would be patched and, more importantly, to see if I could finally experience Online Multiplayer.

A few weeks after the game’s 22 May 2018 release date, BreakingPoint updated their Facebook page with a note explaining that “despite [BreakingPoint’s] best efforts, the online mode is not yet ready for release”. That note was posted on 12 June 2018 – three weeks after its release date on PlayStation 4. Even now, months after release, the game still does not have a “confirmed date” for a function that should have been there from the start. I penned my first draft of this review after that date. With that said, I thought I would try and give the title a proper chance before publishing my review – after all, I did not feel it was fair for BreakingPoint to suffer the brunt of a decision made by BigBen Interactive. Alas, three months have passed since the game’s initial launch… and it is just as broken and lacklustre as when I booted it up for the first time. So although online play may eventually come at a later date, I have no intention to wait for it or any further improvements to the title; and neither should you.

An Ace, but only just [Performance & Visuals]

Judging by how unfinished Tennis World Tour is, and how poorly many of its features have been implemented, I am surprised to say that the game performs well. Load times are always on the shorter end of the spectrum, and frame rates seem to be smooth throughout all game modes and types.

I cannot find any hard evidence on this, but I believe the game runs in full high definition (1080p), with a locked 30 frames per second. This is by no means a bad thing for a sports title, considering online play against other players should be normalised – not that it matters, since the game’s online mode is still inactive. 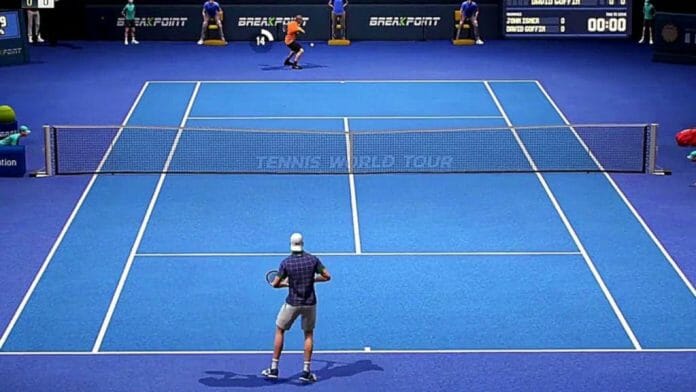 As for visuals, I must also admit that it looks good enough not be a cause for concern. While player customisation is lacking, and while it leaves the player character looking generic, no matter what you do, matches all look fairly decent.

Where tennis courts seem decent and polished, character animations are very robotic and manoeuvring across the court feels wonky. Thankfully, I quickly got used to the way the game controls and how the different serve styles feel. However, that does not mean it is done well. At no point did it feel like my player had any fluidity beyond swinging the racket and hitting the ball. Fortunately, the ball always hit the intended mark and flew in the correct direction.

Nothing but a Break [Conclusion]

I think it is safe to say that the Tennis World Tour game is a disaster and only serves to hurt the sport it emulates. I started this game up with no preconceived ideas of what a tennis game should be like, and I am no better for having played it. In fact, I am worse off for it. I personally feel cheated out of my time and effort invested into the title. As a reviewer, I am lucky that I did not have to pay for this title. If I had, I would be severely disappointed.

While it runs well and looks decent for the most part, the game’s only saving grace is its career mode, and even that is rife with elements that should either have been cut or improved upon before launch. Alas, keeping them in and not improving on them at all, even months after release, only proves that Tennis World Tour was nothing more than a cash grab for the French Open and is, at best, a well deserved double fault.