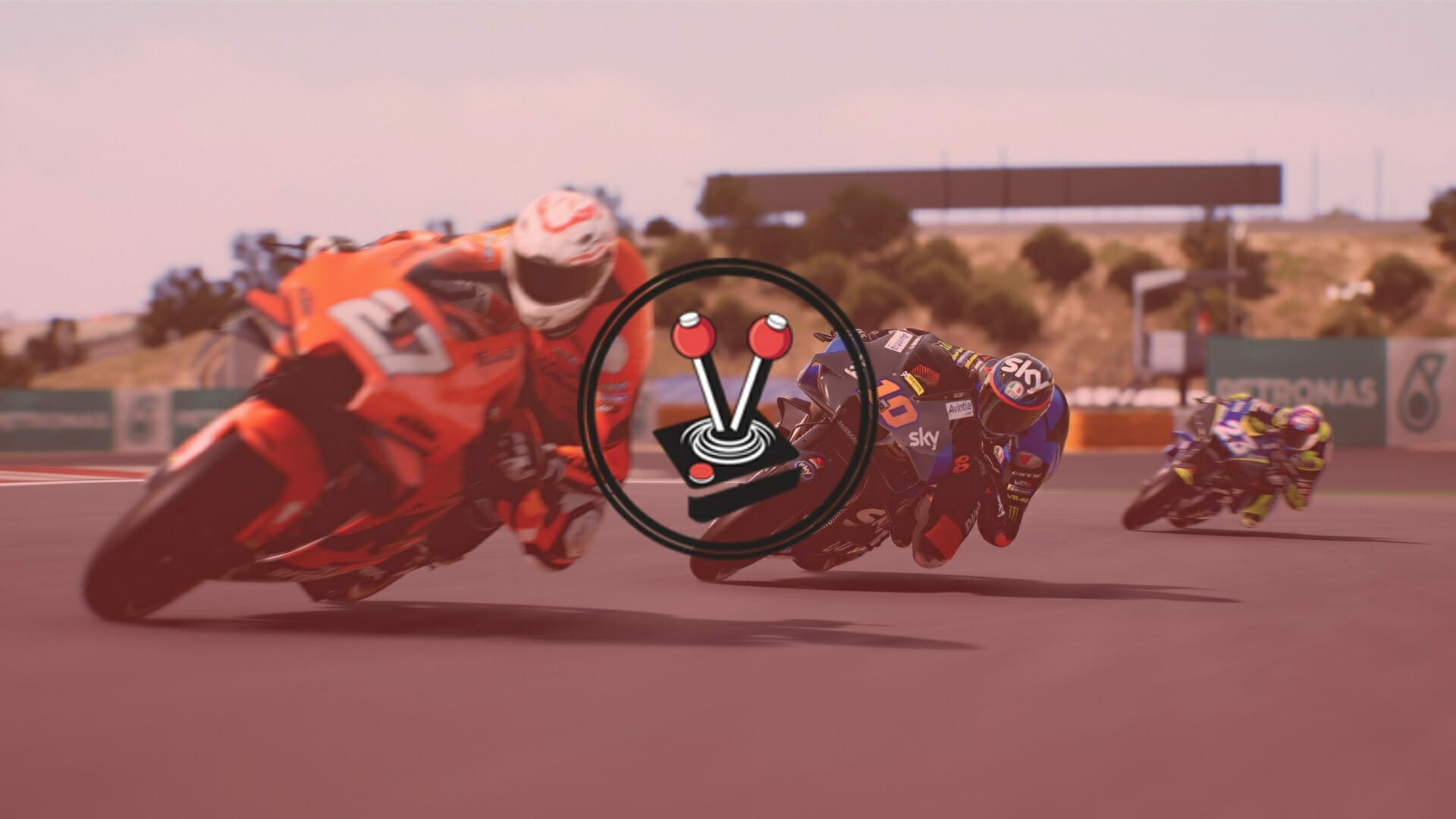 Simulator titles are a dime a dozen these days. From hardcore skiing, dirt biking, and even cross-country rallying, there is something for every sports enthusiast. Motorcycling, however, must be one of the most successful – and populated – genres. This is why standout titles like Isle of Man 2 and MotoGP 20 will be remembered as some of the best. However, even the likes of MotoGP 20 are getting a bit long in the tooth. Players want more… and better. Thankfully MotoGP 21 delivers with aplomb.

MotoGP 21 is technically two decades in the making, with countless instalments of varying quality in its rear view. This means Milestone S.r.l. has a whole lot of examples to work with to deliver one of the best titles in the series. As a result, veteran players and lovers of the franchise will be very pleased with MotoGP 21! Even newbies have been catered for, since it features a rather robust tutorial compared to previous entries.

Once the wonderfully thorough period of teaching is over and done with, players of all skill levels can once again expect to see the age-old Career Mode make its return in MotoGP 21. Like all previous years, Career lets players go through multiple seasons of MotoGP events. The very start will take players through a serviceable character creator, which ends on whether players want to race in Moto3, Moto2, or have a go at the big leagues in the MotoGP seasons. Thereafter, however, the decision making truly begins as players go directly into a Career mode, which rivals the nuanced manager mode present in WRC.

As expected, every choice matters. The hiring of a personal manager, for instance, has a far reaching impact: they are the ones who find good sponsorships, marketing deals, and score good bonuses for the entire team. Different managers come with their positives and negatives, and each caters toward different goals as well. This means players need to find like-minded managers for the best and easiest playing experience. Moreover, managers also aid in salary negotiations for extra team members and drop the pricing of parts for when the going gets tough and motorbikes need to be built.

Players will also need to keep an eye on other facets of the crew as well. Occasionally, new research options will open up and players will have to choose how to expand and improve upon their bikes. Likewise, players will also need to make sure their bikes are perfectly tuned and tweaked for whatever race they have coming up. After all, little is worse than forgetting to modify the suspension of a bike for a certain weather condition, then finding out later it will be raining throughout the entire event! Furthermore, as the seasons progress, players will have more choices open. From entirely new research branches, through to how certain pre-race campaigns will perform, and which contracts to sign; there is most certainly something for everyone.

MotoGP 21 also seems to follow the real-life MotoGP 21 calendar, with options present before races begin to determine how realistic race and event lengths must be. Every location closely resembles the locations on the actual MotoGP 21 tours, and all events start with test laps; followed by qualifiers, warm-up laps, and then the actual races. Motorbike integrity degrades as each event progresses, making a good technical team very handy to have. With that said, technical teams can only give players a general overview of what the best course of action might be. It is up to players to look at all the options at hand and to decide on which path to follow. Spend too much time fixing a bike, and a time penalty will apply. Doing so, however, might result in the bike handling much better, and earn players a podium position. Similarly, burn all the softer wheels during the test and qualifying laps, and the bike may have poor grip during the main race. Similarly, using too much fuel, or wasting too much team money on unnecessary modifications, might go both ways once the races start. There is a heck of a lot to consider before players even get to their first main event race, and it is glorious.

Beyond the robust career, MotoGP 21 also offers a variety of tried and tested game modes. Veteran players can expect to see time trials and quick races to return, as well as the ability to jump straight into weekend events. Multiplayer also makes a return, with the same game modes listed above, allowing anyone to jump straight into the action if they wish.

While most of what is offered remains the same from last year’s iteration, MotoGP 21 does come with a few new additions and improvements. First and foremost is the new artificial intelligence the game employs for its single-player facet; called ANNA (Artificial Neural Network Agent). Milestone claims ANNA adapts to the way the game is played at any given moment. It then changes up the opponent AI in ways ensuring smoother experiences against more natural-feeling and challenging opponents. Another new addition is a feature called Long Lap Penalty, which flags laps the same way they are flagged in real life whenever players cut corners. The subsequent penalty requires players to do the same lap again, with an additional turn or two adding to the distance of travel. Another addition is called Bike Retrieval, which lets players run back to their bike when they crash instead of just resetting in the middle of the track. These are incredible additions that add to the realism of this already robust simulator, and places MotoGP 21 ahead of the competition.

Handling and physics also received great upgrades from previous instalments. Bikes handle exceptionally well and opponents are much smarter than they were even just a year prior. Bikes feel and react realistically; the smallest of tweaks feel impactful on the track, and research upgrades – as trivial as they may seem – actually make huge differences in how well bikes handle and teams perform. Many of these upgrades are thanks in large part to the studio’s better understanding of Unreal Engine 4, and how the engine has evolved in the last couple of years.

The MotoGP franchise has always been visually appealing, with the last few titles being particularly pretty in design thanks to the move over to the new graphics engine. MotoGP 21, however, takes it one step further. Where previous instalments were developed as cross-generational titles, MotoGP 21 looks like it was developed with the current generation in mind – everything from bike textures and models, through to shadows, track details, and even the skyboxes, are truly well realised. Unfortunately, newer technologies (Nvidia DLSS and Raytracing) are still a little ways off in terms of support, but Milestone has told their fans to stay tuned, hinting toward possible future support. With that said, however, the game already looks superb.

All of the improvements to the franchise in MotoGP 21, make the title one of the best motorsport simulation games currently available. While not perfect, the enhancements Milestone have added to the title help elevate it above the competition, making the game an easy choice when offering recommendations to simulation enthusiasts. The new additions together with the sublime visuals, work together to offer gamers a package that truly brings the franchise into the next generation.