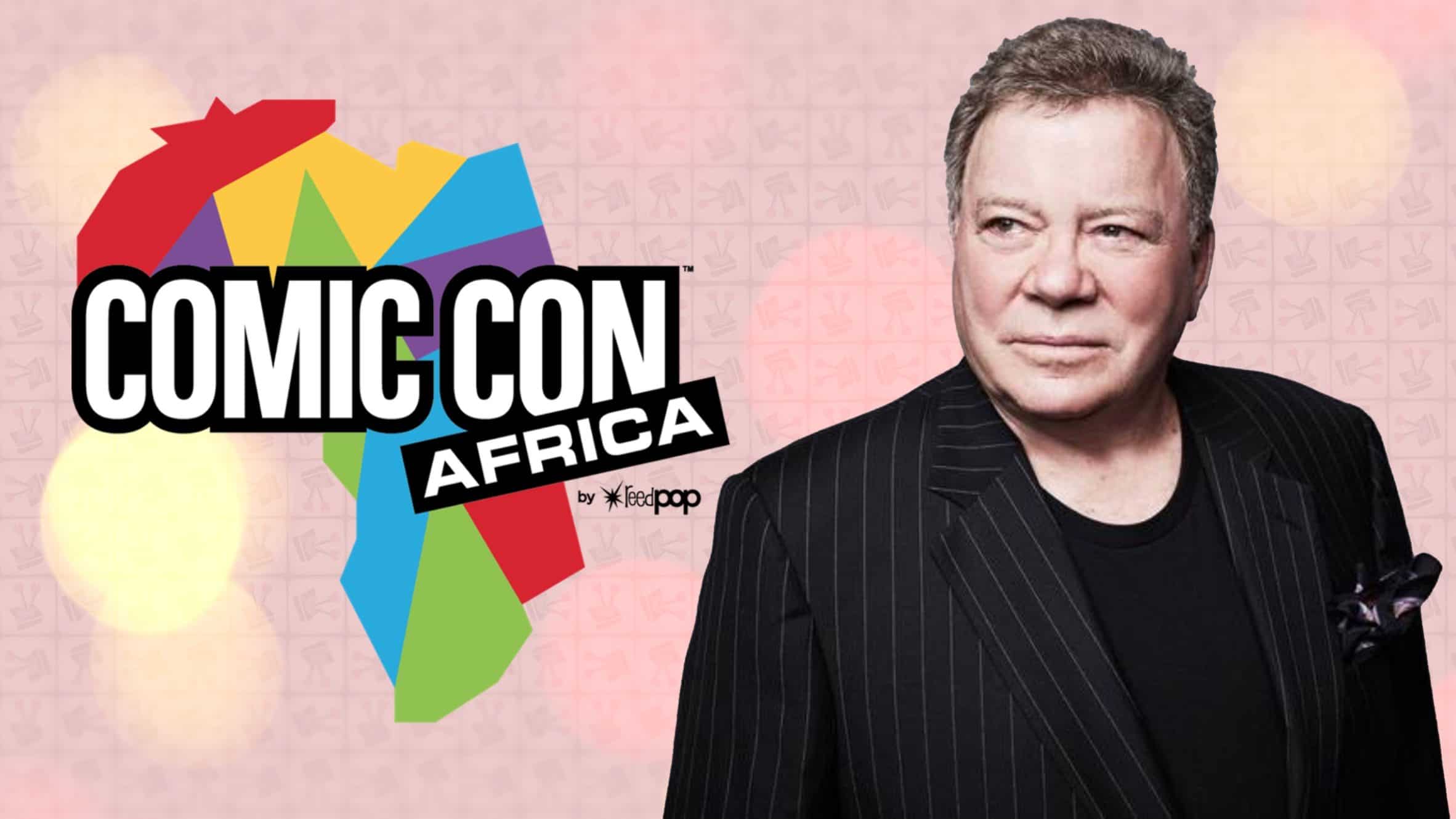 Comic Con Africa is coming into its second year, and it is shaping up to be quite an extraordinary event. Reed Exhibitions have announced that William Shatner will be making the rounds! You read that correctly, folks. William Shatner, one of the godfathers of silver screen science-fiction, will be at Comic Con Africa 2019.

To many geeks, Shatner will forever be known as the charismatic, enigmatic, unfalteringly patriotic and moral Starfleet hero and USS Enterprise captain, Captain James T. Kirk. Captain Kirk is described as a stubborn man who took matters into his own hands, often disobeying orders in the name of justice and good morals. He was a fearless leader who “pushed his crew, his ship, and most of all, himself, to the limits”.

While Captain James T. Kirk might be Shatner’s most iconic role among geeks, he is also an accomplished actor, producer, director and author. He joined the cast of DodgeBall: A True Underdog Story (2004), T.J. Hooker (1982-86), Rescue 911 (1989-96), and even acted as writer for Chaos on the Bridge (2014). Besides his starring roles, Shatner also lent his voice to prominent animations and video games. These include Batman vs. Two-Face (2017), Clangers (2015-), and Escape from Planet Earth (2013) – not to mention pretty much every Star Trek video game that has ever existed.

There is no denying that William Shatner is a celebrity of note. He also has a prolific musical career where is he known to speak his lyrics more so than actually sing or act them out. His more well-known musical works are The Transformed Man (1968), Has Been (2004), and Seeking Major Tom (2011).

Tickets for Comic Con Africa 2019 are still in “good availability” at Computicket. Tickets start out at R160, and include full day access to the entire convention. A four-day “weekend pass” is also available, and will set you back just R500 for the entire event.

This year’s Comic Con Africa will take place from 21 to 24 September 2019 at the Gallagher Convention Centre in Johannesburg. Reed Exhibitions states that it focuses on all things pop culture, including comic books, cosplay, and “everything in between”.