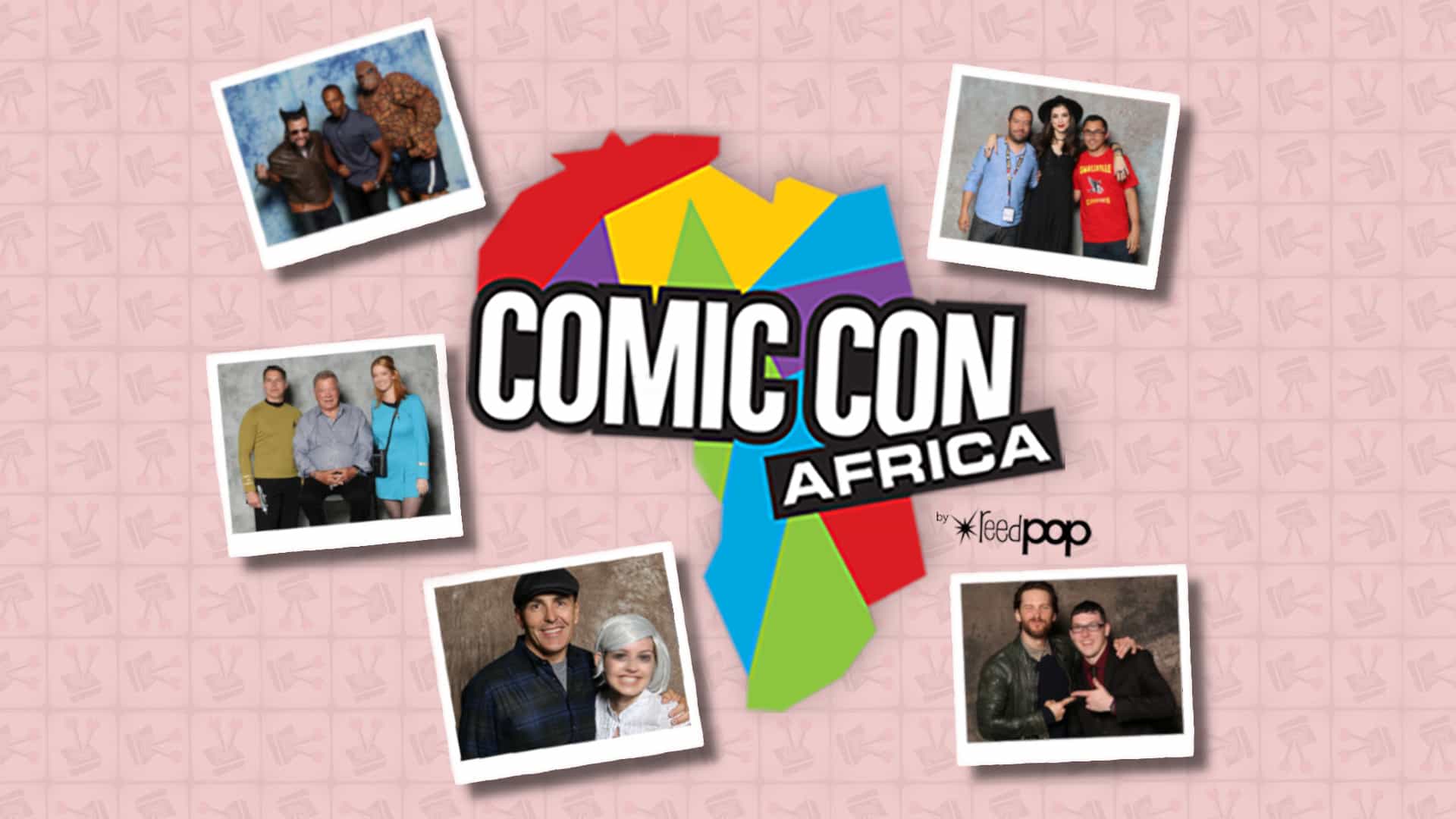 It is time to shine those pearly whites and practice the perfect pose! ReedPOP in association with Reed Exhibitions Africa has announced that Comic-Con Africa 2019 Photo Ops have finally gone live. Whether you are still on the fence about getting those highly sought-after Comic-Con tickets or already own a single or multi day pass, now is the time to prioritise and plan your Comic-Con Africa 2019 experience.

ReedPop and Reed Exhibitions Africa have announced that they will be working with Epic Photo Ops in order to ensure that all willing fans will be able to get awesome souvenirs of their time meeting heroes and celebrities during the event. Fans can now stand side-by-side with their favourite pop culture heroes and get photo evidence of the experience.

Anyone who opts in for Comic-Con Africa 2019 Photo Ops, will have the opportunity to walk away with an 8×10 dye-sublimation photo print, taken by professional photographers; with the optional choice of digital copy downloads.

While celebrities and influencer schedules are not set in stone just yet (since more celebrities and influencers still need to be announced), fans can already expect to get photo ops of Avengers and Captain America star, Anthony Mackie, Game of Thrones alumni, Isaac Hempstead Wright, Star Trek and science fiction godfather, William Shatner, as well as voice actor extraordinaire, Nolan North and Troy Baker – either individually or together in a special TeamUp PhotoOp for their joint venture, Retro Replay.

Prices for the Comic-Con Africa 2019 Photo Ops are listed per photo op, and currently range between R300 – R500 for a single photo opportunity. For a digital copy of the experience, willing fans should get ready to shell out an extra R95 per op, while extra physical prints cost an additional R150 per op. These photo op prices are over and above the ticket costs and inevitable food and drinks that you will buy during the event. Pricy, but possibly worth it? If you are willing, it is encouraged to pre-book via the Epic Photo Ops website before the event goes live.

Comic-Con Africa 2019 is taking place from 21 – 24 September 2019 at the Gallagher Convention Centre in Midrand, Johannesburg. It is the second-ever official Comic-Con on African soil and will be incorporating Kids Con as well.