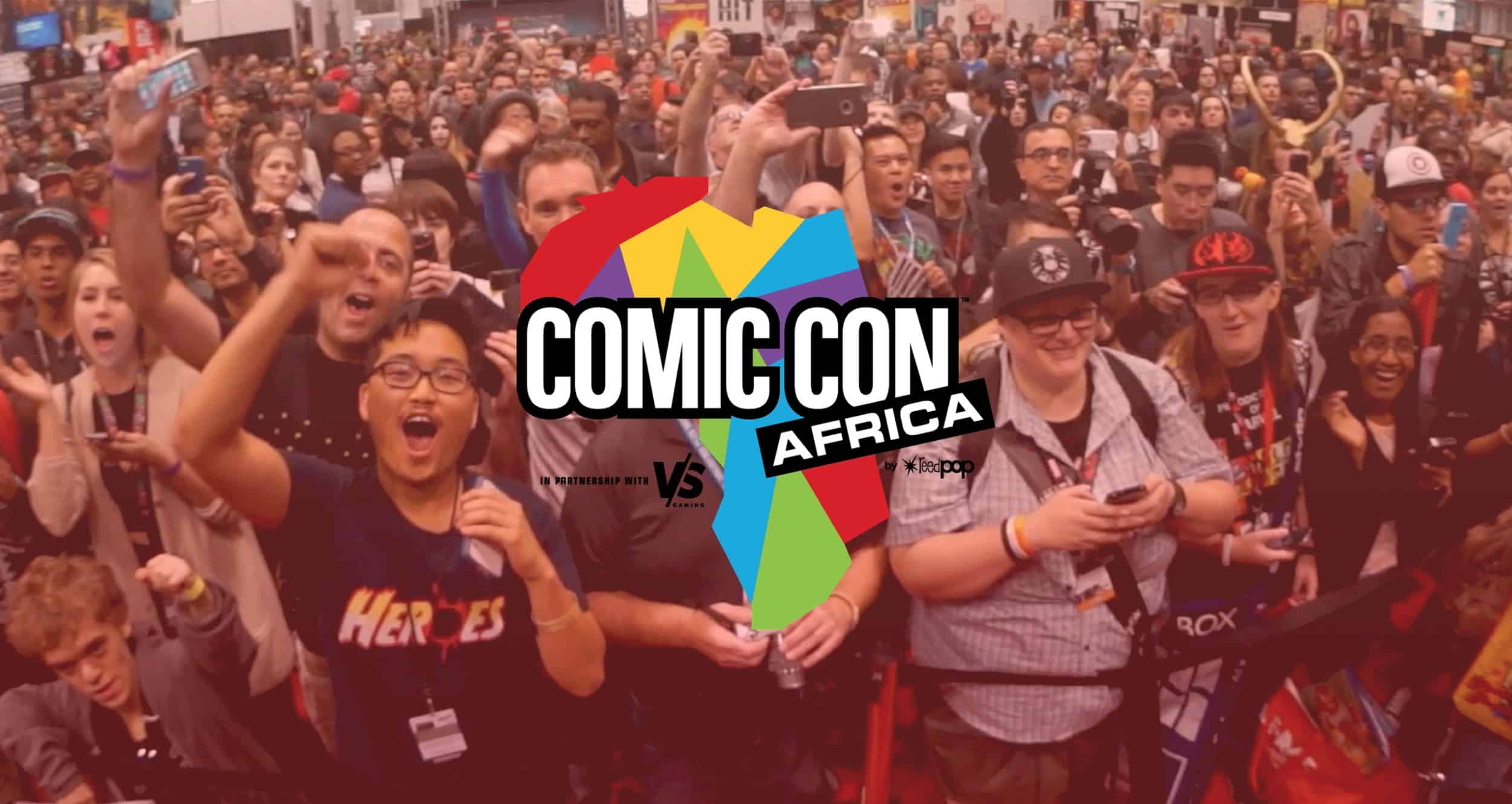 Two weeks ago, I received a strange email in my inbox. It offered an invitation to a secret event with a video that featured only one line of text: “your favourite superheroes are coming”. A week later, the invitation was followed by a press release that mentioned Vibranium and “unidentifiable objects”. All of which were set to be a part of a “groundbreaking event” at the Kyalami Grand Prix Circuit and International Convention Centre. With our interest piqued, Edward and I made our way to the venue, where our minds were suitably blown. In short: Comic Con Africa is real, and it is being hosted in South Africa this September.

Any self professed geek will tell you about Comic Con. An annual four day affair that takes place in San Diego, California. It is an event that people from all around the world clamour to attend. One that is filled with prolific comic book authors and artists, celebrities from games, movies and television series, out of this world cosplay, and so much more. For years, South Africans have long wished for this famous international event to reach our shores. Thankfully, that wait is coming to an end.

Unlike that unauthorised and unsanctioned “Comic Con” from 2013, Comic Con Africa is a legitimate and fully supported addition to the beloved and world renowned Comic Con family. In fact, it is being brought to South Africa on behalf of ReedPOP, a subsidiary of Reed Exhibitions and the world’s largest producer of pop culture events like TwitchCon, PAX, Star Wars Celebration and more. They have partnered with VS Gaming, South Africa’s largest independent gaming brand (a Telkom owned company), in order to make this long sought after event a reality.

The first Comic Con Africa will take place from 14 – 16 September 2018 at the Kyalami Grand Prix Circuit and International Convention Centre in Midrand, Johannesburg. It will showcase all aspects of the geekosphere including, but not limited to: comic books, science fiction and fantasy related films, television series, a large range of pop culture and entertainment elements in animation, toys, gadgets, clothing, anime, manga, collectible card games, video games, webcomics, fantasy novels and so much more. It will even have an ‘Artists’ Alley’ where “comic artists can sign autographs and sell or do free sketches”. Basically, it will have everything that makes the international versions of this exposition so popular.

“ReedPOP has always stayed true to its core beliefs of always putting the fans first, creating killer events and being as transparent and authentic as possible. We try our hardest to bring massive amounts of fun and excitement to the lives of our audience by creating content and experiences that are original, exciting, memorable and exceptionally awesome. So, we are very excited for this new launch into Africa”

ReedPOP has also indicated that a variety of activations will be present during the event. These will include professional gaming tournaments, cosplay competitions, new movie and series promotions and, one of the most exciting elements, international and local celebrity panel discussions, seminars, workshops and autograph sessions. In fact, Carol Weaving, the managing director of Reed Exhibitions, confirmed that voice over artists Nolan North and Troy Baker, as well as certain celebrities from The Big Bang Theory and Game of Thrones, will be in attendance at the first Comic Con Africa. I cannot wait to tell Sheldon (Jim Parsons) that he “knows nothing” in a feigned ‘bazinga’ moment with John Snow (Kit Harrington).

Although ticket pricing is still to be formally confirmed, My Broadband has received word from Weaving that tickets will be priced at R120 for a day ticket, with weekend tickets receiving an as yet unannounced discount.

Although the news of Comic Con Africa does have a lot of people worried about local events such a rAge, ICON, and FanCon; I would like to believe that the international recognition brought by this massive event will actually enhance these smaller expositions, rather than replace them. After all, the more the merrier, right?

I, for one, am extremely excited for Comic Con Africa, and I look forward to seeing many of you there.