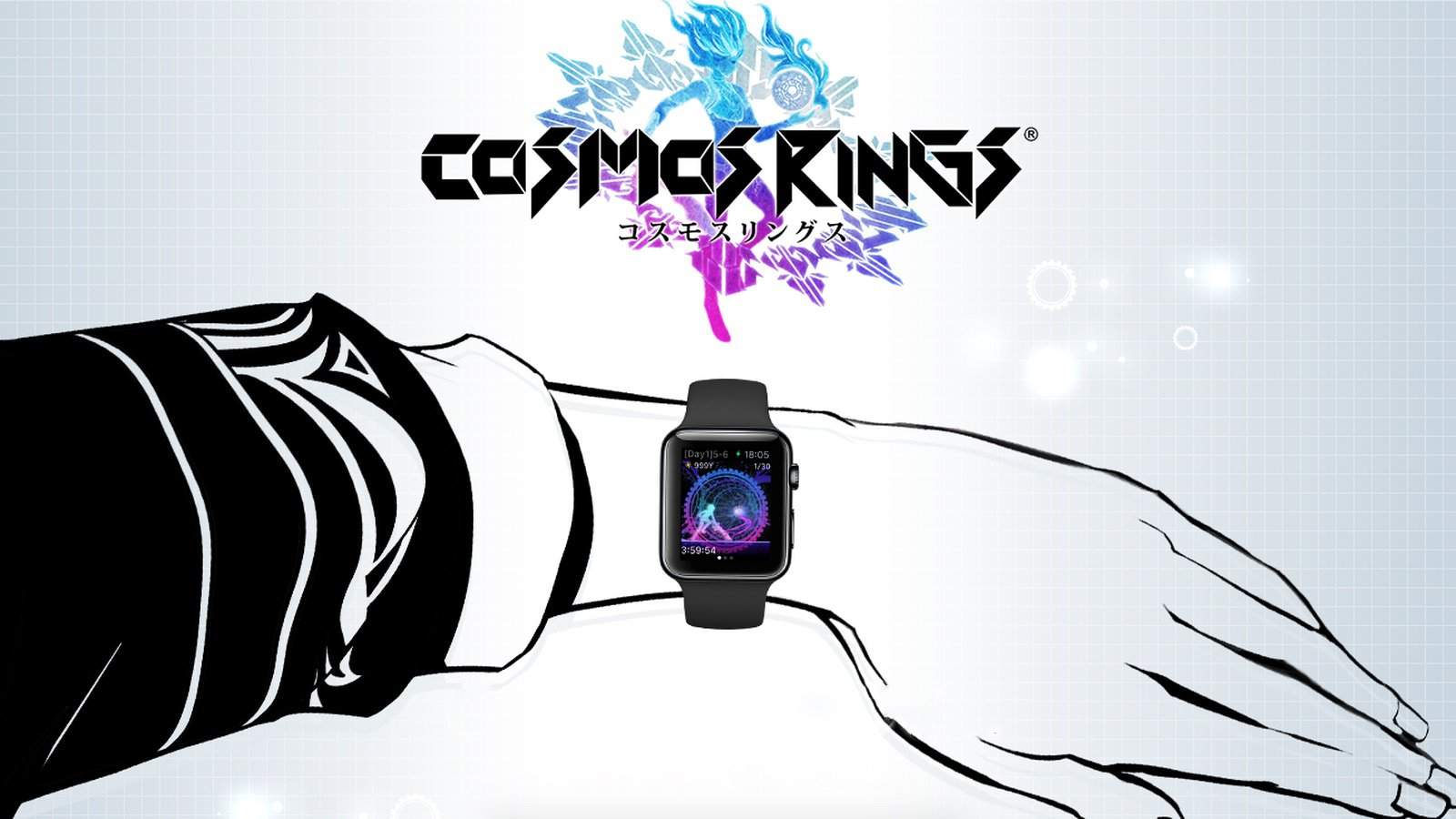 Information is still scarce on the game, but it has been revealed that the game will make extensive use of the Apple Watch’s pedometer and digital crown. According to Silicon Era, the digital crown will allow gamers to activate the game’s “Time Upstream System” feature. Moreover, the game will use pedometer data to interact with players via messages that correlate with their daily step counts.

The story of Cosmos Rings takes place inside the world of the “Interval of Time”. In this world, time was stopped but has suddenly started to move again, causing great chaos. Players will have to go on a journey to bring back the ‘Goddess of Time’ and face their emotions in the process. According to Square Enix, more information will be revealed closer to the game’s release.

Takehiro Ando, the seasoned Square Enix veteran who worked on Chaos Rings, will act as Producer. He joins Yusuke Naora (FFVII, VIII, and X) who will be working on the game’s artwork. It will, no doubt, be one of the flashier games on the Apple Watch.

Cosmos Rings will reportedly come out soon, as it is slated for a ‘summer’ 2016 release in the Northern Hemisphere.