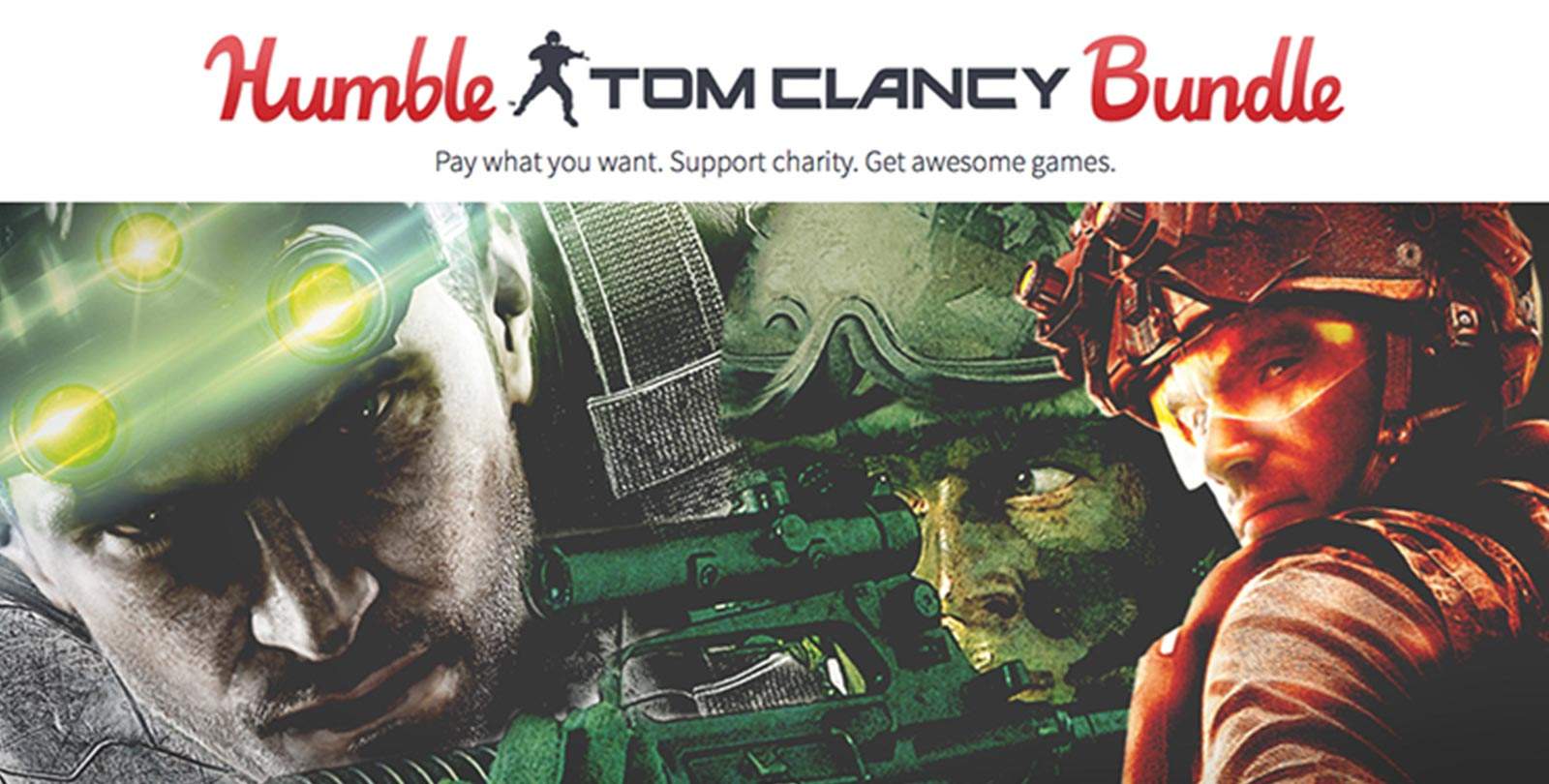 Ubisoft have something special in store for fans of Tom Clancy’s games. In partnership with Humble Bundle, the Montreal based company has revealed that at least 14 of their Tom Clancy titles will be available in the featured ‘Humble Tom Clancy Bundle‘.

Gamers who choose to partake in this sale, and for those of you who are interested, the following tiers apply:

If you prefer espionage and are willing to pay more than the average, you will get additional Uplay keys to Rainbow Six: Vegas 2, Splinter Cell 1, Splinter Cell: Conviction Deluxe Edition, and even more unannounced titles (which I hazard a guess towards being Splinter Cell: Double Agent).

If you who are willing to pay $10 USD (~R130 ZAR) or more, you will receive an additional two games,: Splinter Cell: Blacklist and Ghost Recon: Future Soldier.

But that is not all. For gamers and good samaritans alike, and for those who are as much into counter-terrorism as much as they are into giving to charity, anyone who spends $75 USD (~R1000 ZAR) or more will get Uplay keys for every game listed above, as well as Rainbow Six: Siege when it releases, a Rainbow Six: Siege t-shirt, as well as a Humble Coupon for 66% off any existing Ubisoft title on the Humble Bundle store (excluding pre-orders).

The Humble Tom Clancy Bundle will be available through to the 14th of September 2015. At the time of publication, the average amount paid was around $7.68 USD (~R95 ZAR). 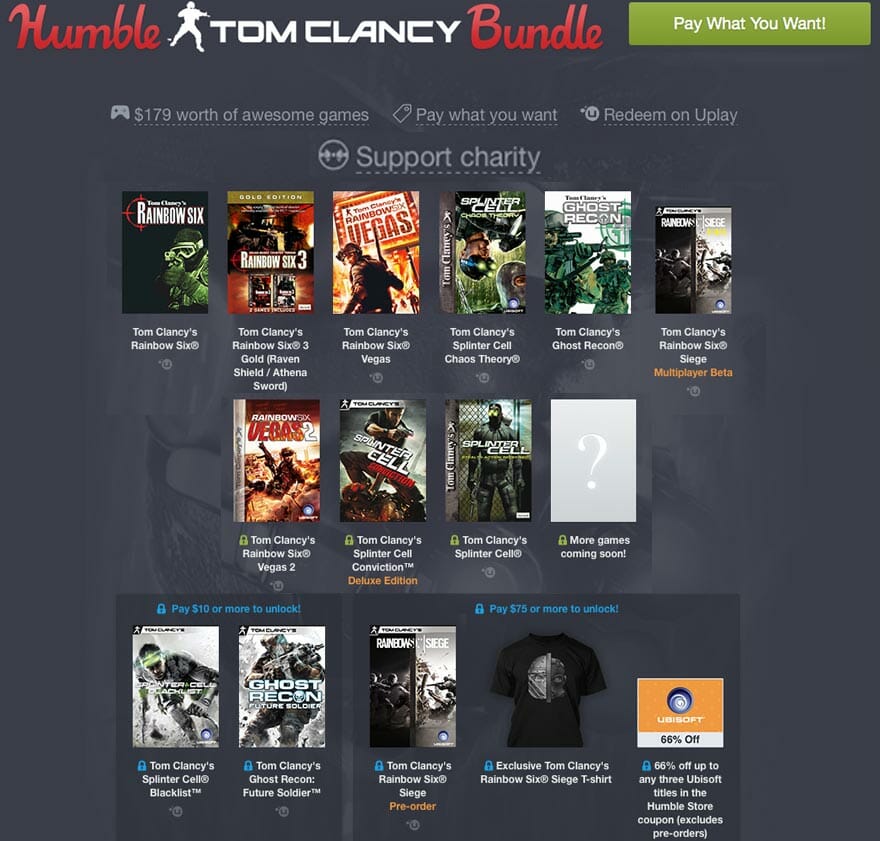