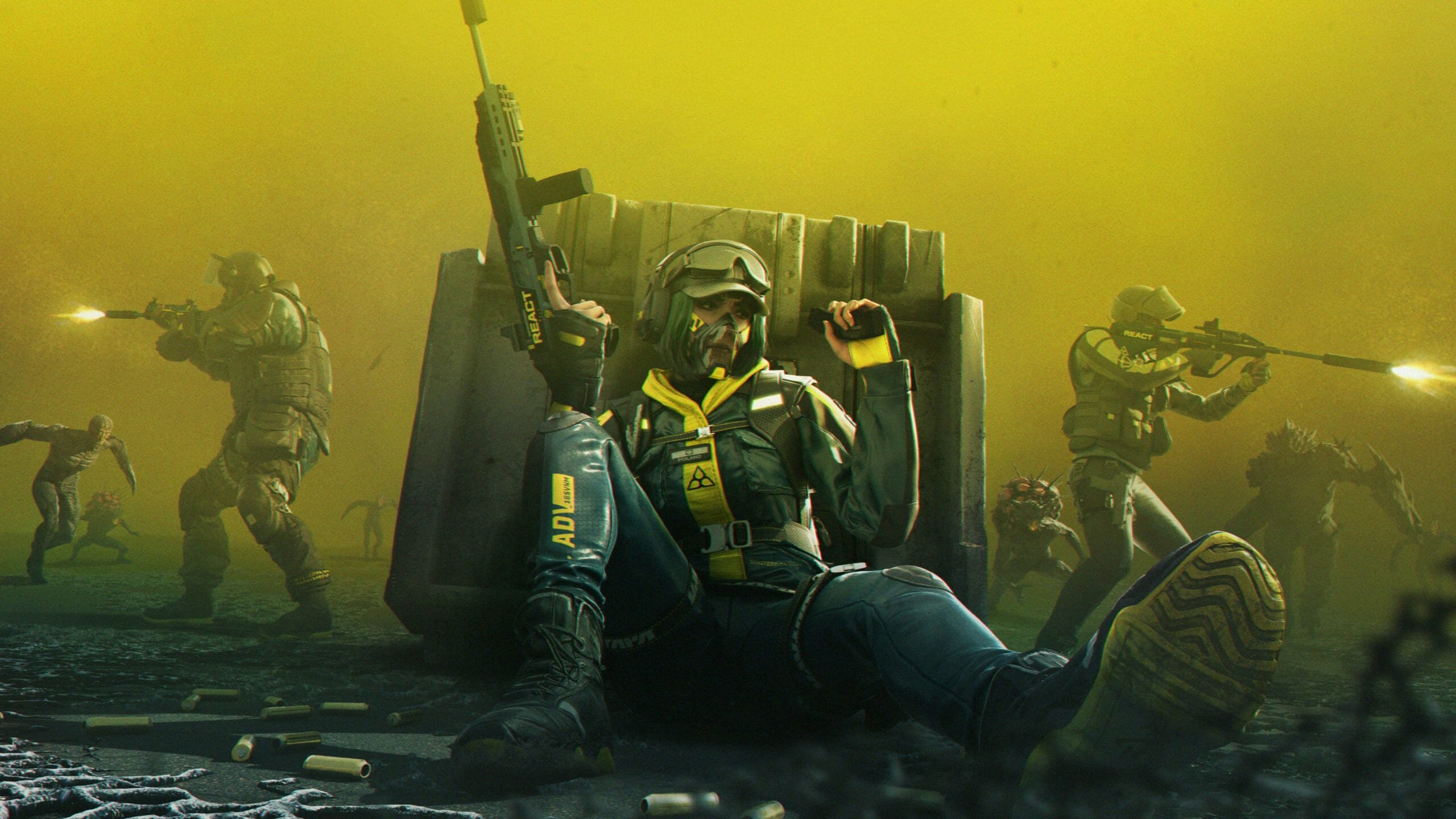 Tom Clancy’s Rainbow Six Extraction was a surprise hit. Ubisoft’s newest team-based shooter released to much fanfare. The game explores an alternate Rainbow Six timeline where operators from Siege work together in an effort to combat a long-dormant alien infection called the Chimaera Parasite. The parasite hosts a new species of alien called Archaeans and Protean, which spread their goopy parasitic “sprawl” everywhere they go. Players have enjoyed about a month of what the base game has to offer, but all operators will soon have to answer an entirely new call of duty in the upcoming Rainbow Six Extraction Spillover Crisis Event.

The sprawl is an ever-evolving facet of the Chimaera Parasite, and Rainbow Six Extraction Spillover is a whole new crisis event focusing solely on this goopy aspect of the game. Traditionally, sprawl is an ever-growing material hindering operator movement. It grows from nests and is often the subject of chimaera mutations during more dangerous excursions. In Rainbow Six Extraction Spillover, however, the sprawl takes on an entirely new form. It is now a hardened, near-indestructible material and prevails throughout entire areas. The only way to take care of this is to use the new Dissolution Agent canisters to draw out waves of enemies and wipe out the colonies of alien sprawl.

In order to prepare for the upcoming Rainbow Six Extraction Spillover Crisis Event, Ubisoft provided early access; from which we have collected a dossier of key notes on what to expect. Ready up operators! Earth is relying on you.

Sprawl has spread immensely over the hot zones and it is up to a team of three players to enter them and take all sprawl colonies out. The Rainbow Six Extraction Spillover Crisis Event is a brand-new time-limited event very similar to Gears of War’s Horde mode. Unlike horde mode, however, a squad can pick and choose their battles. Sprawl colonies dot the landscape and players can actively choose which of those they would much rather irritate, and in which order. Excursions take place over three phases, and the sprawl becomes more aggressive as each phase is completed. Players can choose which colony (or colonies) they want to dissolve first using their dissolution agent canisters. When a canister is used on a colony, a countdown begins, and Archaeans more inclined to the type of colony being dissolved will rush out to meet operators head on. It is a game of survival, and operators have to do so in 90-second waves!

Surviving a few waves of Archaeans is not too much of a challenge during the first phase of the Rainbow Six Extraction Spillover Crisis Event. However, when two sprawl colonies have been wiped out and the second phase comes into play, players will have to strategise a lot more. This is where the tower defence elements come into play. When picking a colony to use the Dissolution Agent on, it is imperative operators prepare their defences by picking the best corners, angles, and/or vantages to defend from. Tuchanka’s turret is a lifesaver when operators need to take care of more than two avenues, while Ela’s Grzmot mines tend to help during waves where invisibles enemies are abundant. Similarly, barricading windows and doors, and knowledge about the map, are crucial to the success of a squad.

In immense help with the absolutely crucial preparation and defending element of the Rainbow Six Extraction Spillover Crisis Event, comes by way of a brand-new REACT Tech: the Auto Turret. Operators can deploy into the match with Auto Turrets, which will aid in protecting challenging points of entry. Auto Turrets need to be unlocked at first, but the prerequisites are easy and not-at-all much of an issue. Using the turret is crucial during later phases in an excursion. Archaean composition varies more and more with each destroyed sprawl colony (starting with Grunts only for the first colony, all the way through to a full chimaera ecosystem by the eighth). Therefore, holding on to the auto turrets and deploying them at vital vantage points, plays a large role in how successful the last few colonies in phase three can be destroyed.

The sprawl and Archaeans in the Rainbow Six Extraction Spillover Crisis Event are unlike those featured in normal game modes. Sprawl is everywhere, and Archaeans pose an immense threat — especially when their numbers grow overwhelming. Moreover, enemies grow more aggressive as colonies are destroyed and players move into later phases. There are nine total defensive objectives (nine colonies that need to be destroyed). Decontaminating the first two colonies grants the first bout of experience and moves the excursion forward to stage two; while three more colonies grant more experience and moves the excursion to phase three where players have four more colonies to deal with. The order in which players handle colonies is all up to their own doing. Three colonies spawn cloaked enemies, while three others spawn enemies beset by spores. A further three colonies spawn elite enemies. The order every colony is tackled all comes down to the squad in play and the tactics they are using. It is recommended to do the Elite colonies first, since dealing with Elite smashers later on can be troublesome – to say the least!

Ela’s sister, Zofia, is a beloved Rainbow Six Siege operator. Known for her highly skilled survival techniques, Zofia can be a huge asset to any Extraction squad, regardless of whether they play the Rainbow Six Extraction Spillover Crisis Event or not. With that said, her grenade launcher comes in especially handy during later sprawl colony destructions where Archaean numbers tend to overwhelm. The final sprawl colony always tends to have Smashers, and her grenades are super useful against those hulks as well. Just remember to stock back up after every round, or prepare to face the consequences.

Whether it be Zofia, or the brand-new time limited mode, players who already love the game will find a lot more to love with the upcoming Rainbow Six Extraction Spillover Crisis Event. Players who would have liked to see a little bit more variation in the game modes might be pleasantly surprised, while players who simply thought the selection of operators to be too limited, are now also being rewarded. Ubisoft clearly wants to start their post-launch content off with a bang!