Apple’s iPad tablets are synonymous with great design and superb battery life. A new test conducted by Which? Test Lab, a consumer test organisation in the United Kingdom, reaffirms the fact that Apple’s tablets still hold the crown when it comes to battery life and overall usage. 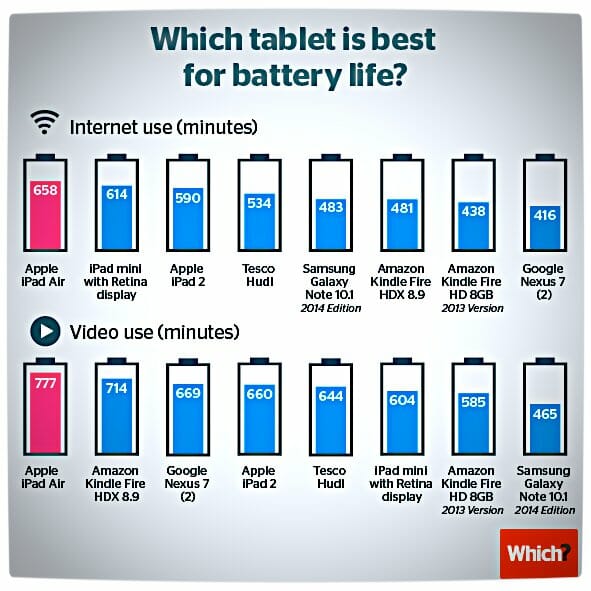 Apple’s range of iPads bested all of the other tablets on test in terms of battery usage while browsing the Internet. Unfortunately, the same cannot be said for video performance.

Unlike the iPad Air, Apple’s iPad 2 and iPad Mini with Retina Display were bested by the Amazon Kindle Fire HDX 8.9 and Google Nexus 7 (2) in terms of video performance. However, the iPads never fell below the 10-hour mark as advertised by Apple.

Despite claims from other tablet manufacturers, Apple still has the best performing tablet in terms of battery life.