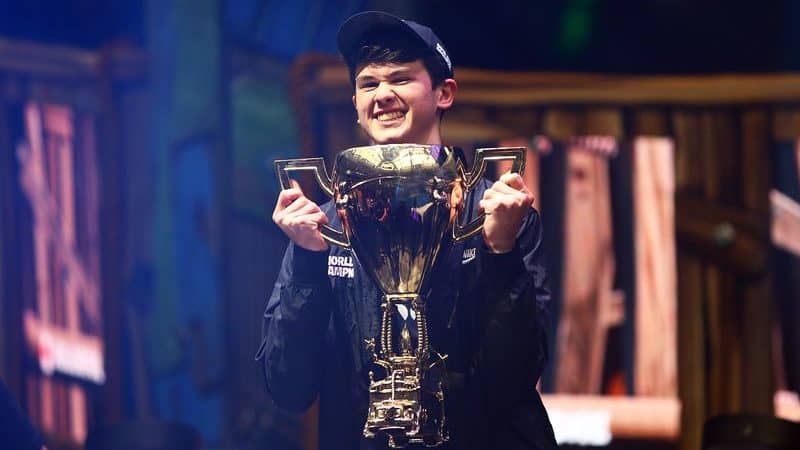 For the longest time, the term “professional gamer” has had a slight aura of disdain. This is despite video gaming having become more popular – a now multi-billion dollar mainstream industry – one that is far removed from its 1980s origins. Despite the mainstream appeal and adoption, there are still many people who will look at you weirdly if you tell them that you play video games for a living.

With the advent of video on-demand platforms such as YouTube, and live streaming platforms such as Twitch, the term professional gamer has turned into a full-fledged profession of its own. Where the only ones who made money from video games used to be the developers and publishers themselves, mere children can now pick up a controller and earn a living right from their own bedroom. This is especially true today, now that 16 year old Kyle Giersdorf has won $3 million in the first-ever a Fortnite solo world championship.

Fortnite has successfully wrapped up the first ever solo world championship for a Battle Royale game. It has been so popular, that the success story plays out like something you would only see in the movies. The huge esport event took place in Arthur Ashe Tennis Stadium in New York, where hundreds of players from all around the world could take part. It was literally anyone’s game, with no drafting until on the day, no brackets until winners had been selected from established criteria (points for kills and wins), and until the crowd had been thinned out to where only the best player remained.

Kyle ‘Bugha’ Giersdorf beat out countless Twitch-partnered streamers and YouTubers, and ultimately, was in the run for the first-ever solo tournament grand prize. Giersdorf, a player who was admittedly a ghost amongst all prominent Fortnite players, skyrocketed into stardom as he dominated the first round of the championship. He ultimately won, and took a whopping $3 million home at the end of the championship – the equivalent of about one-and-a-half Football Association Challenge Cup (Soccer) wins, two US Open (Golf) wins, an Australian Open (Tennis) win, or one-hundred-and-80 (180) Archery World Cup wins! It goes without saying that Giersdorf is one lucky kid. Lucky, and skilled at Fortnite.

Giersdorf managed this by picking up nine in-game kills during the first round. After this, he was drafted into the rest of the championship, where he totalled around a dozen kills in every game thereafter. In total, Giersdorf ended with 59 points and a massive lead over his second-place counterpart. Giersdorf explained that he knew his win was secured after he amassed enough loot in-game to snipe enemies and outlast them. He celebrated by hugging and thanking his family who flew out from Pennsylvania to support him throughout the championship.

$3 million USD is a heck of a lot of money. There is simply no denying that! In second place, however, 24-year-old Harrison ‘Psalm’ Chang, won a little more than half that – $1.8 million; while Shane ‘Epikwhale’ Cotton walked away with $1.2 million in third place; and Nate ‘Kreo’ Kou, finished off with $1.05 million.

Needless to say, Giersdorf will go down in history as the first ever solo Fortnite championship winner. Who said video games would never pay the bills?