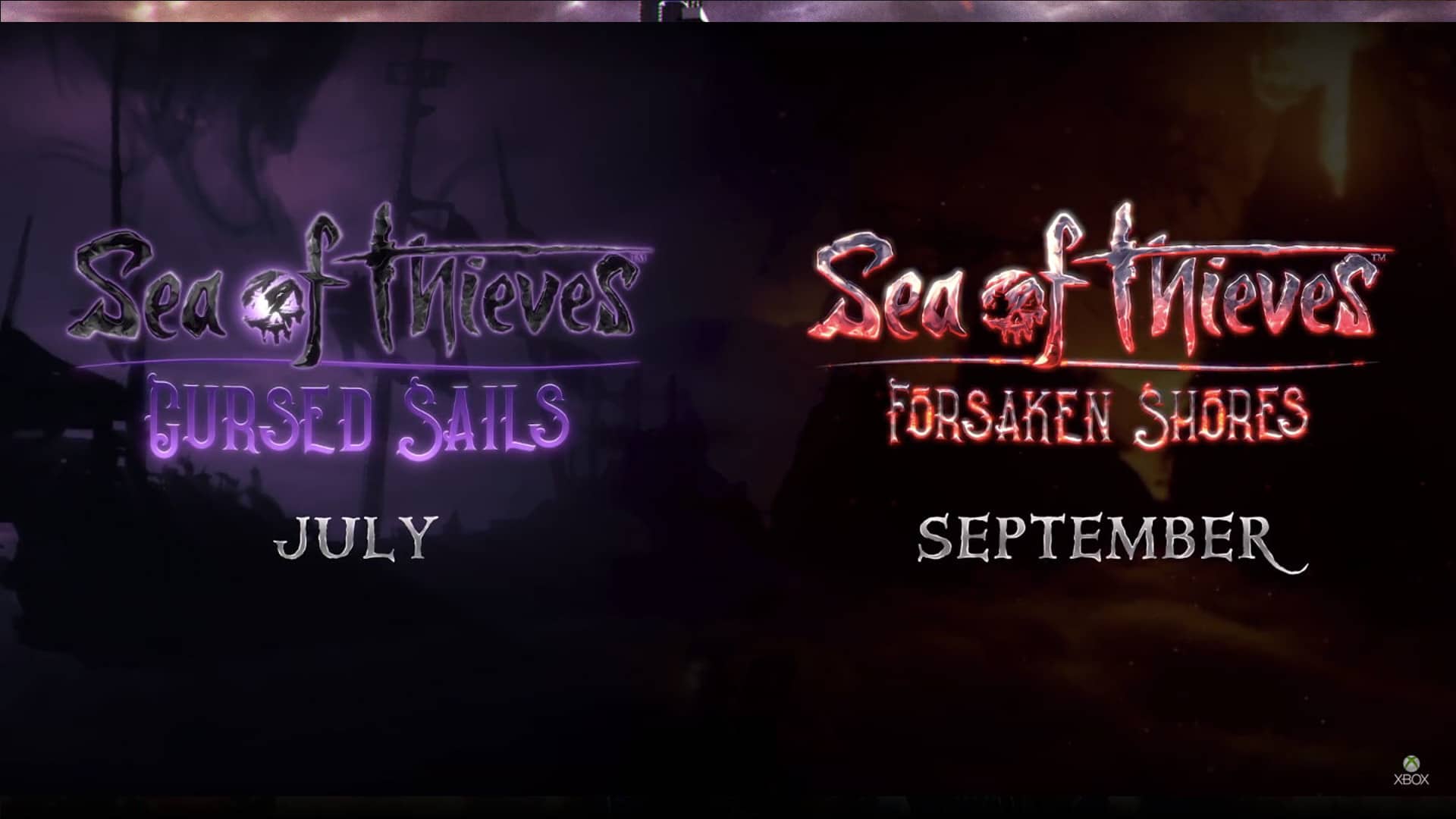 Microsoft’s Xbox E3 2018 conference was huge. The entire event was filled with exclusive E3 reveals, like the announcement that Sea of Thieves Cursed Sails and Forsaken Shores will be the two new expansions for Rare and Microsoft’s swashbuckling MMORPG.

Sea of Thieves may not have had the launch it deserved, but there is no doubt that the game is a fun experience regardless of “how repetitive” it may seem from the onset. Microsoft, and more specifically Rare, recognise the potential the game has and appear to be pushing forward into 2019 with two big new expansions, both of which will release in 2018!

The recent announcement also included an all new trailer, which shows two new characters. One a pirate adventurer that embodies pretty much all gamers, and the other a representative from the Order of Souls. In a shiny red orb, the Order of Souls rep foresees an ancient evil and chaos set loose in the world of Sea of Thieves; a daunting experience for anyone who sails unprepared and a deadly (and dead) pirate captain ready to sink your ship!

The two expansions, titled Sea of Thieves Cursed Sails and Forsaken Shores, will release in July and September of 2018, respectively. The trailer is not too specific on what we can expect from either expansion, but we do know that Cursed Sails will introduce ships manned by literal skeleton crews, while Forsaken Shored will open up the map even more. Both expansions aim to make the world a proper lived-in one that is populated by both player and non-playable characters and beasts.

The game recently received a free Hungering Deep content pack that introduced the Megadolon to the seas and brought more varied adventures to the table. Considering that Sea of Thieves is on Xbox Game Pass and that it is a Play Anywhere title, it makes the two expansions must-play options for anyone with friends on the Xbox platform.