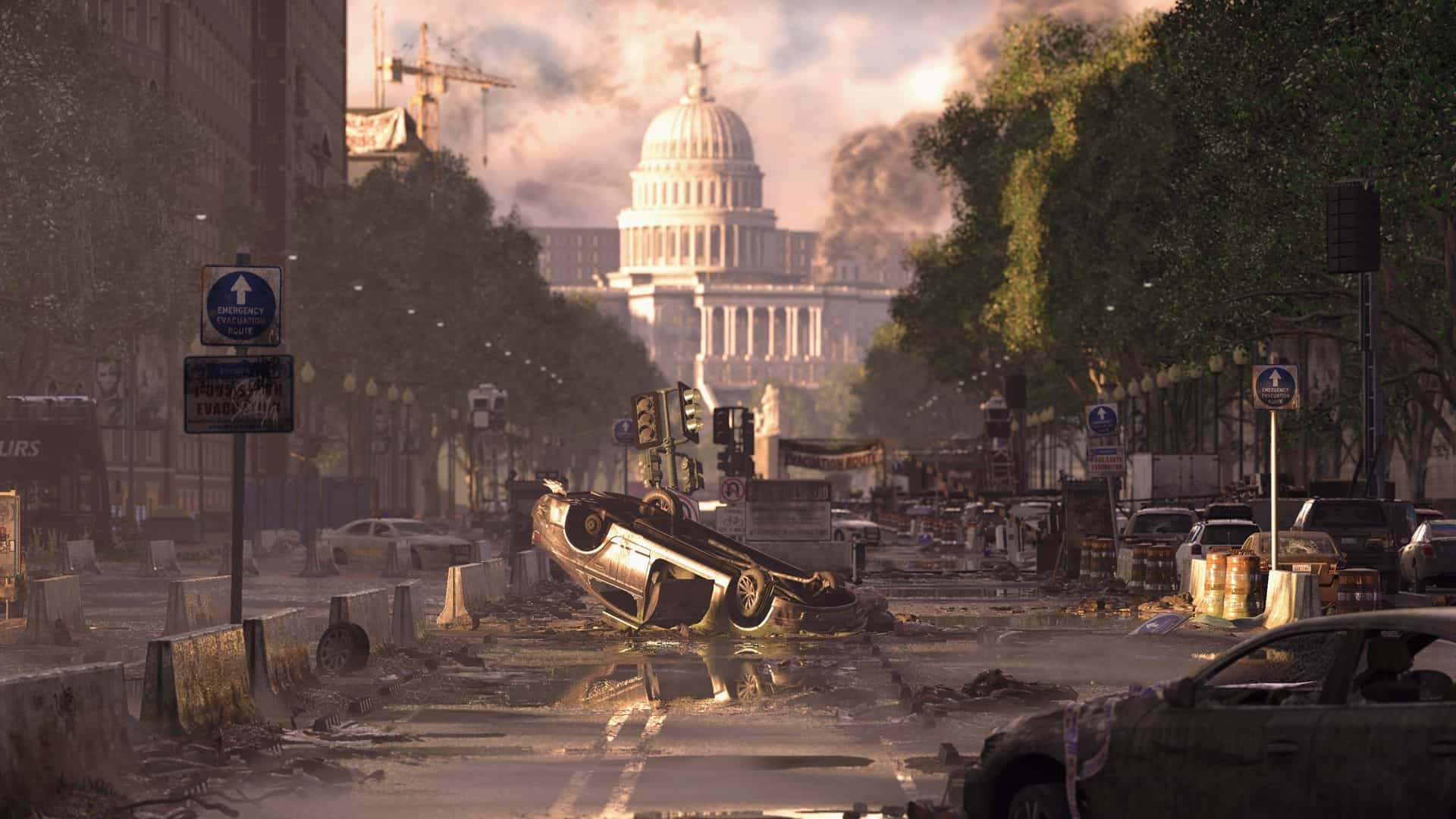 Ubisoft may also have their own E3 2018 conference, but that certainly does not stop the company from showcasing its games at other events. For starters, Ubisoft showed off a few new glimpses of Tom Clancy’s The Division 2 announced for the first time at Microsoft’s Xbox E3 2018 conference. It confirmed past leaks that The Division 2 takes the fight to Washington, D.C. and that it takes place six months after the first game.

Gone is the freezing emptiness that is lower Manhattan. All Division agents must now report to the sweltering, and likely cholera-infested, bogs of Washington, D.C., where the summer season has settled in very nicely. In the Xbox World Premiere video below, you can get a full six minutes of what the new setting is like.

The Division 2 announced demo showcases actual gameplay where a group of players take on the rolls of various Division agents. They accept missions and cooperate to complete them, and do it quite well until their plans are foiled by a bunch of enemies at the end. It also showcases upgraded user interface elements such as the map, improved graphics, and lighting systems.

According to Ubisoft, The Division 2 is being developed by the same studios that brought us The Division. This includes Massive Entertainment, Red Storm, and Ubisoft Reflections. If they take nothing away from the first game and only improve upon it, this game will be incredible for sure. Then again, let us not get too ahead of ourselves. We all know what happened when The Division launched.

While you wait, Ubisoft has released an update to The Division that unlocks a new form of collectable called Shields. By doing some stuff in-game, and reaching certain milestones, Shields will award players with exclusive gear and content in The Division 2. For now, there are four shields, most of which will unlock retrospectively for veteran players. Shields also have their own audio logs that bridge the gap between the two games.