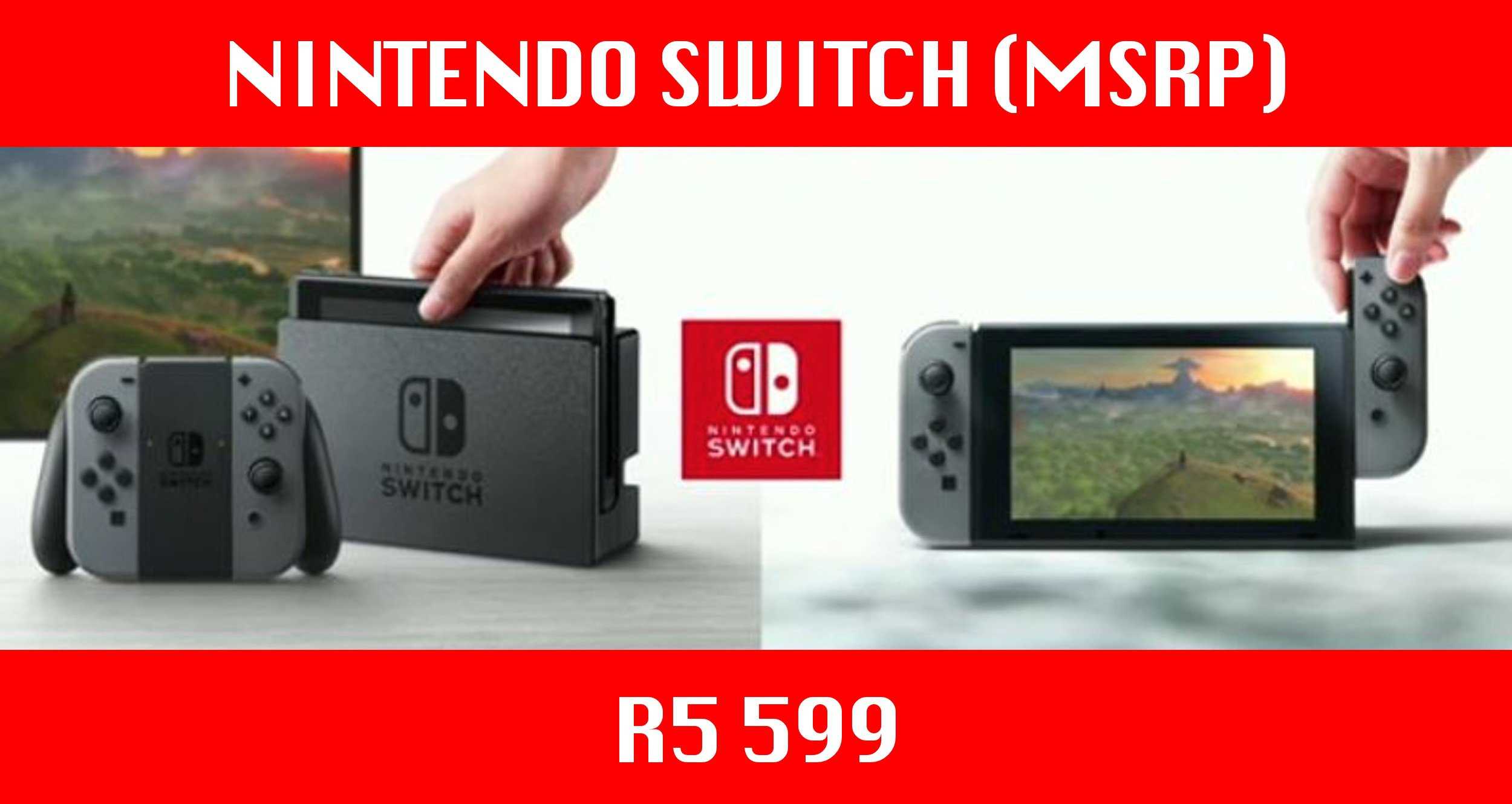 Nintendo’s brand new hybrid console, the Nintendo Switch, is due for release on the 3rd of March 2017 in select markets around the world. Today we finally have confirmation of three things: the South African Nintendo Switch pricing, its local release date, and confirmation of which retailers will have stock at launch.

Takealot, one of South Africa’s largest online retailers, has officially put the Nintendo Switch, its accessories and certain games up for pre-order. The listings indicate that the console will indeed launch locally on the 3rd March 2017. With that said, Nexus has also reported that the initial launch batch of the console will only be available from Takealot and BT Games Stores – presumably due to stock constraints.

The Takealot listings also offer our first look at the Nintendo Switch pricing once it launches locally. As predicted, Nintendo’s new console will retail in roughly the same ballpark as consoles from its two major competitors: Sony and Microsoft. Even the games and accessories are similarly priced.

Takelot is currently discounting the Nintendo Switch console by R300 for all pre-orders. The pre-order pricing will last until the console officially launches on the 3rd March 2017. Thereafter, the console will return to the suggested retail price of R5 599.

With this in mind, and if you have the cash to spare, now would be a good time to jump onto the Nintendo Switch bandwagon – especially considering how the console has sold out at retailers around the world.