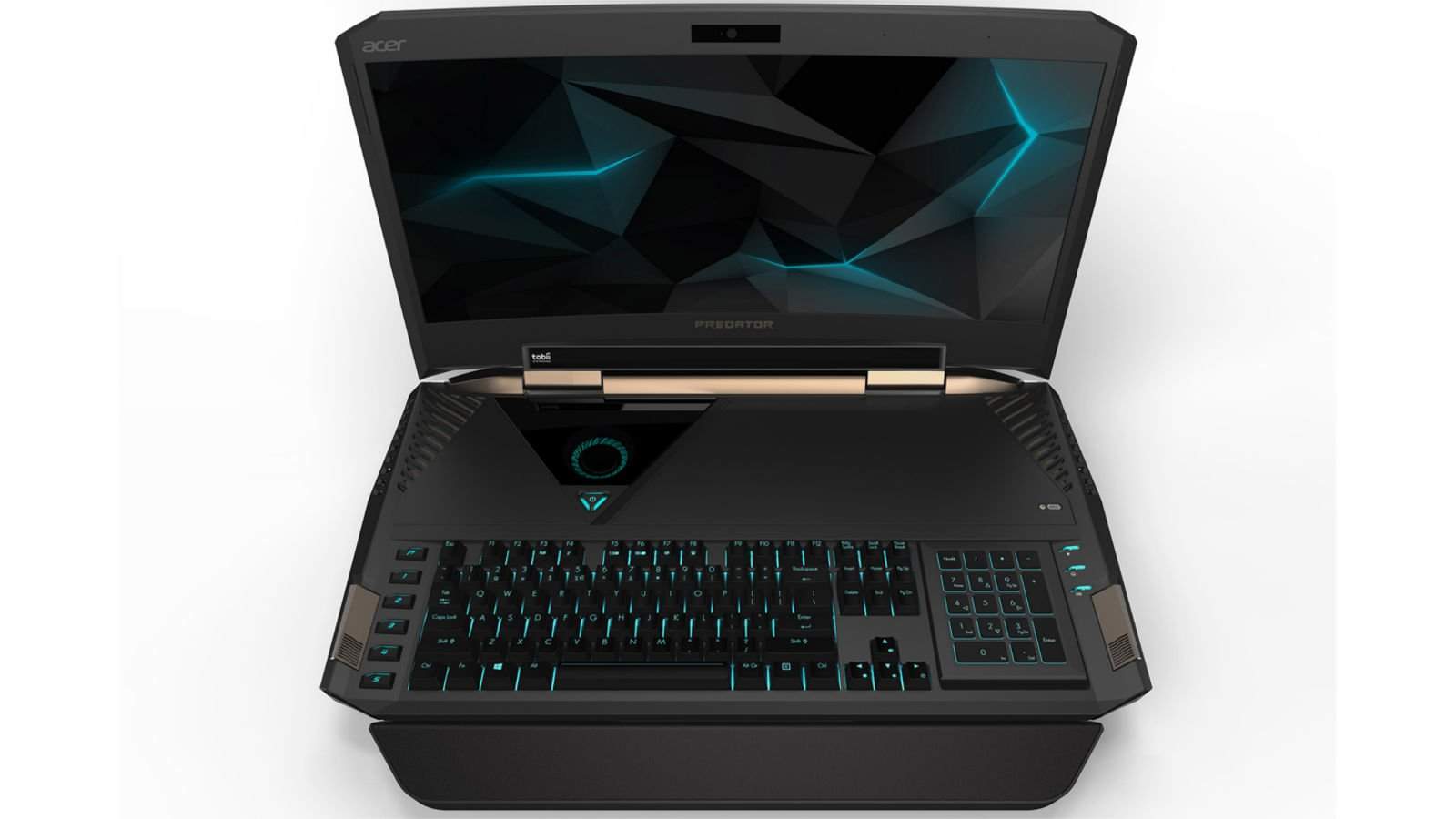 If mechanical keyboards, curved screens, desktop-grade graphics, and absurdly overpriced laptops are your thing… then Acer’s Predator 21 X Laptop is the “mobile” computer you need in your life.

Acer revealed the Predator 21 X at CES 2017 with the tagline: “go beyond the horizon to discover the world of curve”. On the website it continues: “A world that bends and pulls you in to experience top-tier gaming”, and with that I could not agree more. It is a big, blocky and heavy laptop that has an almost militarised vibe. Personally, I find it quite ugly, but this laptop was not made to win any design awards. Rather, it is meant to stand out in a crowd, and, truthfully, will be uncomfortable to carry around… but boy, does it pack a heck of a punch. Looks and portability aside, Acer’s Predator 21 X Laptop is meant for gaming in the most extreme sense of the word. 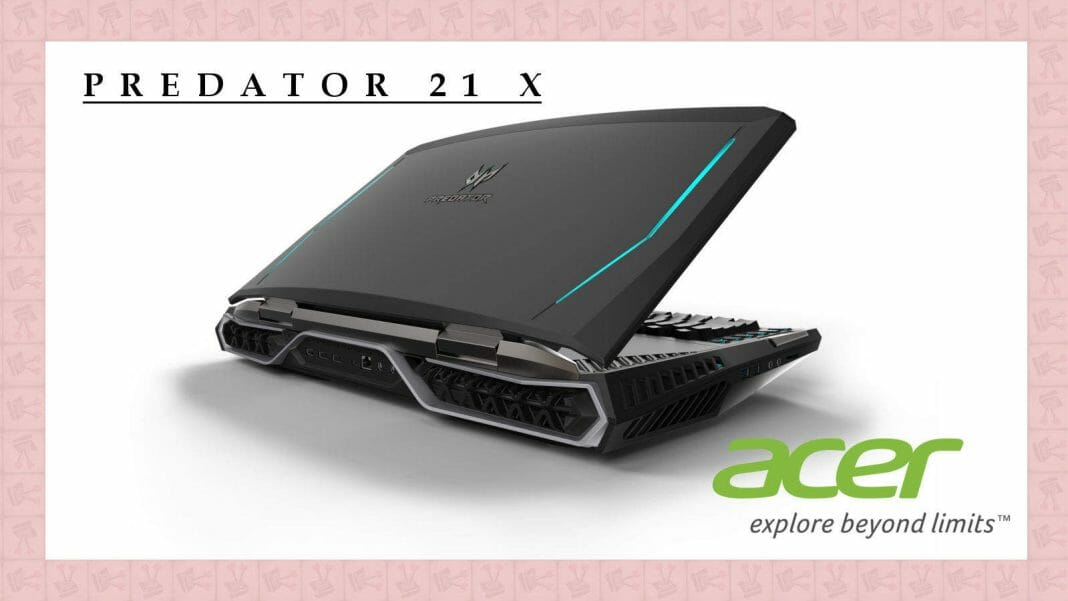 The Predator 21 X boasts a seventh-generation Intel Core i7 and two (!) Nvidia GeForce GTX 1080 X graphics cards. In case you were wondering, those are full, desktop-grade chipsets. Additionally, the Predator 21 X also comes with a whopping 64 GB of DDR4-2400Mhz memory; and the ability to overclock at the touch of a button.

In terms of its display, the Predator 21 X rocks a simple 2560 x 1080 resolution with its 21-inch, IPS display. The resolution is by no means “enthusiast” grade, but it is said to look amazing with its curved design. Acer states that it will draw anyone into its ’embrace’ and has confirmed that the screen will run at 120 Hz.

Moreover, the laptop is incredibly heavy. Coming in at 8 kg, this is by no means a comfortable laptop to carry — even if just from the office to the living room. A lot of the extra weight comes straight from the power supply and its five cooling fans. That is three or four fans more than normal laptops usually have! In addition, it will also feature a 2 TB hard drive and up to four 512 GB solid state drives; and a full mechanical Cherry-MX Brown keyboard.

According to The Verge, Acer threw Tobii eye-tracking technology into the mix as well. That, along with its four speakers, two subwoofers and backlit keyboard, it is sure to aurally immerse any gamer lucky enough to play on it. In addition, Acer’s patented Killer DoubleShot Pro automatically picks the fastest network connection (Ethernet or wireless) and sends all high priority traffic over that interface. It then sends standard traffic through the other connection. This ensures the highest priority traffic will always be put on the fastest and most reliable link.

The Acer Predator 21 X is slated to ship to the first batch of international customers in February 2017.

It will come to South Africa with a recommended retail price of R49,999 ZAR. Local availability has yet to be announced.