CD Projekt Red is hosting an event on GOG.com whereby the entire Witcher Game collection is on sale for a limited time. The event is underway in order to celebrate the release of Blood and Wine, the final expansion in the The Witcher 3: Wild Hunt, and to give gamers a chance to dive into one of the best video game franchises to come out of Europe.

The Witcher 3: Wild Hunt is a story-driven, next-generation open world role-playing game, set in a visually stunning fantasy universe, full of meaningful choices and impactful consequences. In the game, players assume the role of a professional monster hunter, tasked with finding a child of prophecy in a vast open world rich with merchant cities, dangerous mountain passes, and forgotten caverns to explore.

The sale allows gamers to own the entire Witcher collection for under R900 ($56); that is three full AAA games, all downloadable content and a mini-Witcher “arcade game”; all of which are free from any kind of Digital Rights Management (DRM). This is a true bargain for gamers considering how most new standalone games retail for well over R950 ($59), especially if you are a console gamer. 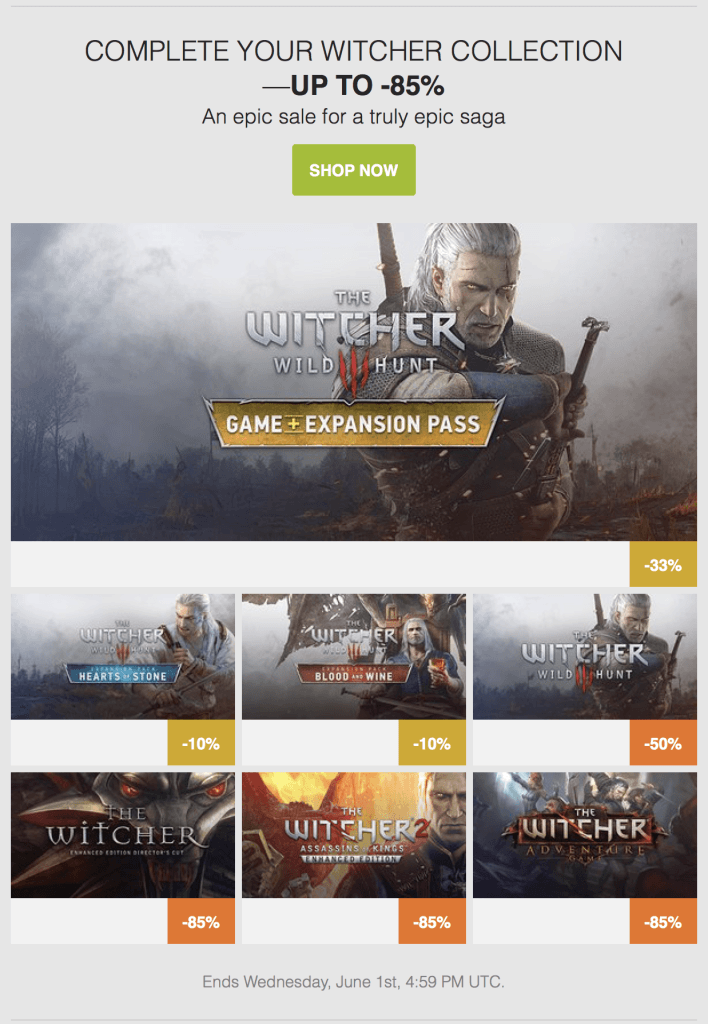 Here is the full list of everything that is on sale at GOG.com:

These offers will last until 19:00 (7pm) GMT+2 on the 1st of June 2016. The only exception is for the discount on the Blood and Wine pre-order, which will expire when the expansion is released on the 31st of May 2016.