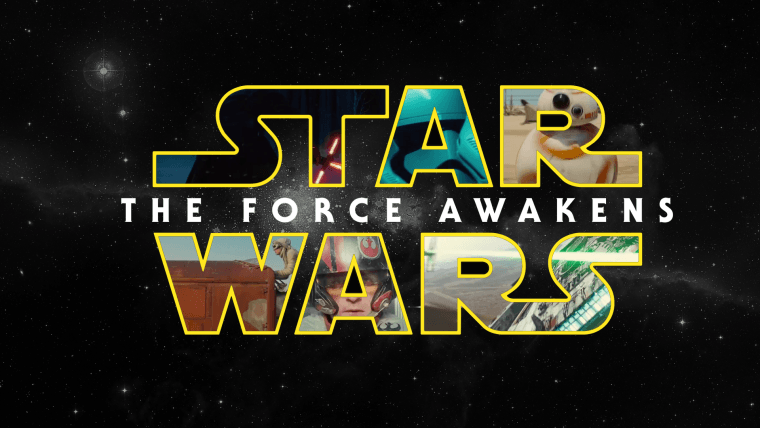 Lucasfilm and Disney have released three new posters for Star Wars: The Force Awakens, the seventh official episode in the Star Wars series.

The first depicts a legion of The First Order Stormtroopers, all lined up and ready for battle. 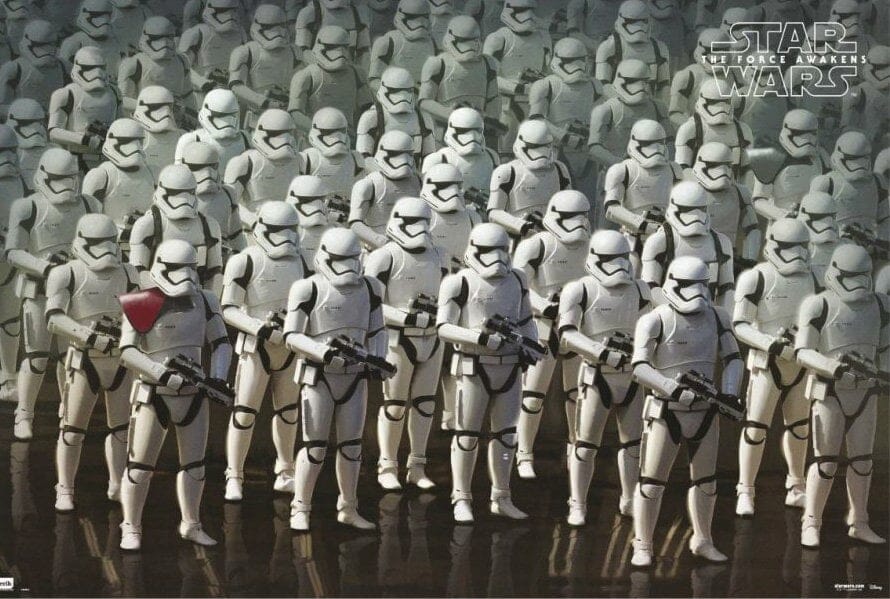 The second offers another look at the mysterious Kylo Ren; the elusive new ‘villain’ who is said to be quite strong with the Force and is apparently named after the even more obscure Knights of Ren. 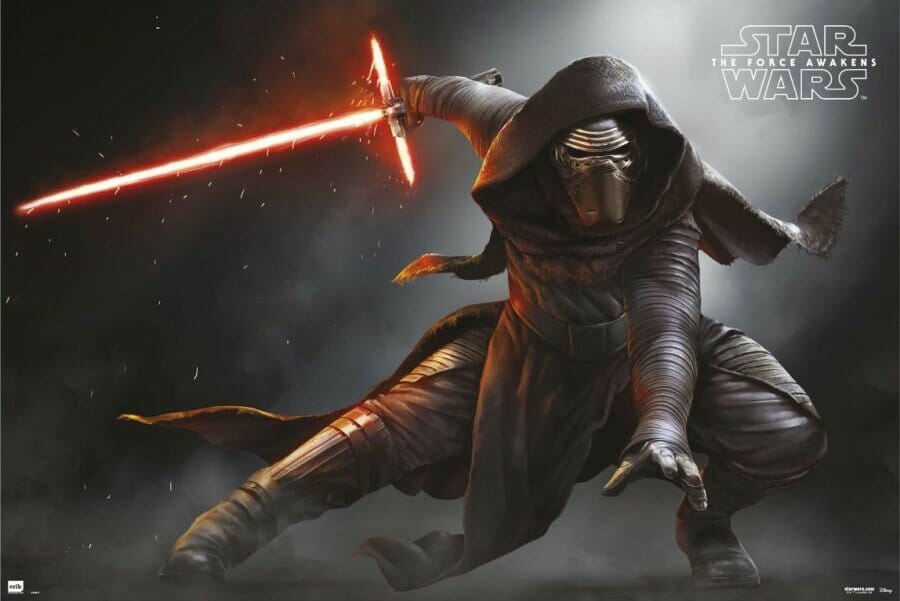 The third image is a gorgeous ‘classic’ Star Wars montage, featuring most of the new major characters, although many of the original favourites (Luke Skywalker, Princess Leia and Han Solo) are noticeably absent. 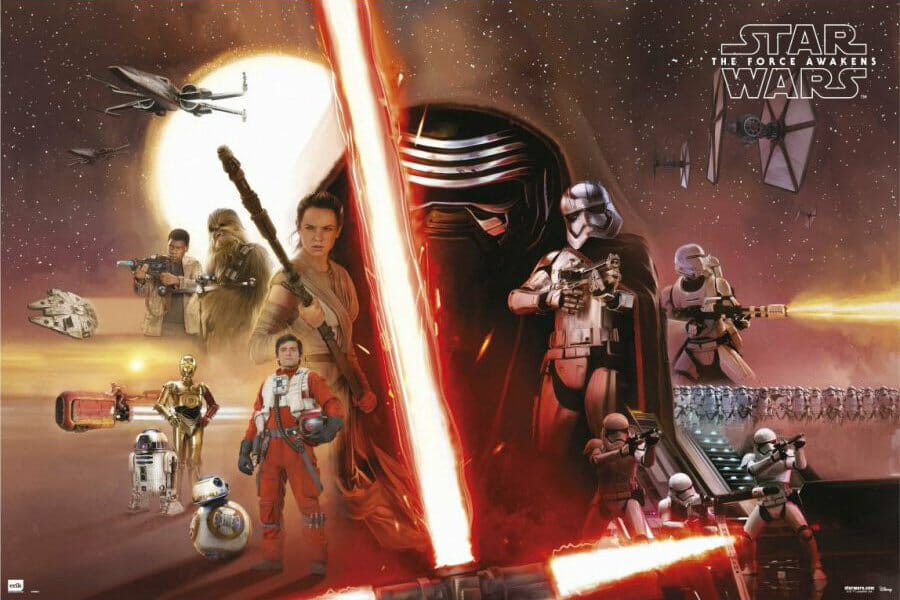 Adam Driver’s character, Kylo Ren, has apparently been heavily influenced by the magnanimous figure that was Darth Vader (his uniquely tailored mask and cloak pay homage to him). Although many details are still under wraps for The Force Awakens, it is safe to assume that Driver’s character will play a pivotal role in the series going forward.