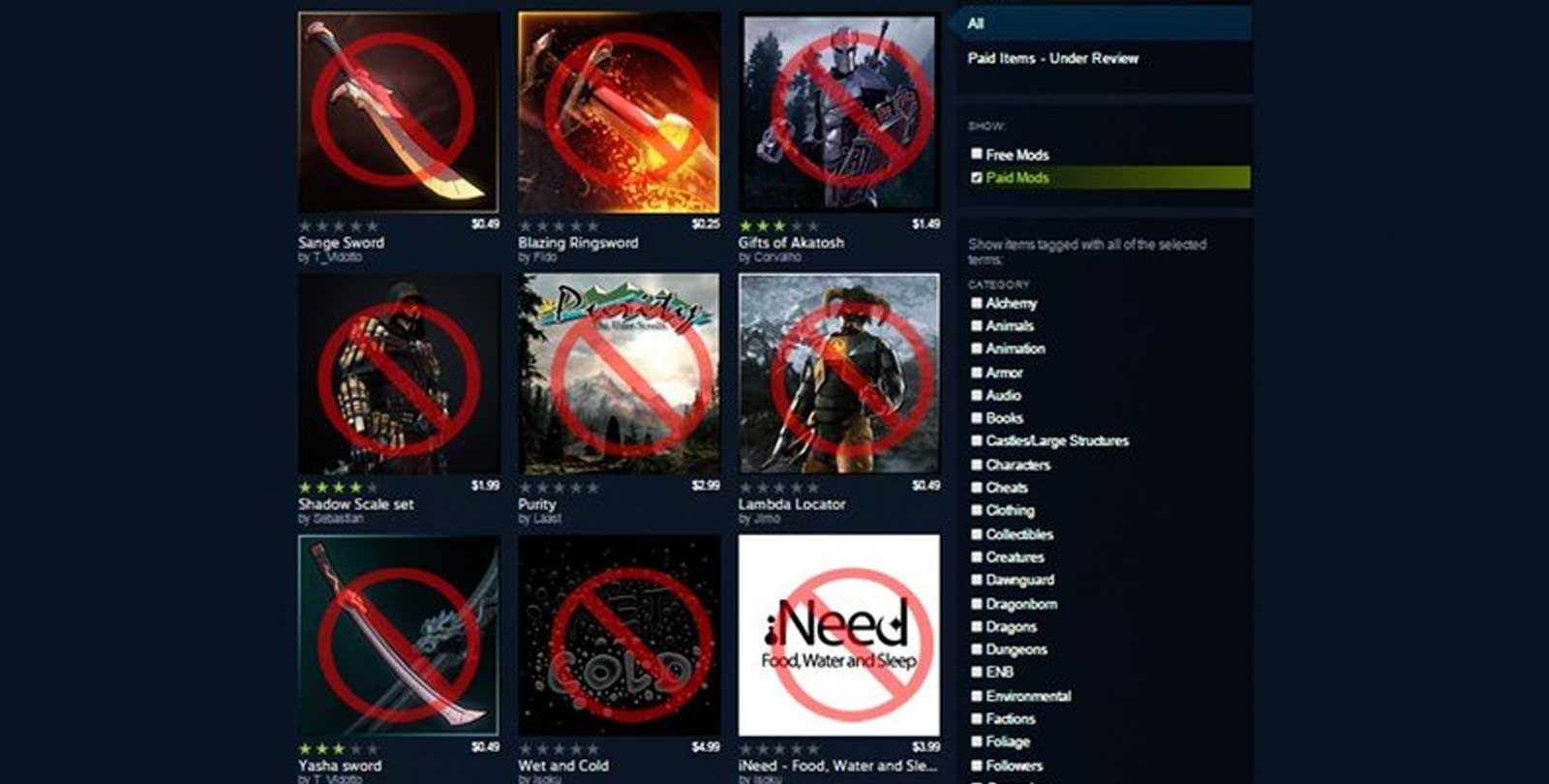 In a move that has angered gamers worldwide, Valve has decided to monetise user generated modifications (mods) to games.

The idea of monetising mods is a great idea in concept because it will allow mod creators to benefit from the content they create. In the same way that YouTube content creators benefit from Google Advertising, mods creators will soon have the option to sell their content for immediate profit. However, it is the way in which Valve plans to implement the idea that has infuriated many gamers.

The most glaring issue is that Valve will be enabling ‘paid mods’ on Steam Workshop without any quality control, curation process or guarantee of future support or compatibility. There is a 24-hour return policy on mods, but the issue of quality control, especially in the sense of people who clone the hard work of legitimate modders in order to try and make a quick buck, now persists within the Steam Workshop.

The predicament of quality control aside, the primary issue facing modders on Steam Workshop is that Valve will take 75% of any revenue earned from a mod. Thus the actual creator, the person who took the time to create the mod, will only receive 25% of the total profits made. Furthermore, the mod must make over $100, because if it does not, the creator will not receive a cent from Valve.

Quite simply, the agreement that Valve has imposed for paid mods is unreasonable.

More often than not, modders work long and hard on some of their creations. Adding the ability to monetise their work would incentivise even more talented ‘home developers’ to create even richer content for games. Additionally, adding a curation and approval process for mod’s would ensure that quality workmanship is not obfuscated by cheap and unnecessary clones.

A petition already exists for Valve to end the monetisation of mods in Steam Workshop. However, it would be better if the petition was amended to allow, for example, donations for mods or to implement fairer profit margins and quality control processes, so that users may show appreciation for the hard work that often goes into creating additional content for games.