When Bård Ylvisåker and Vegard Ylvisåker, better known as Ylvis, released “What Does The Fox Say?!” they could never have anticipated the  global success and popularity of a song that was meant to be nothing more than a parody.

The incredibly well produced eurotrash dance anthem, which uses pre-school lyrics and onomatopoeia to sculpt an unforgettable melody, is the the highest-ranked song by a Norwegian artist on the Billboard 100 chart since a-ha’s 1985 number-one song “Take on Me”.

Naturally, the success of Ylvis’ “The Fox” has prompted all kinds of Internet based memes and fan artwork, like the beautifully illustrated image below that would fit perfectly in any nursery school with a sense of humour. 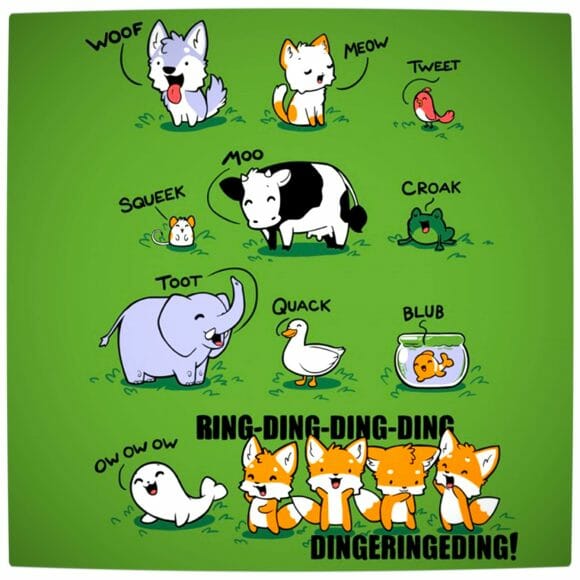