Made popular by James Cameron’s movie of the same name, the RMS Titanic was placed into service in April 1912 before it collided with an ice-berg on its maiden voyage, killing over 1500 people.

Interestingly, whenever the RMS Titanic is spoken about it always draws imagined images of an unfathomably large ship.

Although images of Jack and Rose standing romantically at the bow of the ship permeate internet searches on the topic, the reality is that the Titanic was the biggest ship of its kind and a true marvel of engineering for the time.

When compared to modern cruise liners like the ‘Oasis of the Seas’, however, the Titanic looks positively miniscule – as reinforced in the image below which is making the rounds courtesy of Jack Sexton. 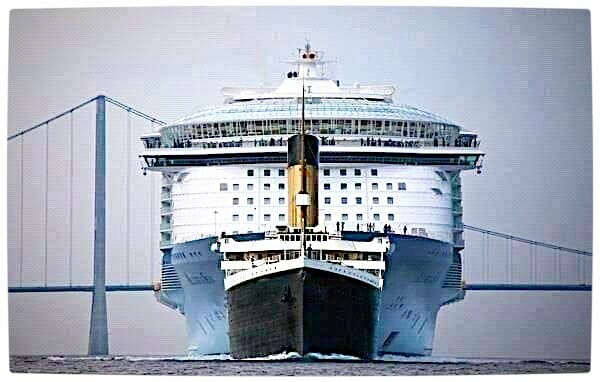