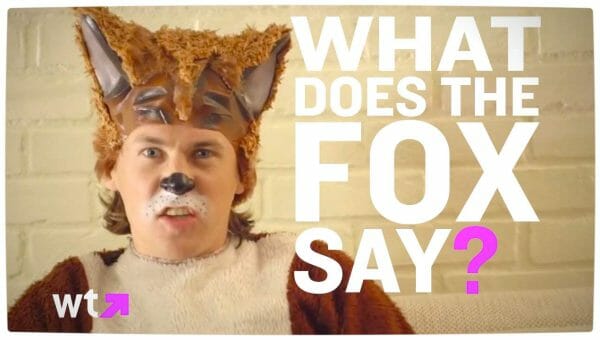 Winter is basically over with spring having brought some really lovely weather to Johannesburg. Soon the local airwaves will be a buzz with a plentiful selection of summer anthems to contend for “Song of the Summer”. Today we humorously present one such anthem.

Bård Ylvisåker and Vegard Ylvisåker are relatively unknown outside of Norway. In their homeland, however, the duo have their own talk show and go by the name of Ylvis.

The Ylvis brothers are, for all intent and purpose, a Nordic comedic duo who are known for creating elaborate pranks and producing parodic music videos of infamous politicians and unusual monuments, like Stonehenge. Now, thanks to the fact that their latest music video has gone viral online, the brothers have reached international acclaim.

The newest song from Ylvis is an incredibly well produced eurotrash dance anthem that uses pre-school lyrics and onomatopoeia to sculpt an unforgettable melody that would be perfect at any summer pool party, even if only to spur conversation.

The unassumingly titled “The Fox” song was only created by the duo to help promote the newest season of their show for Norway’s TVNorge. However, “The Fox” has gone on to set the world of music on fire and has already accrued over 13 Million views on YouTube since it was uploaded on 3rd September 2013.

Find out what the Fox has to say in the video below.