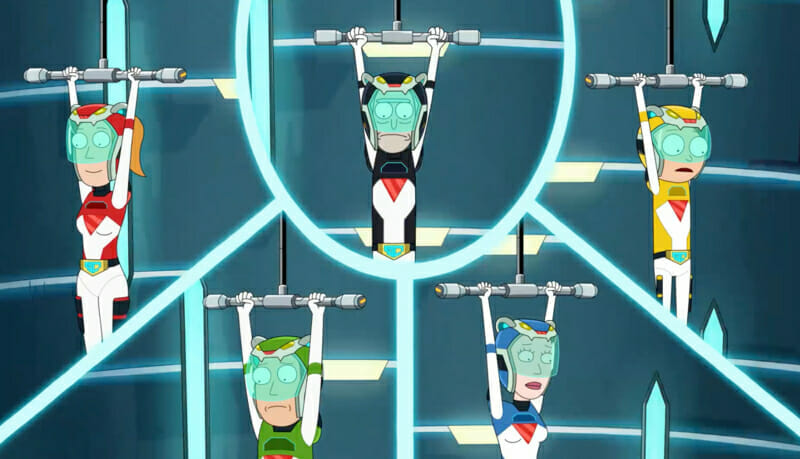 A little over seven years ago, Morty became embroiled in a series of other worldly adventures with his grandfather, Rick. The show quickly became a household name as viewers followed the hilarious antics of this seemingly sociopathic genius scientist, who consistently embroils his daughter Beth, son-in-law Jerry, and grandchildren; in crazy, wild and downright dastardly experiences and experiments. With Rick and Morty Season 5 now airing, we take a look at a few interesting facts about where the series is headed and what could be in store for viewers.

Thanks to Showmax for the scoop on what is to come and for these interview snippets! Enjoy!

1. One of the Co-creators did not expect the show to be this popular

Co-creator Dan Harmon recently revealed to Showmax how he never expected Rick and Morty to become such a big success. “I love this show and I wanted it to be the best show on TV”, and here comes the big ‘but’; “I’m arrogant enough to have expected it to be good, but I didn’t expect it to become so popular. It was the least expected thing in the world.”

2. The Smith family are on the run

Continuing on from the end of Season 4, it is clear the Smiths are currently on the run for their lives. With this in mind, and given how family dynamics are a staple of the series, Rick and Morty Season 5 will further explore the bonds between each of the family members – no doubt showcasing just how far some of them can be pushed.

According to Harmon, the season has “more insane adventures” whilst still offering additional insight into the way Rick’s antics affect his family. In this sense, it is clear “viewers can expect to see more from Jerry and Beth’s relationship and more development between Summer and Rick”. However, it is quite obvious how the Smiths are growing ever tiresome of Rick’s antics. Therefore, the new season will also showcase how Rick’s control over his family is waning, and how they are each coming into their own – more than ever before.

3. Morty has a relationship…

Fans who watch the series will know of Jessica; the cute little red-head that 14 year old Morty has had a crush on since the series debuted. It goes without saying how fans have shipped the two characters for years. However, Harmon recent spilled some extremely hot tea and revealed how Morty will have a relationship with a female character in Rick and Morty Season 5… and it will not be with Jessica.

Apparently the co-creators long-time friend and collaborator, Rob Scharb, wrote the episode with this new love interest for Morty. This begs the question: what about Jessica? Whether Morty finally gets over her or if this new love-interest will be alien, or something else entirely, is anyone’s guess, but fans will find out soon enough as the latest season airs.

Alison Brie is no stranger to the geekosphere. Having won Critics Choice awards for shows such as Glow and Community, and receiving an Annie Award nominee for Bojack Horseman, the talented actor is confirmed to star in Rick and Morty Season 5. The good news is she is not the only award winning actor to join the voice cast for the new season.

In fact, six-time Grammy-nominated comedian Jim Gaffigan (Bob’s Burgers, Star vs. The Forces of Evil) and Teen Choice winner Jennifer Coolidge (Gravity Falls, A Cinderella Story, American Pie) are also confirmed to be making an appearance. Of course, there are many more cameos and guest appearances waiting in the wings as surprises.

5. COVID does not feature this season

Rick and Morty Season 5 will undoubtedly cover many weird, interesting and downright absurd topics. Thankfully, COVID will not be one of them. Like many businesses around the word, the pandemic has affected work on the show. Despite this, Harmon feels the series offers an escape from the real world, which is why the show will not feature anything “pandemic-related on screen”. There is a possibly of the pandemic being addressed in an off topic conversation or casual remark at some point, but the overall tone and feel of the show will not explore the world changing event – and this is most likely for the best.

BONUS: Kanye West has not created an episode – yet

Kanye West’s adoration for the show is no secret. In 2018 when Rick and Morty was renewed for 70 new episodes, Kanye West tweeted, “This is the greatest news. This is my favorite show. I’ve seen every episode at least 5 times each”. The creators of the show subsequently offered him his own episode. With Rick and Morty Season 5 on the horizon, many are wondering if Yeezy has made good on the offer?

Co-creator Justin Roiland continues to affirm the offer was definitely “sincere and legitimate” and, along with Harmon, absolutely want “to keep trying to make it happen”. He further elaborated by saying “We love the idea of doing something with Kanye: we just need to pinpoint what that something is”. Accordingly, the duo feel Kanye’s appearance in the show needs to be more than just as a voice. In fact, they want to make sure that whatever he does remains “true to his identity as an artist as much as it is to the Rick and Morty universe”. Perhaps Yeezy will finally make good on the offer in Season 6?