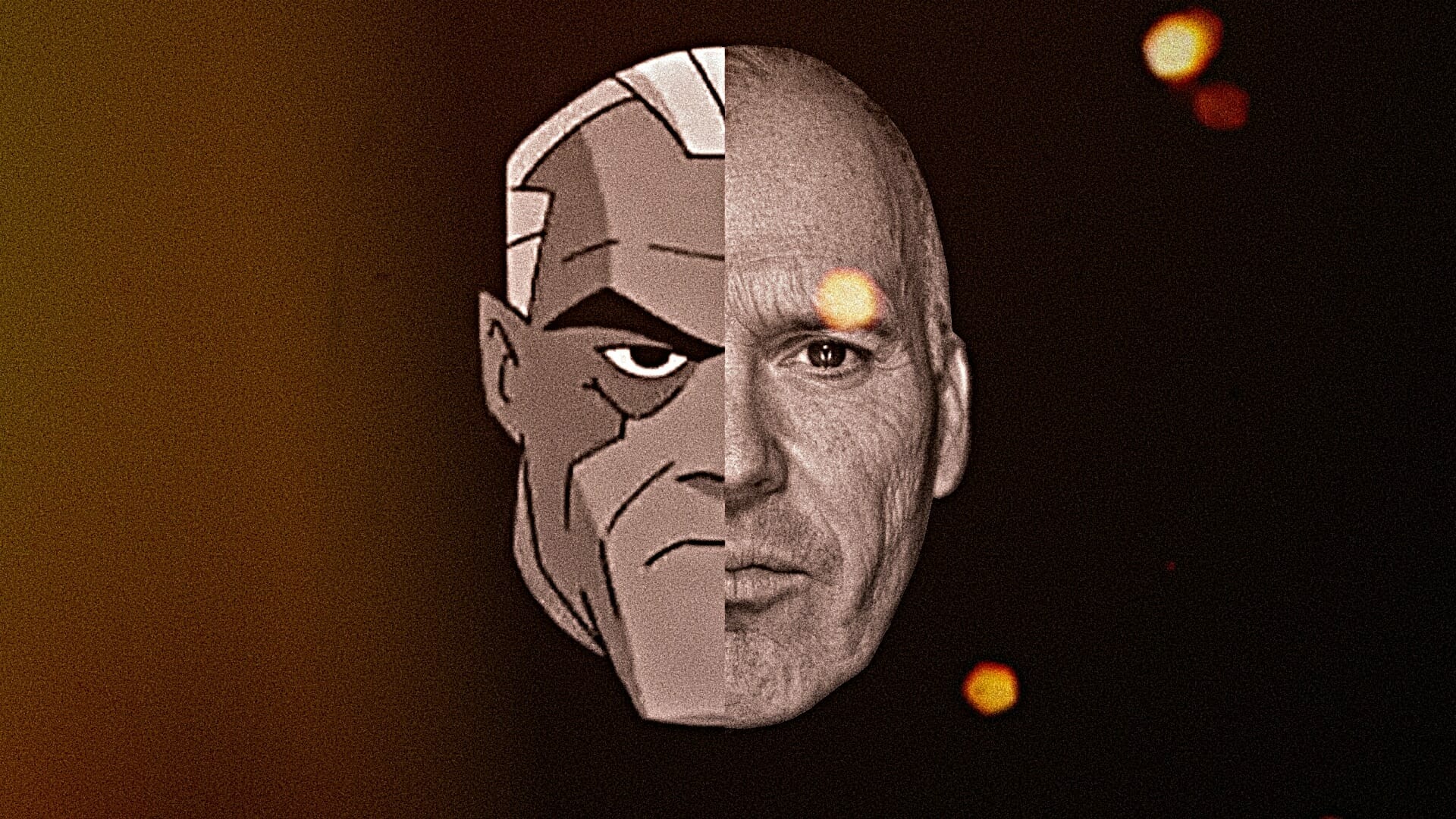 Ah yes, Batman Beyond – the movie everyone wants, yet Warner Bros refuses to deliver. Nay, it is the film we need, yet Warner Bros assumes we do not deserve it. Fans have been clamouring for a Batman Beyond live-action film for several years now. The movement, which strangely came to a head during the filming of the third Christopher Nolan Dark Knight film, has had several breakthroughs throughout the years. From vague rumours in the early 2000s, through to comments from directors in the 2010s, and more recently, faith in it getting a second life after the animated series was remastered for Blu-Ray (with talks of a possible new series). As Matt Reeves’ Batman is locked squarely in the middle of its filming, rumours have flared up about a possible Batman Beyond live-action TV series that might be in the works. With this new-found hope, I figured I would talk about the five actors who could play Bruce Wayne in Batman Beyond, and why I think they would suit the movie or Television series best.

Looking back at past live-action Bruce Waynes, and his various portrayals over the years, it might be challenging to think of any one actor to portray the billionaire vigilante in his old age. The reason for this is how none of his live-action portrayals has ever showcased a Bruce Wayne older than in his mid-40s (the oldest being Ben Affleck in the Zack Snyder films). Even #Batfleck, who portrayed a grizzled, veteran Batman, came nowhere close to the ripe old age of 80. However, that does not exclude previous Batman actors from fulfilling the role once more. As such, and with this in mind, the five actors who could play Bruce Wayne in Batman Beyond (according to me) is as follows:

Michael Keaton is one of the most popular choices for an older, retired Batman, and for good reason. He has already donned the cowl and he also looks the part – with not so much as a milligram of extra makeup needed! Keaton originally starred in Tim Burton’s Batman (1989) as the caped crusader. While not the very first live-action Batman, Keaton paved the way for the darker and grittier portrayals of Batman that would become incredibly popular in the mid-2010s. The movie was a commercial success, making more than 100 times what it cost to produce. It also became a cinematic icon, with many elements of the film receiving cult status over the years. Regardless of what you think about the film, its narrative, or its [very] dated visuals, the Batmobile it features is a stunner. Needless to say, Michael Keaton is fifth on this list just because he would fit the role like it was made for him!

Coming in at number four is none other than Michael Keaton! This veteran actor has proven his comic book worth more times over than I would care to count and has the acting chops to make every role one to remember. Keaton originally made ends meet by performing as a comedian, before slowly working his way through the Hollywood ranks. His eventual co-starring role in Ron Howard’s Night Shift (1982) is where his talent was first noticed, leading to big starring roles in movies such as Mr Mom (1983) and later Beetlejuice (1988). Fast forward about a decade, and Keaton was a prominent figure in comedy and action cinema as seen in Herby: Fully Loaded (2005), and White Noise (2005) respectively. This alone should make it obvious why Michael Keaton is on this list as the perfect candidate for Bruce Wayne. Whether the film or series will have comedic undertones or call for serious action sequences, Keaton is a perfect addition to the list of five actors who could play Bruce Wayne in Batman Beyond.

Comic book movies can sometimes feature beautiful talent who have never before featured on the silver screen. More often than not, however, it requires talent that has previously dabbled in the genre. Thanks in large part to his role in Spider-Man: Homecoming (2017), Michael Keaton may be the perfect Bruce Wayne candidate. Among a few others, Spider-Man: Homecoming is one of the highest-grossing films Keaton has starred in. One of the reasons for this boils down to the fact that his portrayal of Adrian Toomes/Vulture was so good, fans immediately asked to see more of the character. Part of why his performance was so admired is because Keaton admits how he loves playing the “every day/ blue-collar villain” – someone who is “relatable in a way”. Similarly, Keaton has confirmed how he adores playing roles that others would love to be in as well – like the part of “the billionaire”, for instance. This mantra, then, sounds perfect for someone who is a candidate for a billionaire detective with a dark secret, right? I certainly think so.

Moving right on from Michael Keaton is none other than Michael Keaton – the actor who I think is the best suited for the role among the five actors who could play Bruce Wayne in Batman Beyond. My reasons for this are plentiful, but they generally boil down to one: Keaton’s general badass demeanour begs for the role, and two: he is just such a good actor! One of his best works is Birdman (2014) in which he played actor Riggan Thomson; a faded Hollywood star best known for his role as the superhero Birdman, who struggles to take on other “more serious” roles. The movie portrays his character’s typecasting as a curse, as he struggles to mount a Broadway adaptation of a short story by Raymond Carver. In much the same way, I think Michael Keaton is being typecast as the badass villain in recent movies. It begs the question, however, of how well he might do if given the chance to play an actual superhero such as Batman (again)? A retired one, that is, but still.

Lastly, it may come as a surprise, but whatever future Batman Beyond project arises might be far more dramatic than anticipated. Bruce Wayne does not wear the suit very much at all in Batman Beyond, after all. As such, one might need to refocus their sights from whatever action hero star they had in mind and look toward someone who has much better dramatic acting chops. What about someone who has earned multiple awards for their drama career? Someone like Michael Keaton! It may sound strange looking at the kinds of films Michael Keaton has starred in recently, but apart from comedy and light action (he worked on a cool Tim Burton project in the 80s and 90s), Keaton is a renowned drama actor. The star received multiple awards for his role in Birdman, as well as select awards for Beetlejuice, Spotlight (2015), and The Trial of the Chicago 7 (2020). Given the awards, who best to spearhead a Batman Beyond film other than someone of this calibre?

As always, lists like these are highly subjective and we would like to note that there are no “perfect” actors for one single role… except for Wolverine, and Iron Man, and Deadpool, and even this – I digress. Of the five actors who could play Bruce Wayne in Batman Beyond, who do you think is best suited for the role? If there is someone else you would rather see [though you are wrong], let us know!