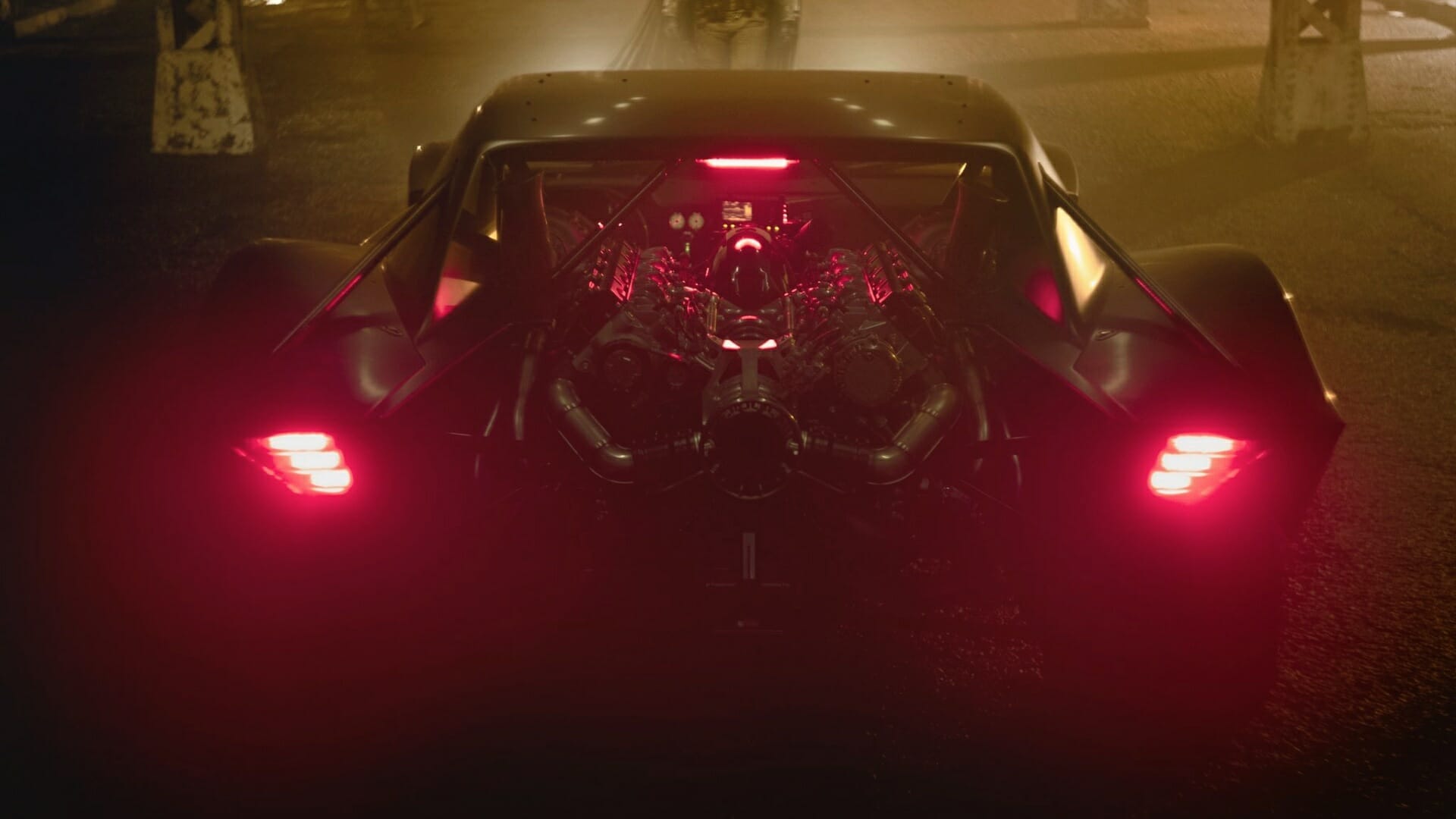 The newest Batman film is well underway and teases are pouring out from all possible avenues – including from the film’s director, Matt Reeves! In a set of photos for The Batman, he unveiled what is ostensibly The Batman Batmobile!

Unfortunately, there are only three shots of The Batman Batmobile. What is fortunate is how the photos give fans a much better look of the new car than the initial tease for the R Pats Batsuit. The Batsuit in question also features in the photos.

While it is obvious the vehicle was heavily customised, it looks very similar to something like a 1969 Ford Mustang or perhaps even the 1970 Dodge Challenger. As seen in the released photographs, The Batman Batmobile boasts a hefty engine in the back. We have no idea what kind of horsepower it is supposed to rock, but it looks incredible nonetheless.

I personally love the look of the dusty aesthetic mixed with the reds of the brake lights and bright headlights. It is most assuredly a noir film in almost all senses of the theme. The added glimpses of R Pats in all his Batsuit glory next to the vehicle is also a huge plus.

I am absolutely enamoured by the visual aesthetic that director Matt Reeves has applied to The Batman. I particularly like how believable Robert Pattinson’s Batman looks, from his suit through to the recently revealed Batmobile. The aesthetic has a level of realism that betters even that of Nolan’s Dark Knight. Essentially, it really does look like a man with the means, craft, intelligence and will to create everything he needs to become Gotham’s dark knight.

As such, I assume the car will have a gorgeously guttural sound. A low purr sending shivers down the spines of any Gotham criminal who hears it. In addition to being powerful, The Batman Batmobile will most likely also feature a series of handy gadgets and tricks. Perhaps not as advanced or modern as more recent films, but realistic enough to fit Reeve’s noir vision. As such, I have a feeling the vehicle will feature practical gadgetry like oil slicks, blinding lights, and sharp tacks to pop wheels. However it pans out, I am absolutely sure it will be a smash hit.

What do you think of The Batman Batmobile? It is what you envisioned? Let us know.