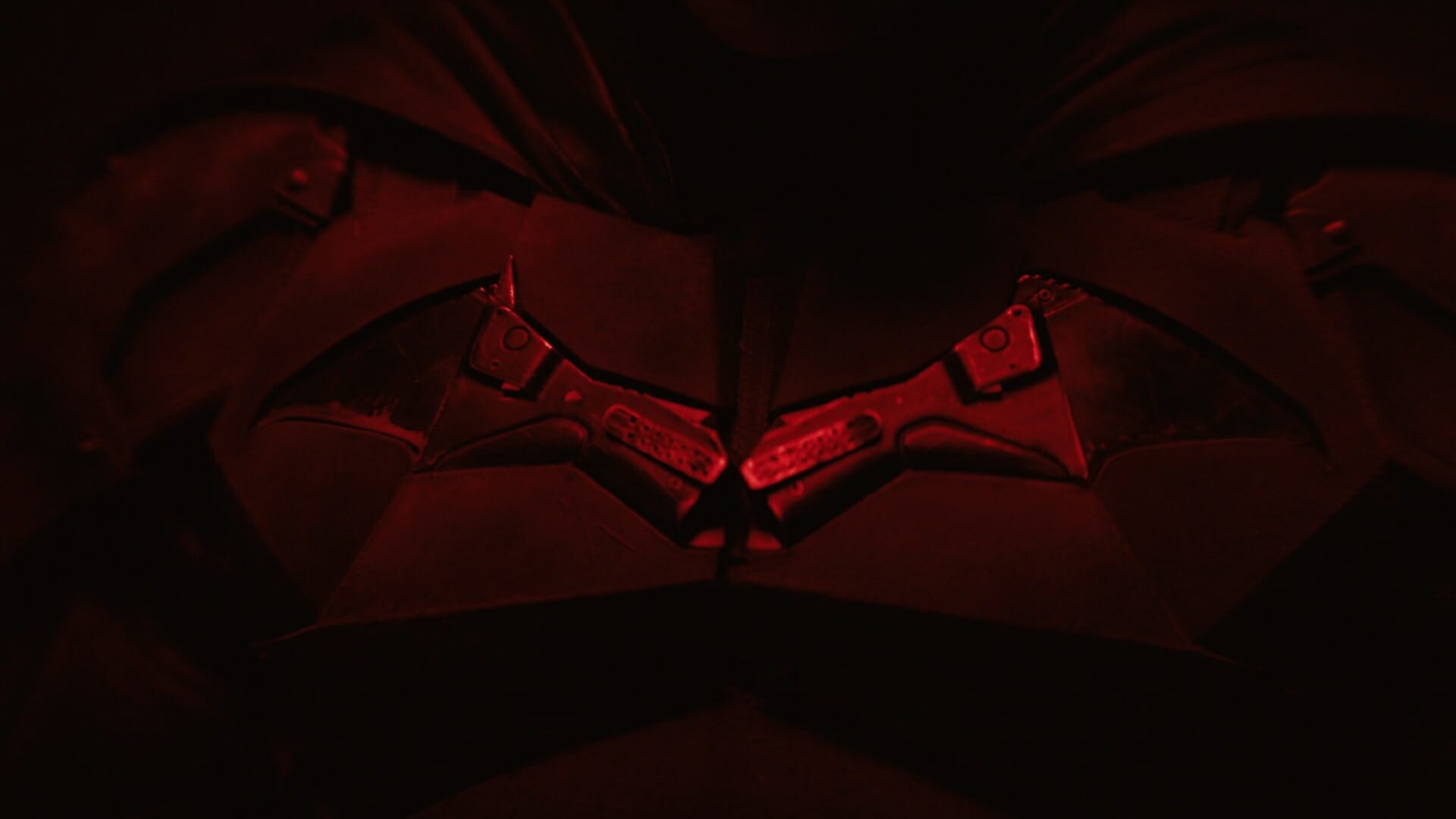 It is finally here, folks! Since news broke about R.Pats getting the role of The World’s Best Detective, fans have been clamouring for glimpses of what the suit would look like. Much in the same vein, I am almost certain director Mat Reeves could not wait to finally show fans a few glimpses either, which is why he has given us all a glimpse of the Robert Pattinson Batsuit!

Reeves took to Twitter in order to give fans the first look of the Robert Pattinson Batsuit by way of a quick camera test. The video starts ominously enough, with Michael Giacchino’s score slowly ramping up toward the big reveal. The camera slowly pans around to reveal a very rough chest plate with the Bat logo worked into the front. The shot then pans up to reveal Battinson’s sharp jawline and a sewn leather cowl. The entire scene is soaked in faded red lighting, which puts a lot of emphasis on how shadows fall on the suit. This is when you notice his hard pouldron raise a bit as he grimaces and stares into the camera. Oh. Em. Gee. Just #SUATMM!

The cape and mask are intriguing to say the least. There appears to be stitching clearly visible on the top part of the cowl, and rough edges along the back of Battinson’s jawline. This evokes strong Year 1– or even Gotham by Gaslight feels. On the other hand, the Robert Pattinson Batsuit also has a prominent cape – a collar that screams old timey detective trenchcoat.

I personally love this aspect about the Robert Pattinson Batsuit. The raw, rough stitching and quickly thrown-together hard chest plating tells me the rumour of the film taking place in Battinson’s second year is solid. This is excellent news, as I am more than ready to see a personal, raw, and very noir take on Gotham’s vigilante. Now that I think about it, it also reminds me a lot of the first Daredevil season on Netflix. If The Batman is half as good as that, I am all in!

I am ready for a new Batman. Like many, I cringe when I see Battfleck. Although Ben Affleck is a good actor, it is quite clear that he was not really interested in the role. Granted, he did not trash the iconic character in the way Jared Leto buried the Joker (and whomever green lit Suicide Squad). Nevertheless, I believe he could have done more with his role as Battfleck. Thankfully, Battinson is here to hopefully save the day.

The ‘blink and you will miss it’ reveal from Mat Reeves is fantastic. Short and sweet, but enough to whet our appetites. I personally really like the new design. It harkens back to a time when Batman was just starting out, when he was figuring out what his cause would be, and how he had to do everything himself (including making his own suit). The rough cuts, clear sowing lines, and a unique Bat sigil that looks like it was made from the metal of the gun that killed his parents; it really is a new and highly interesting take on this beloved character.

The Batman is slated to release on 25 June 2021, which is still a long while away. Until then, however, we are more than ready to see more of these “camera tests” for the rest of the cast. Zoe Kravits as Catwoman? Yes please. Collin Farrel as The Penguin? Heck yeah. Andy Serkis as Alfred? We are still on the fence about that one, but would be keen to see it. Regardless, we can all agree that the world needs more Battinson in our lives. At least for now, we can put this 30-second tease in the middle of our BatShrines.