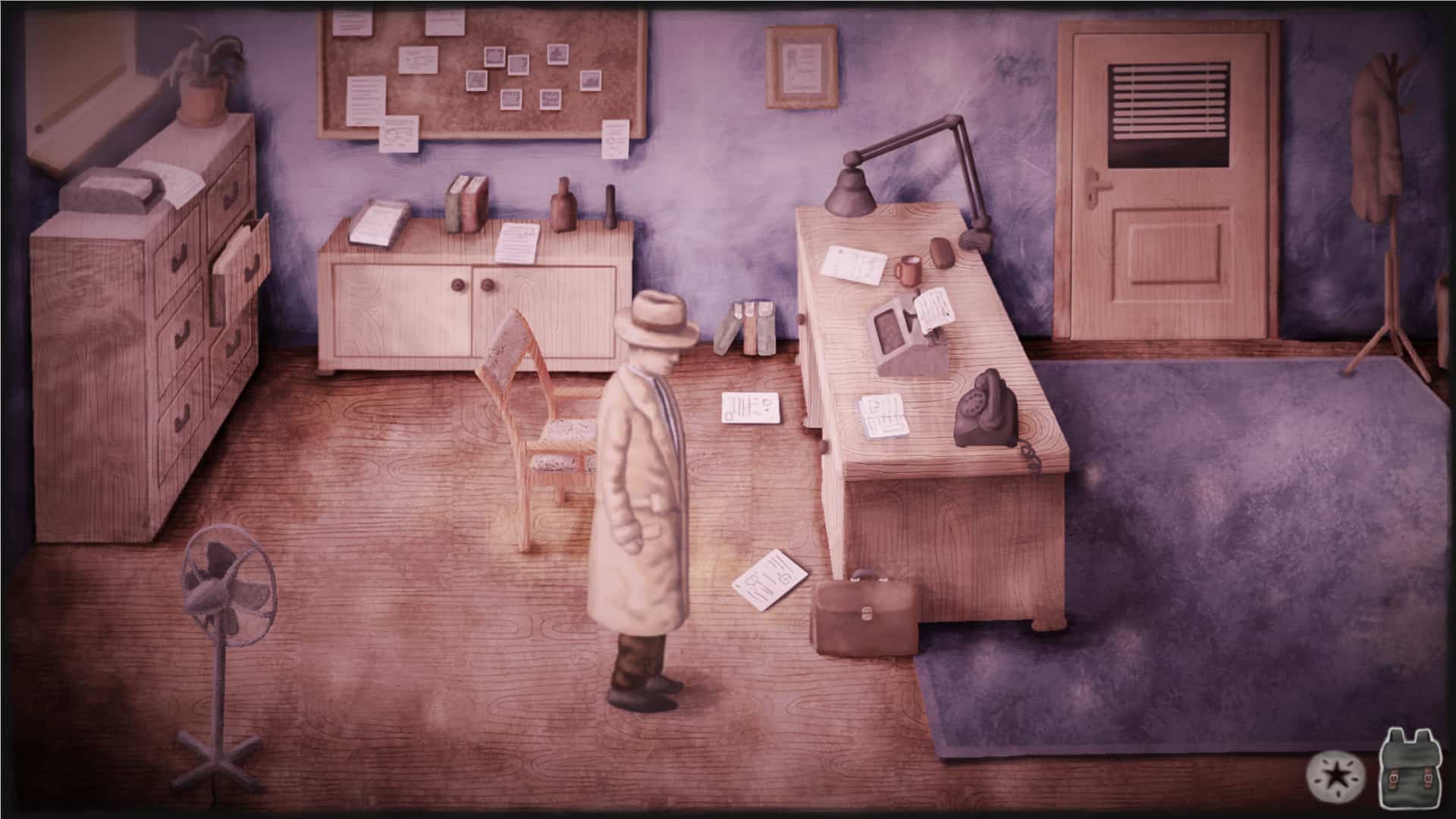 Earthworms, an artsy point and click adventure game, has made its way onto steam. As a classic point and click, the Earthworms game aims to please old school gamers while also appealing to fans of hand-painted aesthetics. The game has been in development for a long while, but is now finally on Steam.

In the game, you play as private detective Daniel White. White is endowed with “parapsychic” abilities and visions that help him solve investigations. At first glance, the case that he is a part of deals with missing teenage girls from a fishing village. With every new location, however, White will experience more and more weird situations, and discover that everything is leading to a big global conspiracy. Spooky! The situation soon becomes more complicated and develops into a much more mysterious and supernatural character.

Game designer, Wojciech Witowski, says that the world of Daniel White is “not one-dimensional”. Players “encounter elements of both horror and gore as well as surrealism and comedy”. He adds that the visions that White gets should “particularly appeal to game fans with artistic ambitions and fans of broadly understood science fiction”. He further describes how White’s universe will appeal particularly to enthusiasts of “Fox Mulder” or “the climate known from Twin Peaks and Donnie Darko”. The Steam trailer below will show you exactly what Witowski means.

Earthworms game is all about its strange art style. Hence why it leans heavily toward geographical narrative. Witowski mentions that one of the game’s biggest inspirations are the paintings of Edward Hopper — one of America’s “most important artists” in the 20th Century. He says that the soundtrack will also play an important role. It was composed by Piotr Surmacz, a composer who has worked on smaller games, documentaries, and short films.

In total, the Earthworms game features 34 painted locations, an adventure in a mysterious world mixed with surrealism and high-end science; an epic soundtrack; lots of challenging puzzles and “classic inventory interactions”; as well as the ultimate thrill of horror mixed with humour, beauty, ugliness, and weirdness. It certainly sounds very good.

You can find Earthworms available on Steam for just $6 USD.