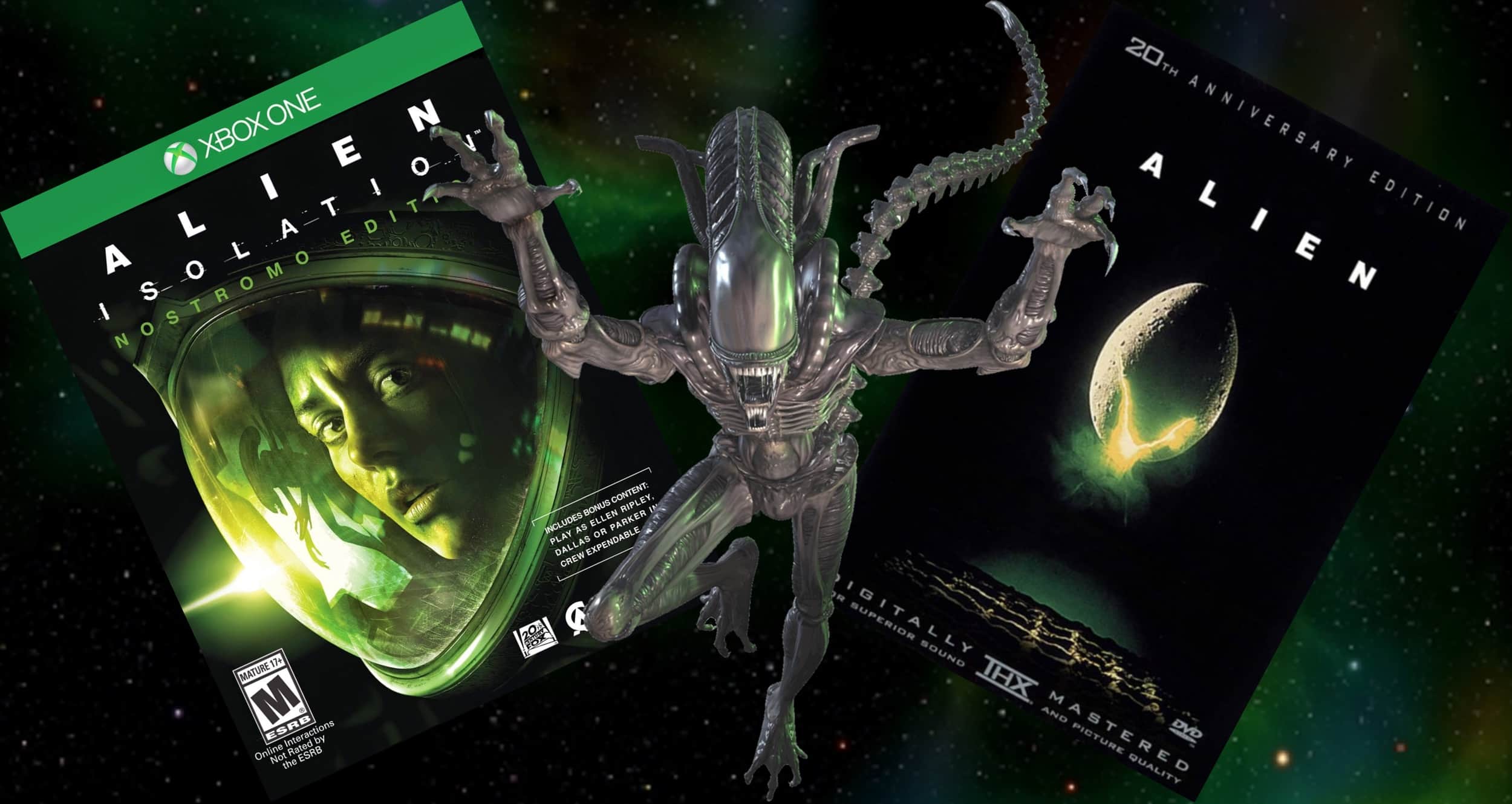 THIS COMPETITION IS CLOSED

Welcome to October. Better known as Halloween month in most parts of the world. Although this tradition is not really celebrated in South Africa; at Vamers we felt it would be a good time for a competition. With this in mind, we are giving away three ALIEN bundles containing the very first ALIEN (1979) film on DVD as well as the excellent Alien: Isolation (2014) video game (for Xbox One).

Ridley Scott’s ALIEN (1979) is a science fiction horror film that was years ahead of its time. Not only does the film feature some of the best special effects from the golden 80s era of horror, but it also has one of cinema’s most iconic scenes: the alien chestburster. That scene is so intense because the cast had no idea what was about to happen. So the fear and disgust you see in the faces of the actors is, rather surprisingly, completely and frighteningly genuine. Given the heritage of this film and our love for games, we decided to bundle this original cinematic masterpiece with the best game in the franchise.

Alien: Isolation (2014) is, without a doubt, the single greatest video game based on the very long running ALIEN franchise. Featuring an original story that takes place 15 years after the events of the 1979 blockbuster hit ALIEN, the game is a masterfully created sequel to the original film. Unlike all of the film to game adaptations that have come before it, this game was the first to truly capture the horror and intensity of going face-to-face with the ALIEN xenomorph. As such, bundling the game with the original movie was a no brainer.

Keen to win one of these awesome ALIEN bundles? Sure you are. Keep scrolling for the details. 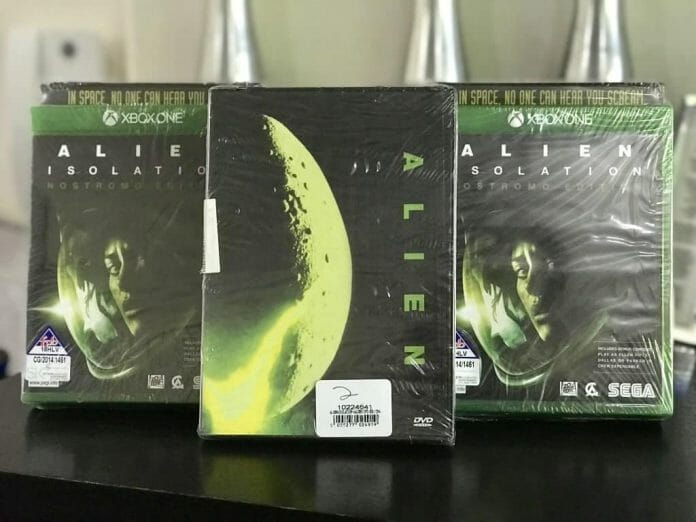 To enter this competition, do the following:

Look directly to your left and right. The first item you see in each direction will be the only items you have to face off with, and survive against, an ALIEN xenomorph. So how lucky/unlucky are you?

Step 1: Simply comment below this post with your answer. Please include both items and how you plan to use them.

The Win With Vamers ALIEN DVD & ALIEN: Isolation Game Bundle competition closes on Tuesday the 31st of October 2017 at 17:00. So please make sure to get your entries in before then.

The Win With Vamers ALIEN DVD & ALIEN: Isolation Game Bundle closes at 17:00 on Tuesday the 31st of October 2017. The person who provides the best submission, as judged by the Vamers staff, and who follows the competition instructions properly will be declared the winner of this competition. The judges’ decision is final and no correspondence will be entered into. The winner will be announced at Vamers discretion after the competition closes. Vamers will endeavour to deliver the prize within 2-8 weeks as described, however, cannot accept responsibility if the prize differs from advertisement in presentation or value. This competition is only open to residents of South Africa. Entrants under 18 years of age must seek permission from a parent or guardian before entering this competition. Entrants must be over 16 years of age or have parental consent to enter this competition. The main prize consists of: one (1) Alien: Isolation physical game for Xbox One and one (1) ALIEN (1979) DVD for three unique winners. There is no cash or prize alternative and all prizes are non-transferable. Only one grand prize winner per competition unless otherwise specified. Entrants are free to enter as many of the other competitions as they would like, however only one entry per person will be accepted in each competition. Winners use and accept prizes at their own risk. Vamers and the prize sponsors, if any, cannot be held responsible for any injury, accident or loss of property as a result of accepting and/or using the prize. Winners who do not claim the respective prize winnings within 7-days of being declared a winner will forfeit the prize to Vamers. By entering this competition, entrants acknowledge that Vamers has the right to disclose any and all submitted information, whether personal in nature or not, for publication on radio, television, printed media, social media and other Internet publications. Entrance into this competition includes automatic subscription to the Vamers Store Newsletter. Vamers and the prize sponsors, if any, reserve the right to cancel the competition at any time and shall not be liable to entrants for any action whatsoever. Vamers reserves the right to alter competition rules or prizes at their own discretion. Alterations become effective immediately and entrants shall not have recourse against Vamers or the prize sponsors. This competition is not open to staff (or members of their immediate families) who may be associated with the Vamers website or prize sponsors.